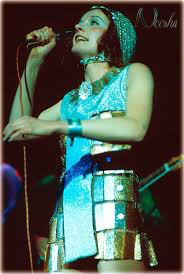 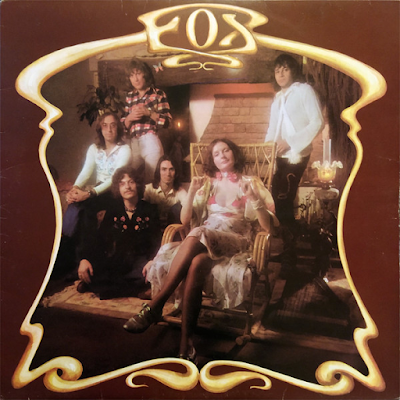 Fox were one of those groups that grew out of glam rock but had a more pseudo-sophisticated, quirky sound. Sparks and 10cc were probably the best examples of this sort of group, but Fox weren't far behind, albeit briefly, just for this one album, really. Producer Kenny Young created the group, using Australian vocalist Susan Traynor and renaming her Noosha Fox, giving her a bit of mysterious allure. Of course, all of us sixteen year old boys fancied her at the time.

The songs
The album opens in low-key fashion with a piano and organ-powered cover of Ketty Lester's Love Letters. It highlights Noosha Fox's smoky, breathy voice, however.
The group's second chart hit was the catchy, beguiling Imagine Me Imagine You. It has that arty but commercial rock sound that was around in 1974-75, inspired by Roxy Music, 10cc and Cockney Rebel and taken up by bands like Fox, Sparks and even ones like Pilot.

The Juggler goes all a bit hippy/mystic. There was also a little bit of classy pretension about Fox. It has a nice, deep bass line and another sexy vocal.
Patient Tigers continues in that vein too. There seemed to be a conscious effort to sound beguiling, mysterious and enigmatically sexy (the album's cover backed that up too - Noosha in a wicker chair in a floaty, attractive dress looking thoughtful), and certainly the big debut hit single fitted the bill.
Only You Can began with a "false" intro of another melody before it launched into a maelstrom of Judy Teen-esque Steve Harley and Russell Mael-isms. It was beautifully, kookily perfect.

The ambience and lyrics do tend to sound a little like sixth-form poetry at times though particularly in the quasi-philosophical, grandly orchestrated The More. The airy, breathless and catchy Spirit is a good one, though, and Noosha's Fox floats sexily all around, captivatingly. It was always my favourite from the album back in the day. Quite what "oh - vla, vla, vla, vla, vla Spirit.." meant though is unclear. "Vla"? Were they inventing a new language too? Another one I liked was the thumping, singalong commercial, country-ish rock of He's Got Magic.

Pisces Babies had another hippy-ish lyric but it has an airy (but also bassy) inviting rhythm to it and another seductive Fox vocal.
Love Ship is also floatily appealing. Red Letter Day begins with some string orchestration before a catchy chorus fades in. It is once more an instantly attractive song. You can sing with it immediately. There is some good material on this album. I find the occasional listen to this album to be a refreshing breath of fresh seventies air. There is still a place for this album in the world.

Two interesting pieces of trivia regarding this album are that Kenny Young wrote Under The Boardwalk for The Drifters and that Ben Goldacre MBE, a noted British physicist and academic, is the son of Noosha Fox. 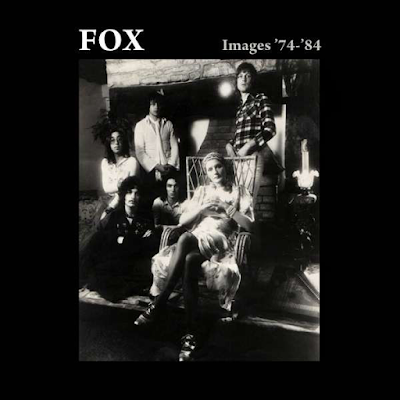 Fox were one of those groups that grew out of glam rock but had a more pseudo-sophisticated, quirky sound. Sparks and 10cc were probably the best examples of this sort of group, but Fox weren't far behind, albeit briefly, just for this one album, really. Producer Kenny Young created the group, using Australian vocalist Susan Traynor and renaming her Noosha Fox, giving her a bit of mysterious allure. Of course, all of us sixteen year old boys fancied her at the time.

The songs
This is a compilation of all the 'A' sides and 'B' sides that Fox released in the period 1974-1984, plus a fair amount of album material from their three albums. The dates are a bit confusing for, as far as I can see, the last single they put out was Electro People/If You Don't Want My Peaches in 1981. (Incidentally, Electro People is a quirky, post punk-ish electric pop number). There is a single from 1982, though, it would seem -  Model In A Leotard and some tracks that I cannot find out about that presumably come from the 1983-84 period. I only have the download version, so I do not have access to the sleeve notes. I have had to find out what I can.

The three albums were Fox (also reviewed) and Tails Of Illusion from 1975 and 1977's Blue Hotel. It is a shame they can't be included in their entirety. Only the first album is readily available on CD or to download at present (early 2019).

Anyway, on to this release. As many have commented upon, the sound is pretty questionable. It sounds very "needle-drop" to me (sourced directly from the original vinyl), although it doesn't have the crackles that they usually do (although I detected some on Dejenina ). What it is, though, is very muffled and lacking in sharpness and clarity, as if somebody has put a blanket over the speakers.

Little Brown Box is particularly unimpressive. Silk Milk not much better, or indeed Survival. The tracks from Tails Of Illusion seem to be the worst offenders. Maybe this is not bad remastering, however. Maybe they just weren't recorded very well in the first place. The 1981-onwards single tracks, for example, sound much better. They also have a punky, oddball appeal to them. Dancing With An Alien is very Ultravox-esque with vague Bowie hints too. Irritatingly, the tracks are not included chronologically.

Anyway, apart from the "Fox" album, this collection is all that is available from this unique, quirky band. Sound problems or not, the occasional listen to tracks like If I Point At The Moon, Strange Ships or My Old Man's Away are always pleasurable. Magic Machine has an uplifting hippy feel to it. S-S-S-Single Bed was a great single too. I am sure the young Kate Bush must have listened to Fox back in the mid-seventies too. 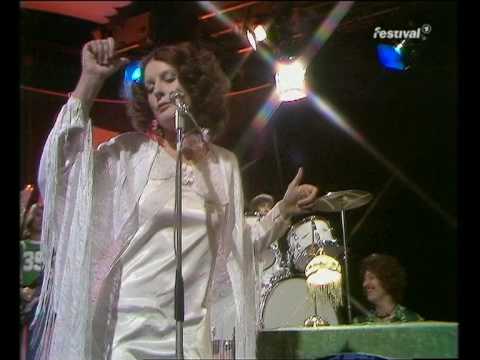