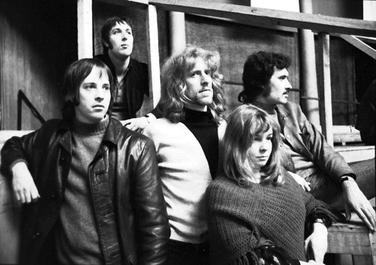 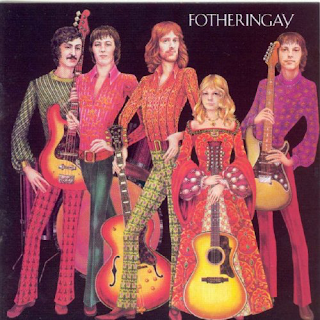 Not long after recording the seminal, ground-breaking folk-rock album Liege And Lief with Fairport Convention, vocalist Sandy Denny left and with future husband Trevor Lucas formed Fotheringay. This debut (and, unfortunately, only) album was released in 1970.

It was not an album that drew on traditional folk balladry, like Liege And Lief had memorably done. It was almost a rock album with folky elements, to be honest. Quite a bit of “country rock” about it too. A full band is used - proper drums, bass, electric and acoustic guitars and piano. The first track sets the mood - Nothing More  is a solid, powerful mid-paced rock song, with a warm, rumbling bass and some excellent electric guitar. It is perfect laid-back folk-influenced rock. The Sea is beautiful, with Denny’s voice in full, haunting Reynardine mode and an addictive bass rhythm underpinning the song. Some lovely lead guitar bits flitting here and there. There is something about this song that Van Morrison would use to great effect in the future - just that blend of acoustic strumming and vocal. 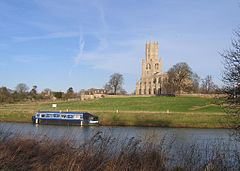 The Ballad Of Ned Kelly sees Lucas on lead vocals. The narrative tale has real flavours of The Band’s The Weight. Some delicious, heavy-ish bluesy rock guitar in the middle. This is certainly not really a “fiddle and real ale” album. There are some convincing, credible rock elements to it. Winter Winds is an entrancing, quietly atmospheric song, with a beautiful, understated bass line and a gentle vocal from Denny. If anything it is too short.

Peace In The End is a longer number, this time a male vocal slow rock number, with some pedal steel guitar parts. There is a confident power to the delivery of these songs and a general pleasurable, almost joyful feel to the ambience of the whole album, even in the sadder, more reflective passages. You feel the band enjoyed making the album.

The cover of Gordon Lightfoot’s The Way I Feel is probably the most folky song on here, lyrically, but the backing is very Crosby, Stills & Nash-harmonious country rock. There is some excellent lead guitar at the end, together with an addictive bass/drum/guitar interplay to finish.

The Pond And The Stream is an ethereal, tender song that wafts in and out, again, in a very CSN manner. Another lovely vocal from Sandy Denny. The cover of Bob Dylan’s Too Much Of Nothing, (from The Basement Tapes) is a solid, Band-style rocker, again featuring some great guitar. The rhyming of “Vivien” with “oblivion” always made me smile on Dylan’s original. Here they use “Marion”, as did Peter, Paul and Mary on their original cover. The bass lines on all this album are very similar to those used on Bob Dylan's John Wesley Harding album and on Crosby, Stills and Nash's 1969 album. Very melodious and subtle. 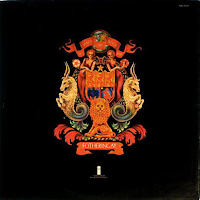 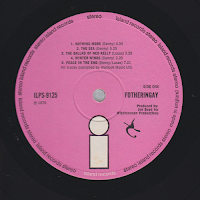 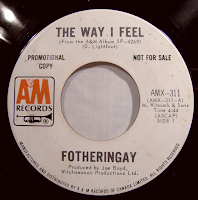 The extended closer, Banks Of The Nile, is the album’s one concession to traditional ballad sources and a corker it is too. A beautifully sung narrative concerning a sailor serving in the British Navy on the banks of the Nile and his lover who wants to go with him. Just gorgeous, musically, vocally and lyrically.

This was simply a perfectly executed piece of work. Such a pity that it was their only one. It was pretty faultless.

PS - the photo at the top is of Fothering(h)ay Abbey in Northamptonshire, after which the group were named. I remember a canal holiday as a child and our narrow boat floating round the corner and seeing that view. Even then I was overwhelmed.