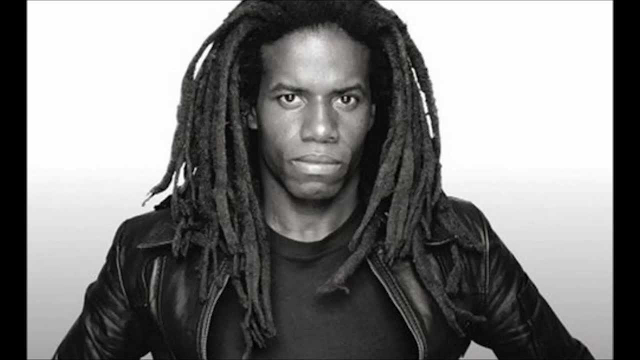 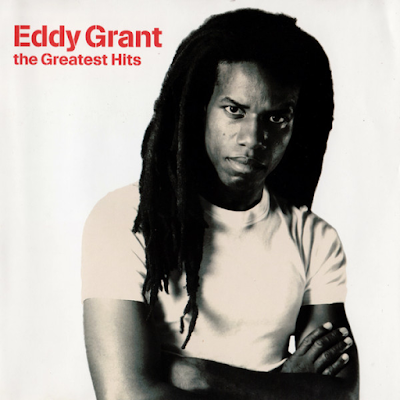 Eddy Grant made his name in the late sixties as the singer in the ground-breaking multi-racial band The Equals, best known for their huge chart hits Baby Come Back in 1968 and Viva Bobby Joe in 1969. early a decade later he resurfaced as a difficult to categorise artist who combined reggae rhythm and consciousness with rock riffs, funky breaks and a singalong pop sensibility.

The songs
This is a very listenable quick slice of quality chart material. The hits are many, beginning with Electric Avenue, which unfortunately is included here first up as a dance music "remix" which loses a lot of its original roots reggae and rock-merged atmosphere.
Grant's biggest hit was the catchy summery number one I Don't Wanna Dance, while both Killer On The Rampage and Can't Get Enough Of You used poppy synthesiser breaks with denser rock drums and roots reggae bass. The latter has a vague reggae-ness about it, but not much, really. It is more of a bassy pop song. The almost proggy synthesiser takes most of the roots from it, although Grant does have a Marley-esque voice in it.

Living On The Frontline has a "conscious" message to it and definite roots undertones, but again, the dominant riff is a keyboard one. It is a powerful song, though, one I would have loved to have heard given a true roots makeover. I remember at the time that quite a few people (non-reggae fans) bought Eddy Grant material and thought they were getting into roots reggae, which was most certainly not the case. Although I am unfortunately verging close to "roots snobbery" here, I cannot and will not deny that this is undoubtedly a great record. It has some killer electric guitar in it too.

Grant was always concerned about South African issues, and the next two tracks highlight that. The lengthy groove of Hello Africa has a thumping "township jive" beat to it and an intoxicating rhythmic. I love South African music, so I am guaranteed to like this. The irresistibly poppy and anthemic Gimme Hope Jo'Anna is just great. Yes it is lightweight and singalong, but I have always loved it. Play it on a hot summer's day. Guaranteed to lift you even higher. 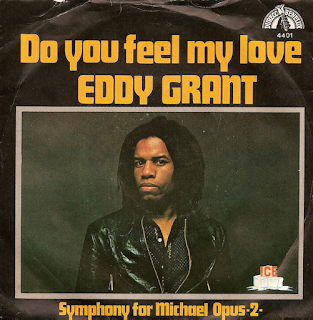 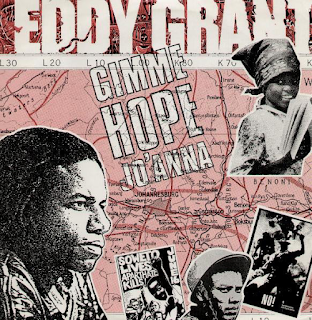 Another Revolutionary evokes the spirit of Bob Marley's Redemption Song on a slow, acoustic guitar and keyboard-driven meaningful song.
Latin Love Affair sees Grant going all Latin-sounding with a syncopated, samba-style rhythm. Do You Feel My Love has one of the album's most authentic upbeat reggae rhythms, mixed with the obligatory synthesisers, rock guitar and rock drums. What Grant had on all these hits, though, was an instinct for a hook, hence the resultant chart success.
Baby Come Back, that afore-mentioned lively sixties hit, is included. It sounds a bit incongruous alongside the other material, but it one hell of a stomper and went down a storm in 1968. As a ten year-old, I remember loving it, thinking what "serious" musical taste I had. I was right, it is still a corker of a track.

War Party is another one with a convincing reggae backing, with echoes of deep dub in places. It is one of the album's bassiest, rootsy numbers.
Walking On Sunshine is a lively, slightly funky "Soca"-influenced groove with an eminently danceable beat. It features some funky wah-wah guitar. It was also taken into the charts by Rockers Revenge.
Nobody's Got Time is a dance-y, thumping number with some excellent blues harmonica.
Thankfully, the original Electric Avenue is up next, and it is much better than the remix, full of the punch and guitar riffs that made it a unique single.
The final track is the soulful dance of Ten Out Of Ten. Listening to this album again makes me realise not only how many hits Eddy Grant had in a comparatively short period of time, but what an inventive quality there was to his music. 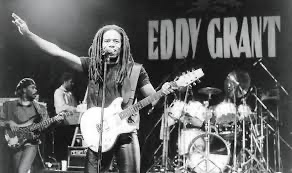