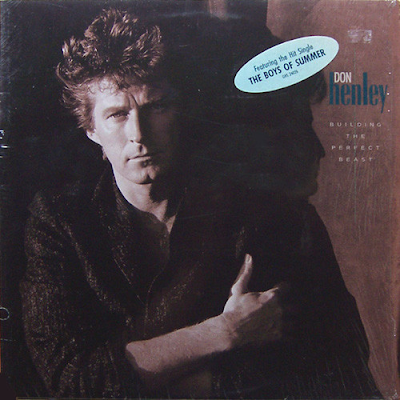 The Boys Of Summer/You Can't Make Love/Man With A Mission/You're Not Drinking Enough/Not Enough Love In The World/Building The Perfect Beast/All She Wants To Do Is Dance/A Month Of Sundays/Sunset Grill/Drivin' With Your Eyes Closed/Land Of The Living
This was Don Henley's second solo album after all those years with The Eagles. As with so many eighties albums, it is easily identifiable as being very much of its time - polished, sharp production, crisp sound but layered with synthesisers. Lyrically, Henley (together with Danny Kortchmar) always has the tendency to go a bit deep and reflective, and also political in his concerns for the well-being of the world. It is again, though, very much of its era.

Despite its mainstream pop radio production, Henley still wants to get his message across, and he does, which renders this still a credible album.

The Boys Of Summer is a wonderful opener, ideal radio driving fare, full of summery atmosphere and a nostalgic feel to the lyrics too. Henley's recognisable Eagles voice is ideally suited to the track, although the eighties production is a little tinny. As yet, the album does not appear to have been remastered. For me, the track would be much better with "real drums" as opposed to those eighties synthy, muffled drum sounds.
You Can't Make Love is a slow-burning but atmospheric number with a soulful, appealing vocal from Henley.
Man With A Mission is a rocking romp which again could be improved with better instrumentation. It certainly rocks though, full pelt.

You're Not Drinking Enough is a mournful, Eagles-style country rock ballad. Not Enough Love In The World is a sumptuous mid-pace, moving number. Lovely vocal, lovely feeling to it. Henley's gritty but evocative voice is at its absolute best here. It has echoes of John Waite's Missing You.
Building The Perfect Beast is a suitably industrial grinder with an intoxicating, shuffling beat but too much synthesiser for me. It could be so much better, I have to say. Despite that, it is still a good track. Those synth drums continue on the next number, All She Wants To Do Is Dance, which is very much a song of its time. Everything about it screams "mid-eighties". Even The Rolling Stones and Queen were putting out stuff like this. There is a good riff in there somewhere, though.

A Month Of Sundays is a plaintive, piano ballad with some meaningful lyrics about agricultural decline and inter-generational disconnection. It is probably the best song on the album. It merges into the appealing rhythm of Sunset Grill. Just when I was starting to enjoy it, though, in comes a huge synthesiser riff. Another eighties riff powers Drivin' With Your Eyes Closed. Land Of The Living is a short but pleasant number to finish on.

This is certainly not a bad album, but for me it is too representative of its time to justify my digging it out too often. I much prefer Henley's Eagles work or his 1989 End Of The Innocence album. 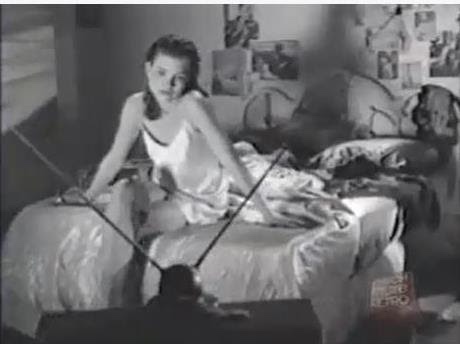 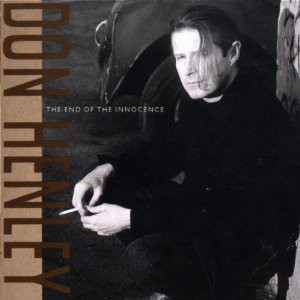 This was ex-Eagle Don Henley's third solo album. I remember getting it back in 1989 and being relieved that, for an eighties album, it was decidedly synthesiser-free, and was a proper rock album in that guitar, drum, piano West Coast way that it had. It was a pleasant mix of hard rockers and moving, melodic, romantic rock ballads. I much prefer the love songs, and some of the rockers are a bit run of the mill. For some reason though, I find it a bit dated these days, which is possibly a little harsh as it still has its good points. Possibly the slightly muffled, unremastered sound and those accursed programmed drums. What was with that strange hairstyle on the front cover, though, Don?

The End Of The Innocence will always be a delight. Featuring the instantly recognisable piano sound of Bruce Hornsby, it is a perfect piece of summer's day, easy West Coast rock. The piano refrain is thoroughly irresistible, as too is the chorus and the lyrics are crammed full of wonderful bits of imagery - "they're beating ploughshares into swords for this tired old man that we elected king...". Quite what it referred to is unclear, but the whole song is perplexingly appealing. It has a timeless ambience to it that ensures one never tires of it. The moment you hear those piano notes it gets you. Simply beautiful and uplifting. Henley's vocal is superb too. Evocative and gravelly-soulful. Check out Wayne Shorter's haunting soprano saxophone too. 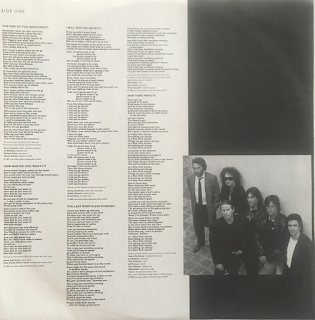 How Bad Do You Want It? is an Eagles-sounding chunky rocker(at their heaviest), with added saxophone. It is very much of its time, with its eighties drum sound. However, it sounds better than I remember it. Henley's voice is a sort of Rod Stewart meets Southside Johnny mix.
I Will Not Go Quietly is another solid rocker and features Axl Rose from Guns 'N' Roses. It has a thump to it, but again is marred by its very late eighties production, which has left it with a certain indistinctness, despite its power. This is one of those tracks on the album that I find a little superfluous.

The Last Worthless Evening gets things back on track - it is a marvellous slice of emotive romantic rock, with another captivating hook. It is one of my favourites.
The atmospheric, vibrant, Billy Joel-esque New York Minute is one of the album's definite highlights. It has a sense of drama to it and a great, deep bass line, but is another one that suffers from its production. I do feel that all these songs would sound much better with a more traditional rock backing - "proper drums" for a start.
Shangri-La has a soulful funkiness to it. Henley also sounds a bit like Sting in places on this one. Little Tin God has some excellent riffage and a vague reggae lilt to its melody. It has an infectious chorus. It is the best of "the others" on the album.

Gimme What You Got has a grinding, industrial, slightly mysterious riff. It sounds like a John Mellencamp song. I tended to overlook it at the time, and, although nothing special, it is better than I remembered it. Some killer guitar in the middle. At over six minutes, however, it probably is a couple of minutes too long.
If Dirt Were Dollars is the heaviest cut on the album. Again, it is solid, but nothing to stick in the mind for long.

The Heart Of The Matter is a classic epic heartbreaker to end on - another solid, lengthy lovelorn number with a great driving but dignified rock feel. As I said earlier, I find the album slightly dated now and don't dig it out too often. When I do, though, I always find it tremendously nostalgic. "Offer up your best defence - this is the end of the innocence...". 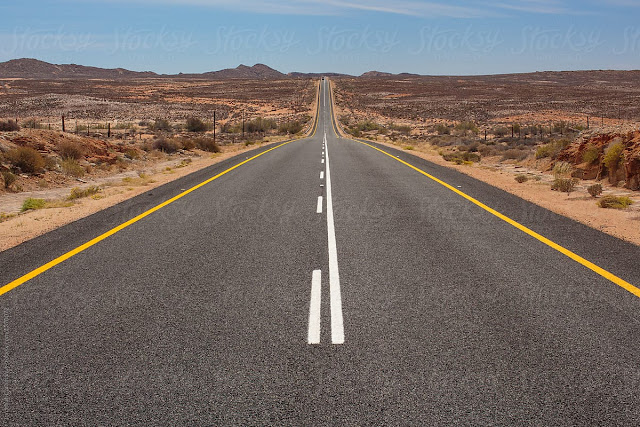