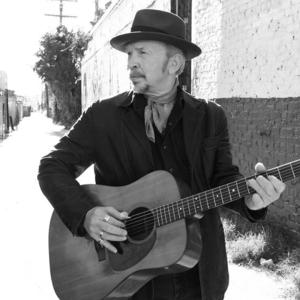 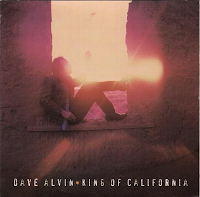 I can't believe this album has passed me by for so long. I have only just discovered after reading a comment from someone saying that it is the album contemporary-era Bruce Springsteen would love to have written. You know what - they are dead right. If Springsteen had released this instead of Western Stars it would be received as a work of genius.

Alvin and his brother Phil were in a group called The Blasters, and I have to admit ignorance of both them and their work. He then decided upon a solo career and what he delivers here is country blues with tinges of rock here and there. Alvin has an expressive voice and writes some seriously good lyrics in the Springsteen-esque cinematic, character-driven style. There are influences of Bob Dylan, bluesy Rolling Stones, Ry Cooder and later-era Johnny Cash floating all around the album. In turn I am sure both Springsteen and Mark Knopfler will have heard this and been influenced by it. Mary Chapin Carpenter too. Mexican and Tex-Mex sounds make occasional appearances too. It is a highly atmospheric slice of little-known (to many people) Americana. I am delighted to have come across it.
The opener, King Of California, has echoes of early Bob Dylan in its verse structure. It is a gently strummed, dusty-sounding acoustic number that develops into some frantic finger-picking and ends with a punchy rock beat. Barn Burning is a shuffling, bluesy groove with an infectious rhythm and some Ballad Of Hollis Brown-style lyrics. The influence on here is quite Tom Waits-ish with that loose, lively sound that Springsteen achieved on his "Sessions Band" recordings. I think Joe Strummer would have loved this too. I read somewhere that Alvin was too nervous to say hello to Strummer on the one occasion when they were in the same place. A nice story. In the whole interview, Alvin came across as a genuine, sincere and thoughtful guy, and one who knows his music history too.

Fourth Of July is full of fairground day atmosphere, rather like Springsteen's rarely-heard rarity, County Fair. It really is a great song. Goodbye Again is a fetching country duet with vocalist Rosie Flores. It has some nice Mexican-style guitar and accordion on it too. East Texas Blues features, as you might expect, some bluesy acoustic guitar and uses the blues tradition of repeating the same lyrics twice before finishing the verse with a new line. It is a beguiling, mysterious song. Every Night About This Time is a quiet, tender song with Alvin singing deeply and movingly. It is a bit of an archetypal down on one's romantic luck country lament. Half way through a solid rock beat kicks in to give it some stately power. Bus Station is a song of the road. Alvin whispers-semi speaks his vocals in the way Mark Knopfler would make an entire career out of. It is quite Johnny Cash influenced too. Lyrically, not only Springsteen can write this sort of thing. Mother Earth is a blues, country stomp. Knopfler can be heard all over Blue Wing too, uncannily so.

Little Honey is a marvellous piece of country blues rock, full of late sixties Rolling Stones influence and breaking out into some slide guitar-driven rock at the end of it. Great stuff indeed.
(I Won't Be) Leaving is a slow, mournful sad tale. "I sit up smoking, wipe the ashes off the bed....". Alvin has a great turn of phrase, creates evocative images and comes up with lyrics Springsteen would have been proud of himself. What Am I Worth features female co-vocalist Syd Straw duetting with Alvin on an upbeat, amusing country romp. Border Radio is incredibly Springsteen-esque, before The Ghost Of Tom Joad and before Western Stars. It must also have influenced Mark Knopfler greatly. You can hear it in every line and cadence. 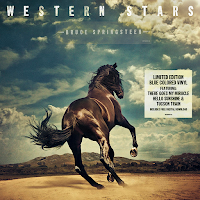