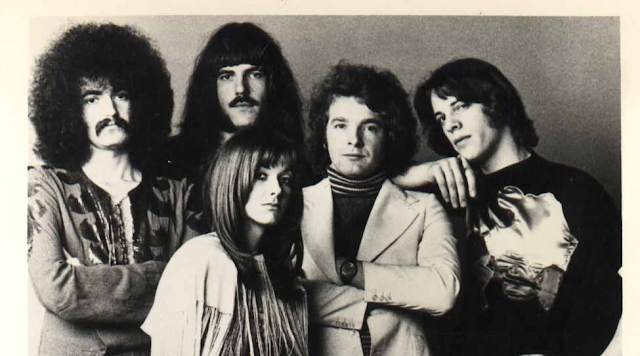 Curved Air were seen as "progressive rock" pioneers - an amalgam of hard rock guitar and vocals, classically-styled violin and strings, psychedelic drums and ambience and a weakness for instrumental indulgence. They were impossible to categorise to be honest, other than as "prog rock". There is something harder about them, though, something heavier which again make them something of a unique contradiction. 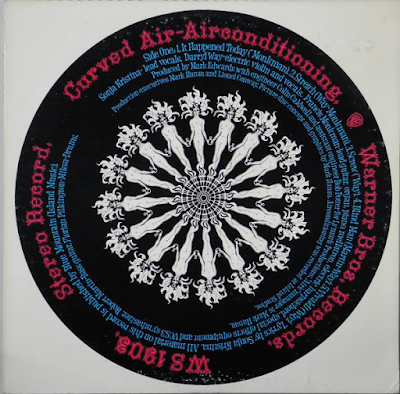 This was Curved Air's debut album and a most unusual, innovative creation it was.
It Happened Today kicks off as a chugging, bluesy boogie rock number, with Sonja Kristina doing what she does best with her powerful vocal, before it merges into a reflective, classically-influenced ambient passage featuring Darryl Way's violin. This was the essence of Curved Air - plenty of diverse instrumentation that nobody had really experimented with before, certainly within a conventional hard rock setting.
Stretch has a firm rocking beat and a Deep Purple Black Night-esque riff but also some hints of upbeat folk rock. Once more, it pushes several boundaries for the time. Superb guitar merging with violin and a very prog rock drum sound.
Screw again features some delicious violin, solid psych-ish drumming and another strong but beguiling vocal.

Blind Man has some dreamy, folky hiccuppy vocals over its quirky string backing and gently rhythmic drums. Vivaldi is very typical of prog rock sensibilities - showing off their classical bent with some crazed violin while merging it with some rolling rock drums. Personally, I prefer it when Curved Air let Sonja loose to rock, that is not to ignore the virtuosity of parts of this track though. It is inventive and clever, but to me is a tad indulgent, particularly by the end when a discordant electric guitar arrives. Enough. 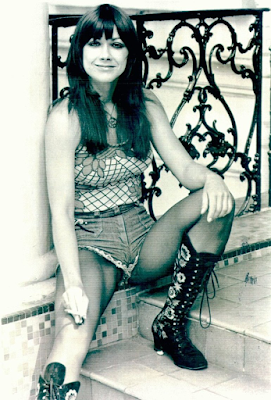 Hide And Seek returns to rock and vocal, with a beguiling, again slightly folky vocal. Despite remastering however, this track in particular is still a bit scratchy and tinny in places. Proposition is a very archetypal early seventies prog/psychedelic rocker. It is difficult to describe, but it is instantly recognisable when you hear it.
Rob One is a beautiful violin, piano and drum instrumental. Situations starts plaintively but ends up as a superb slice of rock, with some deliciously buzzy guitar and a big rumbling bass beneath it.
Vivaldi (With Cannons) adds some sound effects to the violin soloing for a few minutes to end a album that is very much an acquired taste. This remastered version is an improvement, but there will, I feel, always be a few faults in the sound that can never be ironed out. The new, extended version includes the slightly punky Thinking On The Floor which is excellent and really should have been on the original album. The bass and wah-wah guitar groove of What Happens If You Blow Yourself Up? is really good too. I really like these two tracks. Funnily enough, the alternative takes included of several of the album's tracks are more appealing, to me. Rob One (Take 2) is particularly good. The John Peel show live cut of Propositions simply crackles with a wonderful vitality. Superb bass on it too. It also merges into some of What Happens. The version of Young Mother in Style, introduced by Alan Freeman, but listed as from the John Peel show, is the same one as included on the Second Album extras. The other live session cuts are unique to this album, however. The sound quality on them is much better than on the session tracks on the "Second Album" too.

Personally, I prefer the group's second album, titled, originally, Second Album, but I realise the importance of this one and accept that it needs a few listens. 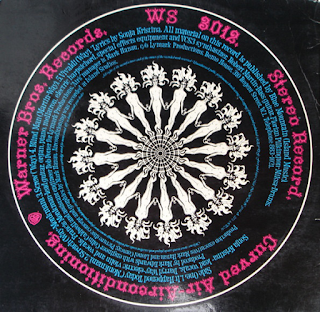 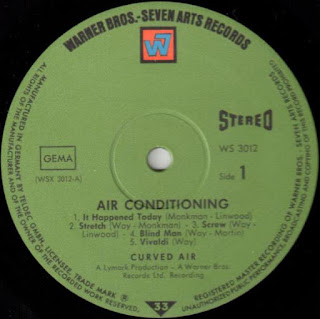 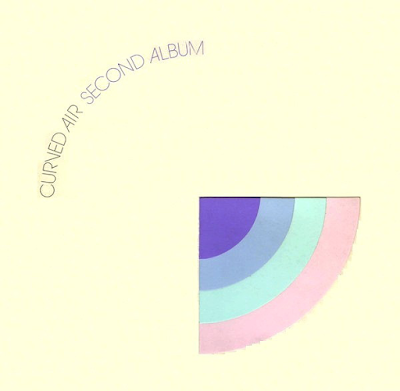 Young Mother/Back Street Luv/Jumbo/You Know/Puppets/Everdance/Bright Summer's Day '68/Piece Of Mind
I was twelve in September 1971. I was vaguely aware of Curved Air, as they played at the rock club in my town - Friars in Aylesbury and they had a singer in Sonja Kristina who older boys went "phwoor" over. They actually had their only hit single in the same month - Back Street Luv got to number four, but I have no memory of it. I preferred T. Rex, Rod Stewart, The Tams and Diana Ross. As I got older I enjoyed the thought of Sonja, but considered their music to be uncategorisable and tarred with too much of the accursed "prog rock" brush. Later years have found me exploring the music of this band that certainly were difficult to pigeonhole. Maybe that was what made them interesting.

For a band that, while critically-acclaimed in certain quarters, have slipped under quite a few people's radars, their influence on others/influences on themselves can be discerned far and wide on this album - the avant-garde synthesiser sound and beguiling lyrics of Roxy Music; the melodic miserableness of The Velvet Underground; the haughty vocal delivery of Siouxsie Sioux; the madcap electric violin of early Cockney Rebel; the progressive adventurousness of Greenslade and The Strawbs; a funky organ sound from funk/soul music; even some cadences of The Who in small places. Quite a list. Furthermore, Sonja Kristina has countered the "folk influences" question by saying that fellow band members Darryl Way and Francis Monkman would not have countenanced such a thing, considering folk far too simplistic for their grand musical ambitions. However, you can hear the versatility of Pentangle and the vocal tones of Fairport Convention's Sandy Denny on this album, for me. There are even just the odd note here and there that bring to mind Steeleye Span.

So, that is a whole lot to be getting on with when considering just what Curved Air were all about. On to this most quirky, oddly captivating album. 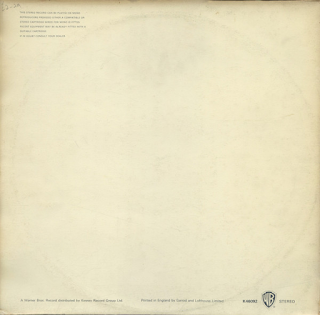 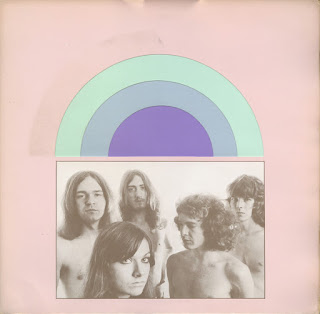 Young Mother is a mysterious opener, full of some wild proggy ELP-style organ sounds and a sonorous classical influence. Sonja's voice is beautifully haunting and that electric violin swirls all over the place, together with some delicious Eno-style keyboard noises. Every now and again it breaks into an intoxicating drum/bass/organ rock rhythm. As one who used to instinctively reject progressive rock, I have to say that this is up there with the best of it.
The afore-mentioned single, Back Street Luv begins with the sort of keyboard/drums intro that Roxy Music would use a lot on their first album. It also has an appealing funky grind to it. Sonja's vocal, while sixties-influenced in many places would, I am sure, have had a huge influence on Siouxsie Sioux in its staccato delivery. There is also something really post-punk in the grinding organ riff. As I said earlier, for some reason, this single slipped completely under my personal radar. I love it now, however.

Jumbo is a piano-driven, plaintive, classically-influenced number that, despite its obvious beauty, sits just a little incongruously with the rest of the album's material, for me. I am missing the proggy stuff - can you believe it? No, I can't, either. You Know is gloriously riffy, with some sumptuous guitar flying around and the sparse Puppets is once again an enigmatic song. It has a bit of Kate Bush about it I feel. Nice bass on the track too. I love the lively, vibrant, violin-powered Everdance. It is full of short, sharp folk-ish rock energy and a catchy, quite irresistible melody. This material really is quite unique. It is a shame that Curved Air always split critics and most that was written about them seemed to be negative. Listening to them now, considering this album is getting on for fifty years old, it actually seems quite ahead of is time and definitely adventurous. 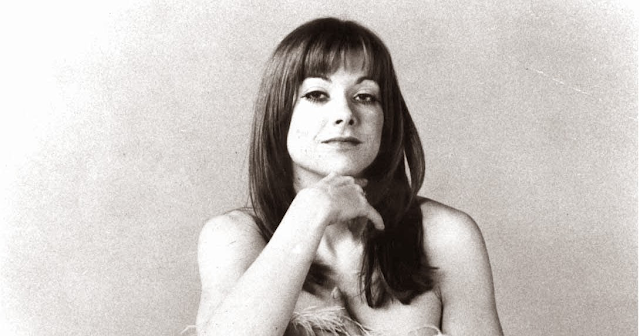 Bright Summer's Day 68 annoys some listeners. I actually find it quirkily fetching. I hear hints of mid seventies group Fox in it in places. Maybe Sonja's voice had that same breathy quality as Noosha Fox.
Finally, Piece Of Mind is a thirteen minute plus slice of prog perfection. Full of experimentation, changes of mood and pace, infectious vocals, churchy organ, psychedelia, rocking piano and basically the kitchen sink. Near the end are some quacking duck sounds. It is decidedly pretentious, of course, but also deliciously bonkers.

The sound quality on this new 2018 remastered edition is much better than previous releases. The John Peel session bonus recordings, mainly from the band's debut album, are an interesting document, although the sound quality on these is a little bit hit and miss. I have to admit that I find the final track, Vivaldi pretty much unlistenable, however. Overall, though, this is an invigorating, challenging and ultimately enjoyable listen from what my esteemed fellow reviewer Mark Barry called a "difficult band". That sums them up quite succinctly, I guess, but it also makes them worthy of attention.