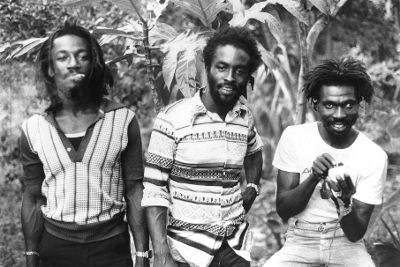 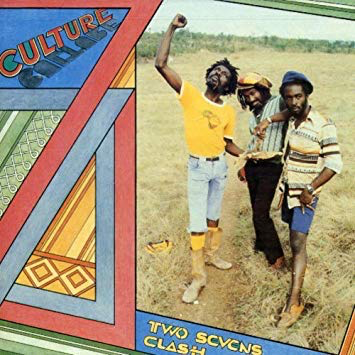 
Culture were one of many excellent roots reggae groups that released impressive material between 1975 and 1979. They were certainly one of the best and this album has passed into history as a benchmark of the genre. Culture’s music was  light(er) in comparison to others, although their lyrics were as fervently Rastafarian as anyone, their vocalist, Joseph Hill had a subtlety and texture that was unique and the music was not quite as dubby or bass-heavy as some. The rhythms were almost rock-steady at times, while still retaining their rootsiness. While their lyrics were fervent, they did not have the full-on militancy of Black Uhuru or the consciousness in every track of Burning Spear. All that is not to say that Culture did not have a superb warmth and richness of rhythm, or that they did not get their message across. They undoubtedly did, so much so that their “two sevens clash” prophecy relating to July 7th, 1977, resulted in many superstitious, panicked Jamaican staying indoors on that day. Nothing happened, of course. The album had a considerable effect though. On to the tracks:- 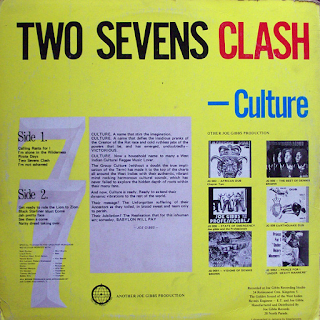 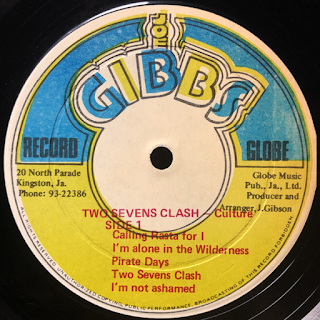 The songs
Calling Rasta For I is vibrant, clear, harmonious and joyful as is I’m Alone In The Wilderness - tuneful, melodious roots reggae at its absolute best. Joseph Hill’s voice is a unique one - nasal, high-ish in pitch but perfect in timing and intuitive interpretation.
Pirate Days is a beautifully lilting, skanking upbeat joyful song, despite its historically aware black consciousness lyrics. The title track has an irresistible hook, rhythm and plaintive vocal from Hill, warning of all sorts of things about to happen on 7/7/77. 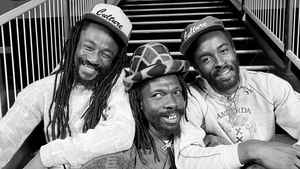 I’m Not Ashamed has hints of the sort of “easy reggae” hits that bands like Aswad had in the eighties.
Get Ready To Ride The Lion To Zion has some innovative, weird percussion noises, some wah-wah guitar and even a lion’s roar is sampled at one point.
Black Starliner Must Come is a staccato, syncopated shuffle with some militant lyrics, with a twiddly organ part coming from the left speaker intermittently. 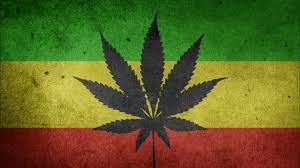 Jah Pretty Face is a fast-paced rocker, with some potent percussion. See Them A Come has a joyful, lively groove, a mix of roots and urgent rock steady.
Natty Dread Taking Over has an almost jazzy, swing-like horn backing and ends the album on an uplifting, positive note. So much for all those prophecies of doom! This album was nowhere near as melancholy as many roots albums. It had a real joie de vivre. 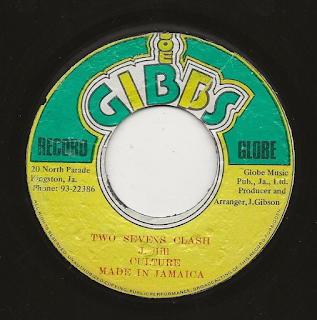 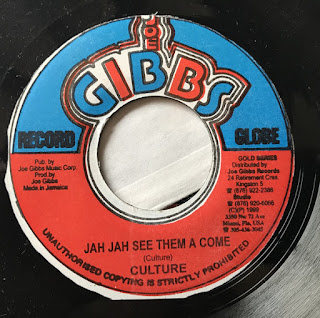