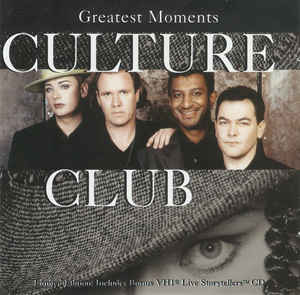 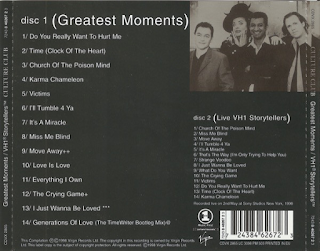 Culture Cub’s first appearance on Top Of The Pops, in 1982, caused as much of a sensation as David Bowie’s over a decade earlier. I remember it well. Everyone, literally everyone was saying “did you see him?” The next morning and “it was a bloke dressed as a girl” and so on. They were referring, of course, to Boy George (George O’Dowd) who, inspired by Siouxsie Sioux of punk band Siouxsie & The Banshees went the whole hog and dressed up in a bizarre get-up of long dresses, pigtails, full-on dramatic make up and an odd little hat. He had a suitably angelic voice and the group (all good-looking men in regular gear) had a knack for a rhythm and they had a certain pop sensibility. 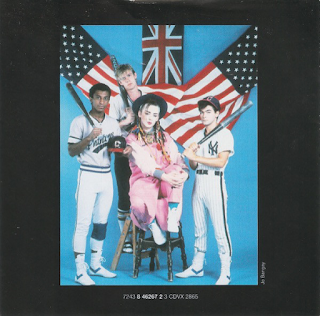 The hits were many over the next few years and, for a while, they were the biggest commercial band around. The singles were quite credible efforts, as it happened - the reggae-tinged and soulful Do You Really Want To Hit Me was a debut single number one, while Time (Clock Of The Heart) had a grandiose, slow-paced romantic appeal. I’ll Tumble 4 Ya was danceable and funky, but it was the next two that were real corkers. Firstly, Church Of The Poison Mind, featuring strong voiced backing singer Helen Terry, was a bluesy, upbeat rocker with a thumping beat and, secondly, Karma Chameleon, with its distinct harmonica riff and an instantly singable chorus became their most popular song. It is now a permanent fixture at any eighties night or on any eighties playlist. Just a few bars of it and I feel it is 1984 again.

It never got much better than that, really, although Victims was a soulful, sombre hit, as was The War Song, while It’s A Miracle was a last truly poppy hit for the group. This is a good compilation, all you need from Culture Club, really, and is a fun reminder of when they were the group on everyone’s lips. Just for a short while.