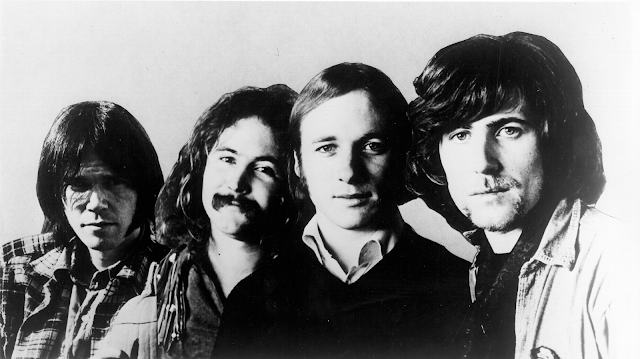 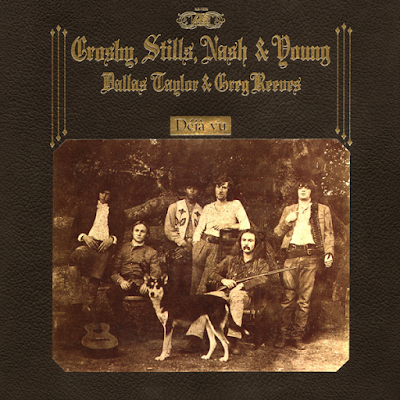 Building on the success of their debut, C,S and N added Y and the help of two other musicians, Taylor and Reeves, and produced this seminal, influential laid back piece of folky, hippy rock.

Its influences on many others is clear - it is well documented that the first part of Carry On sounds just like the riff on Led Zeppelin’s Friends. Paul McCartney’s 1972 track Wild Life has, for me, more than a hint of the hippy quandary anthem Almost Cut My Hair.

Both those songs have excellent rock bits in them, as does the closer, Everybody I Love You and parts of the Country Girl medley.
Most of the rest of the album is melodic, laid back folk, such as Teach Your Children, Neil Young’s plaintive, North Ontario-inspired Helpless (which, for me again, has a feel of Van Morrison’s Rough God Goes Riding) and the lovely, evocative McCartney-ish Our House.
The title track, Deja Vu, too, with its Marrakesh Express-style vocal parts is four minutes of early 70s folk rock perfection. It almost exemplifies the genre. Lovely bass part at the end as well. 4 + 20 is in the same, peaceful, folky vein. 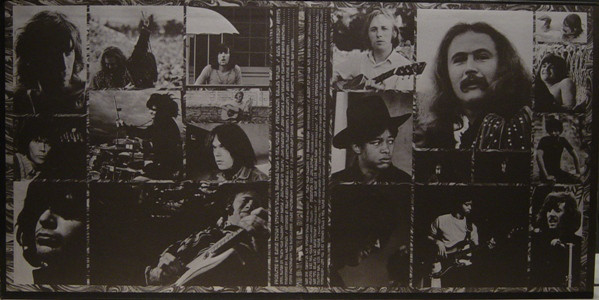 Then there is their version of Woodstock, standing somewhat alone in its rock-ish lead guitar-driven tone that is not very much like to the well-known Matthews Southern Comfort version. I like it, but I have to admit to preferring the more radio-friendly latter. Great guitar bit in the middle though. C, S, N and Y always seemed to enjoy rocking out, despite the laid back feel of their material.

Funny how, like The Band, CSNY felt the need to dress up like 1850s pioneers for the sepia cover.
Although this cd does not appear to have been remastered at all, the sound is excellent and does not need tinkering with. Nice 70s stereo separation. Perfect. 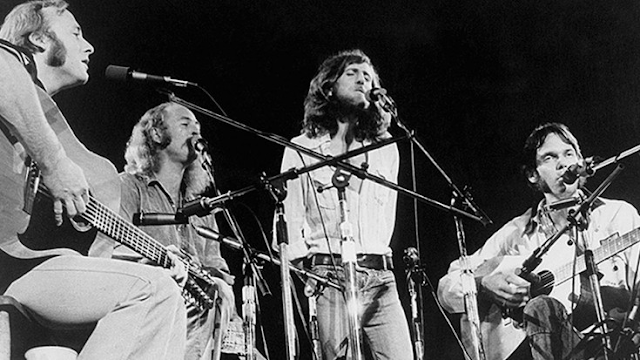 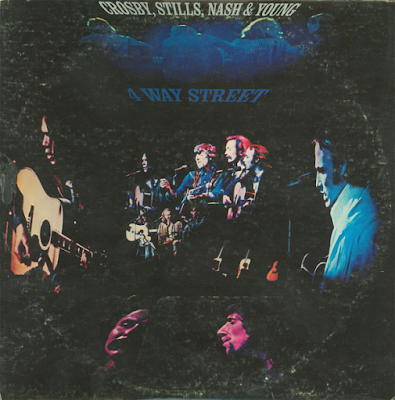 This is a somewhat patchy live album from CSNY, dating from 1971. It feels as if the individual members were doing their own thing as opposed to as a foursome -  Crosby’s strangely muffled Triad; Nash’s Right Between The Eyes; Stills’ impressive but slightly too long blues of Black Queen and Young’s Cowgirl In The Sand and Cinnamon Girl/Down By The River. That said,  most of the renditions are good ones.

An odd thing about the album is the fact that the first track, Suite:Judy Blue Eyes, only includes the last thirty seconds or so of the song, it just fades in and then finishes as quickly as it has started. One wonders what was the point in including it at all. I was looking forward to a full live version of their classic inventive song too. 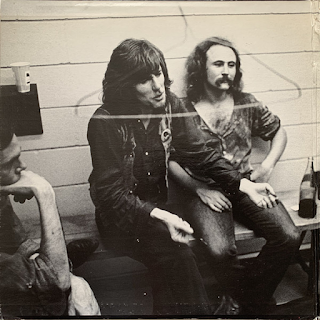 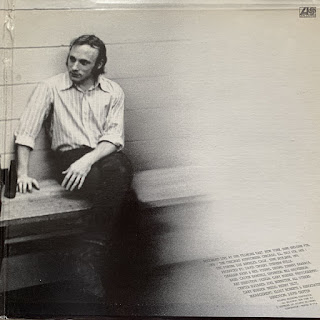 The best bit of the album, for me, is when the four of them start to properly rock out, utilising drums, bass and electric guitar. You get a good performance of Pre-Road Downs which ends strangely abruptly), an even better one of Long Time Gone and absolutely stonking versions of Young’s Southern Man (thirteen minutes) and his protest rocker, Ohio. Check out the guitar on Southern Man - superb. It never gets tiring. Great stuff. The extended, also thirteen-minute workout of Carry On is excellent as well.

Although CSN/CSNY are better known for their acoustic-driven folk rock and vocal harmonies, it is when they rock that I like them the best.

It is an album to dip into as opposed to trying to digest the whole lot in one sitting. Give me those five rock tracks all day long.
Email ThisBlogThis!Share to TwitterShare to FacebookShare to Pinterest