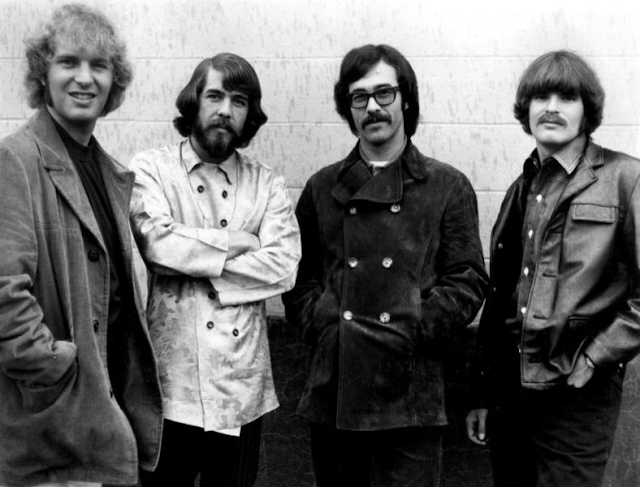 Bayou Country (1969)
and The Best Of Creedence Clearwater Revival 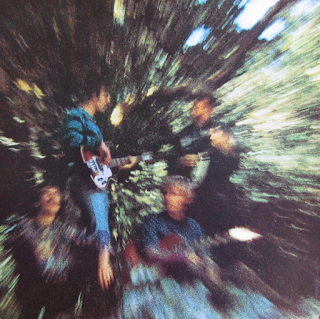 This was Creedence Clearwater Revival's second album, and it was their "swamp rock" album. The band were from San Francisco, yet this deep, bluesy rock offering sounds as if it straight from the Cajun swamps and backwoods of Louisiana. John Fogerty and his band created an imaginary sort of Americana that all sounds incredibly authentic. It is a proper rock album. Hard as nails, growling and cutting in its vocals and guitar respectively.

Born On The Bayou is a dense, swamp bluesy piece of mid-pace rock. It is hugely atmospheric. John Fogerty spoke of his inspiration in writing it thus -

“…..”Born on the Bayou" was vaguely like "Porterville," about a mythical childhood and a heat-filled time, the Fourth Of July. I put it in the swamp where, of course, I had never lived. It was late as I was writing. I was trying to be a pure writer, no guitar in hand, visualizing and looking at the bare walls of my apartment. Tiny apartments have wonderful bare walls, especially when you can't afford to put anything on them. "Chasing down a hoodoo.” Hoodoo is a magical, mystical, spiritual, non-defined apparition, like a ghost or a shadow, not necessarily evil, but certainly other-worldly. I was getting some of that imagery from Howlin’ Wolf and Muddy Waters..”

Bootleg again cooks with a sweaty, Southern intensity like its predecessor. Fogerty sings "boolay" instead of "bootleg". As if it is sung in Cajun dialect. Both these tracks are classic examples of the afore-mentioned "swamp rock". Graveyard Train is a sombre, overpowering, gruff piece of guitar-driven blues rock. The vocal is edgy and doom-laden, the guitar sharp as a knife. It features a superb blues harmonica near the end over a deep, rumbling bass line. Just check out that searing blues guitar too. This track boils like a pot of gumbo for eight and a half brooding minutes. Excellent stuff. 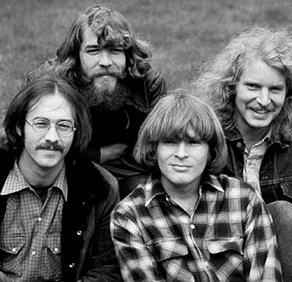 Good Golly Miss Molly is obviously a Little Richard cover and here it is given a full-on Southern blues guitar makeover. The guitar is yet again superb. Penthouse Pauper once again gives us the blues to the max, drenched in razor sharp guitar and taken home by Fogerty's incredibly bluesy vocal.

Proud Mary is well known to many, largely due to Ike & Tina Turner's breakneck version. CCR's original is mid-pace country rock with a soulful edge, almost Stax-like, and Fogerty telling the story of working and living on the river as if he really had done it. His atmospheric lyrics are often slightly overlooked in discussions of CCR, because their music was so damn intoxicating.

Keep On Chooglin' is a marvellous, jam-like groove of bubbling swamp stew. It goes on effortlessly for nearly eight minutes, with another huge bass line rumbling on down that big ol' river. Makes to want to make yourself a Po'Boy or Muffuletta sandwich and pretend you're down in Louisiana. If John Fogerty can do it, so can I.


THE BEST OF CREEDENCE CLEARWATER REVIVAL 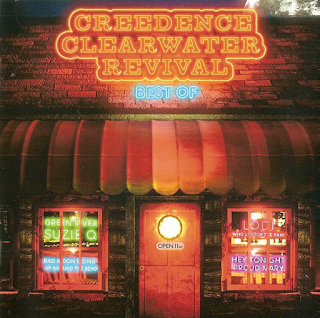 Creedence Clearwater Revival were an excellent guitar-based rock band who were in existence from 1967-1972. Their style had a debt to rock'n'roll in it, as opposed to the psychedelia that was all the rage when they began, and, despite being from the San Francisco area, their sound had a Southern rock feel to it. They referenced the Mississippi River, bayous and catfish in their lyrics and for years I had thought of them as a Southern band. Their guitar sound had a Byrds-style jangliness to it but there was also an upbeat, melodic rockiness to them that were big influences on Tom Petty & The Heartbreakers and Bruce Springsteen. Canned Heat were another slightly similar band from the same era, but, while they were more bluesy, CCR were more rock'n'roll.

They also had a social awareness that led to some anti-Vietnam War material becoming part of the soundtrack to the late 1960s. While rising in the midst of the hippy era, CCR's often instantly recognisable riffs were as much a part of the musical landscape as anyone. Many of their songs are still staples of driving radio playlists today. 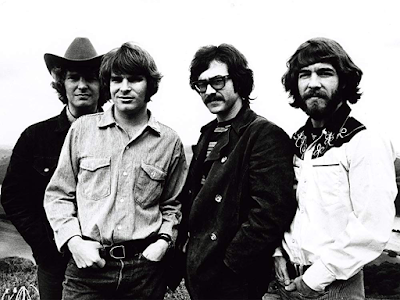 This compilation is twenty-four songs deep, and covers pretty much the best of what the band had to offer, comprehensively. Highlights are the almost iconic, riff-driven rock royalty that is Bad Moon Rising; the Southern rock of Born On The Bayou; the original Proud Mary (made famous by Ike & Tina Turner); the rock'n'roll glory of Travelin' Band; the gritty but melodic singalong rock of Have You Ever Seen The Rain and the anti-Vietnam War anthem Fortunate Son. If you think that is enough classics, think again, you also get the atmospheric country rock of  Lodi; Susie Q; Who'll Stop The Rain and the wonderfully riffy Up Around The Bend.

All the other tracks are excellent too, it has to be said. Take The Band-esque Long As I Can See The Light, the swampy blues of The Midnight Special, the Little Feat-ish Molina or The Beach Boys-covered Cotton Fields. Great stuff. A key to how good this material is can be gained by those that have covered it - Bruce Springsteen, Elvis Presley, Bob Seger, Tina Turner, U2, Rod Stewart and Bonnie Tyler. Funnily enough, one of the most played CCR covers is Status Quo's Rockin' All Over The World and, strangely, it isn't included on here. Their cover of Marvin Gaye's I Heard It Through The Grapevine returns the covering favour impressively, despite John Fogerty's bizarre enunciation of "I hayde it...".

This is an essential collection from an often-overlooked late sixties/early seventies rock band whose influence was far greater than it has often been given credit for. Ask Bruce Springsteen.