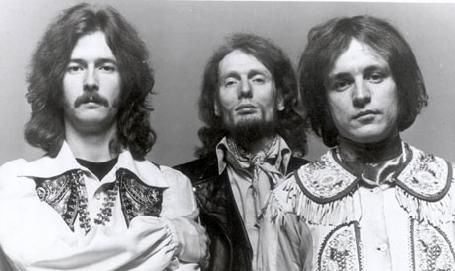 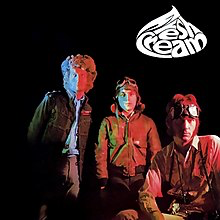 Cream were instrumentally so innovative, and their sound is captured here so well. It is a genuine pleasure to listen to how good they were. All three of them were incredibly talented. Where they fall down, however, just a bit, is lyrically. The phrase I'm So Glad is repeated too often for my liking, despite the instrumental brilliance of the track.
Wrapping Paper and The Coffee Song are also pretty silly. No real bother though. Cream’s occasional indulgence can result in dross at times, it happens on all their albums. However, the music is so good it doesn't really matter. Considering it dated from 1966 it is remarkable. Four Until Late is lovely though.

The mastering is truly excellent on all versions of the album - mono, stereo remaster and “new stereo mixes”. Personally I much prefer the stereo versions. Just listen to Rollin’ And Tumblin' in mono then in stereo. The difference is seismic. However, that doesn't mean the mono recordings are not listenable. They are - very much so. They are thumpingly bassy and I love that. The sound comes pumping right of the centre of the speakers and the bass just shakes the room. So, there is still a hell of a lot to be gained from listening to the mono recordings.

The alternative versions and outtakes are of a much higher standard than that type of recording often is and the “live at the BBC” material is excellent, as I have found all such BBC stuff is. A bit ropey in places and in mono as per BBC radio recordings of the time, but they are a fine document of the period. 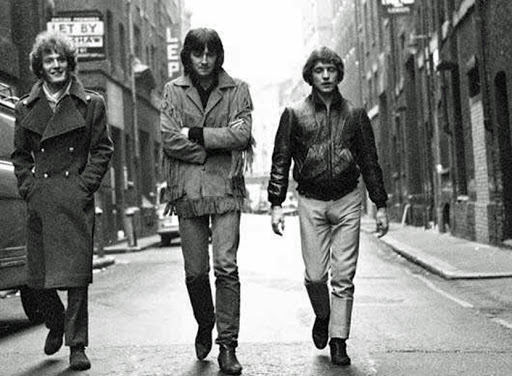 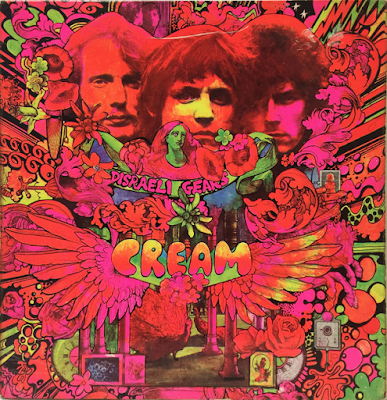 Strange Brew/Sunshine Of Your Love/World Of Pain/Dance The Night Away/Blue Condition/Tales Of Brave Ulysses/SWLABR/We're Going Wrong/Outside Woman Blues/Take It Back/Mother's Lament
After the blues rock flavours of the debut album Fresh Cream, powerhouse trio Eric Clapton, Jack Bruce and Ginger Baker were back with an offering that leant more towards the contemporary trend for "psychedelic rock". The songs are shorter, less indulgent and vocal duties are shared around, whereas before they had largely been done by Bruce.

The tile, incidentally, comes from a roadie's malapropism of a bicycle's derailleur gears, wrongly said as "Disraeli Gears". Random album titles were becoming de rigeur in the late sixties and his mistake was duly adopted.

The latest deluxe edition's stereo version is simply sonically superb. The mono version of the album is good too, nice and bassy, but the stereo is revelatory.

The opener, Strange Brew, has a delicious stereo sound and an alluring bass driving along its pleasing rhythm. Those lead guitar interjections sound razor sharp. Eric Clapton is on vocals and his voice is considerably more higher in pitch than it became over subsequent years. The song had a sort of swirling, airy hippiness to it that summed up its era perfectly.
Sunshine Of Your Love is a solid, riffy Cream classic that combines a tough bluesy rock backing with once more that druggy, incense-drenched psychedelic vibe. 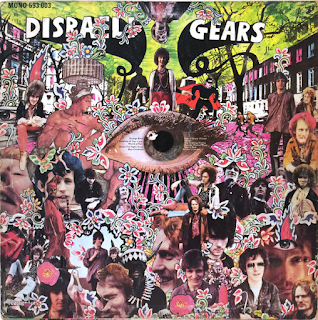 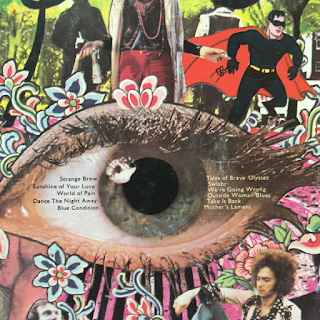 World Of Pain is a laid-back number that again expresses that psychedelic thing with some tasty wah-wah guitar enhancing it in a vaguely funky fashion. Interestingly, the first line sounds just like Elvis Costello on London's Brilliant Parade. (or more accurately Elvis Costello sounded like Jack Bruce). You have to say that the instrumentation throughout this album is outstanding. Ginger Baker once said that The Beatles simply could not compare as musicians to his colleagues in Cream. He was right too, there is no comparison.
Dance The Night Away features some of that semi-Eastern guitar sound that had become so popular in 1967-68. Clapton and Bruce's vocals are deadpan, sonorous and mysterious. as with so much of the album's material, it would do a great job as soundtrack music for a sixties party scene in a drama. Crazy, man. You can hear the influence of tracks like this in music many years later, even today. 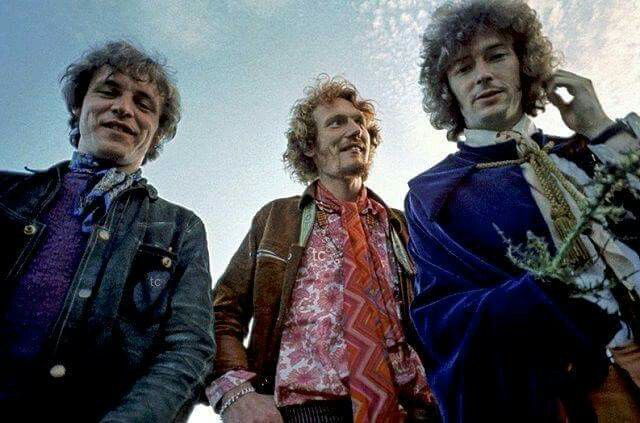 Blue Condition has Baker on lead vocals and, great as he was (he sadly passed away yesterday, as I write, by the way), singing was not really his forté. In comparison to the songs that had preceded it, it stands out, unfortunately as a bit of a "Ringo song".

Tales Of Brave Ulysses is a very psychedelic number with vocals that hint of seventies prog rock. It has a proggy lyrical pretension as well. That marvellous psych guitar and Baker's inspired drumming make it a great track, though.
SWLABR stood for "She Walks Like A Bearded Rainbow" which serves as a classic example of psychedelic nonsense. The track is a good one though - lyrically of its time but delightfully heavy in its riffage. Check out Baker's drums too. 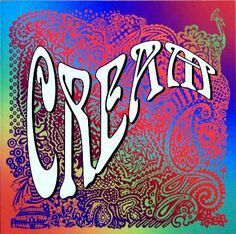 We're Going Wrong is a sleepy-paced number featuring some top-notch drumming from Baker underpinning a searing lead guitar. Again there is a drugged-up ambience that is suitably intoxicating.

A more bluesy feel returns on the muscular, chunky Outside Woman Blues which hinted at the sort of material Clapton would move on to over the next few years. His vocals and guitar are impressive throughout. A faster, more upbeat blues backs Take It Back, which has some appetising blues harmonica.

Cream unfortunately had a habit of including throwaway songs at the end of their albums and they do just that with the waste of time that is the hammy, music hall strains of Mother's Lament. Sooner they had included the excellent blues of Lawdy Mama instead. Overall, though, this was a really good album and the sound is fantastic for a 1967 recording. 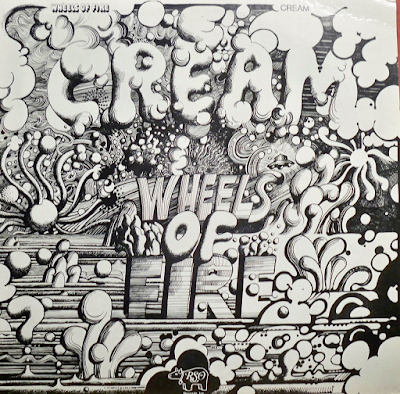 Released in 1968 as a double album, containing a studio album and a live album, this was Cream’s third outing. Like all their albums, it contains some copper-bottomed classic blues rock and also some base metal-bottomed indulgent dross.

The studio album kicks off with the powerful beast that is White Room and the quality powerful blues rock continues with Sitting On Top Of The World.
Passing The Time starts well before morphing into a passage of string orchestrated (cello?) trippy reflective music before the heavy riffs kick in again. Finally the hippy passage returns for the end part. All good, but very representative of its time. Many people love As You Said, viewing it as an underrated Cream rarity. I can see why, it does have a appeal. I am sure Led Zeppelin “borrowed” parts of the acoustic riff for one of their tracks on Led Zeppelin III, although I can’t think which one. Got it. Friends. The cello is used again by Jack Bruce, as well as various guitars. There is a bit of a crackling noise still audible on the track, but it is still haunting and quite addictive, begging many listens.

From the sublime to the ridiculous. Pressed Rat And Warthog is drivel of the highest order. This is the dross on this album. Fortunately it ends there and the quality returns.


Politician is another excellent bluesy rocker, lyrically cynical and vocally menacing. The late sixties questioning of politicians and their motives are firmly expressed here.
Those Were The Days is both heavy and light at times, both melodic and brutal. Conceptually interesting though. It does suffer from some uncorrectable sound dropouts in places though.
Born Under A Bad Sign is a convincing blues cover with, as one would expect, some exhilarating guitar from Eric Clapton.
Deserted Cities Of The Heart is a stirring piece of late 60s rock, strings, acoustic guitar, lead guitar and bass all merging together with some “dreamy” possibly pretentious lyrics to great effect. Clapton’s guitar at two minutes in with some ambient keyboards in the background is a great moment. The drums on this track are mesmerising too.

The live stuff is varying. Crossroads is great and Spoonful has its moments, but at 16 minutes it is way too long.
Traintime is shorter but not as good, with a bit too much harmonica indulgence for my taste, (although it does grow on you) while Toad is 16 more minutes, this time of Ginger Baker’s drum solo (the curse of the late 60s/early 70s). I don’t care how good a drummer he was, this is an indulgent, tedious waste of time. The sound quality on it is excellent, though, particularly when listened to close up.

Overall, though, it is a more than acceptable album, but as I said before, very much of its time. 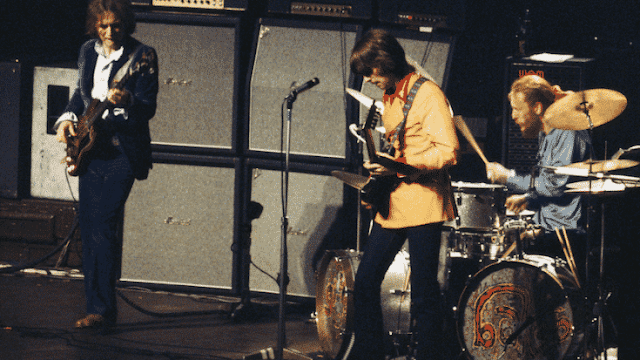 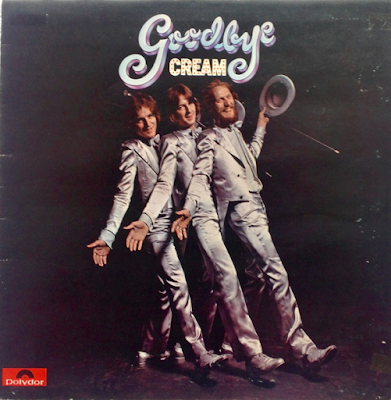 This was Cream's final album after a breakneck three years or so of hard, heavy rock. It was a mix of three live songs and three studio ones. The live recordings are vibrant and full of extended improvisation but they suffer from a muffled, often hissy sound, but do not let that detract from what are fine performances anyway. For some, there is an opinion that the live songs are unnecessarily "bluesified", playing them as blues numbers when they were originally psychedelic-style rock songs. As a blues fan, that does not worry me, and the more Eric Clapton lets his blues side out, the better.

I'm So Glad is far more improvised than it ever as on "Fresh Cream" and the excellent guitar makes one overlook its lyrical shortcomings. For me, it is much better in its live form than on its studio orignal.

Politician is great - big, bassy and heavy as whatever. Its sound is better than on the slightly muffled I'm So Glad.
Sitting On Top Of The World is the most bluesy of the three. Again, though,  it suffers a bit from poor sound. 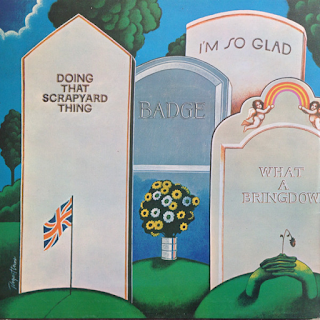 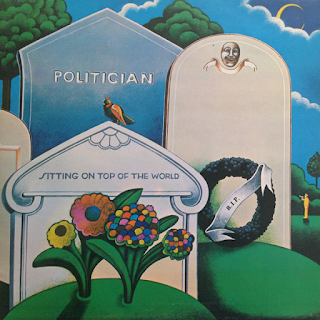 Of the studio recordings, Badge is a short, relatively poppy number written by Clapton with George Harrison. It has a great guitar solo in it and has a late sixties rock appeal to it. Despite remastering, the sound still has a few limitations, however, and I have always felt the song ends far too soon, a bit like a demo version would.

I have also always felt that the Beatles-esque Jack Bruce song Doing The Scrapyard Thing was a bit of a throwaway, silly number, with its I Am The Walrus-style lyrics. Look, it is ok, but nowhere near the band's best work. It also has a bit of hiss on it. Some people think this a work of genius. I am not so sure. I prefer Ginger Baker's slightly proggy What A Bringdown, if I'm honest.

This is an album with some good moments in it, but it somehow lacks cohesion and it over before you know it, clocking in at only thirty minutes. 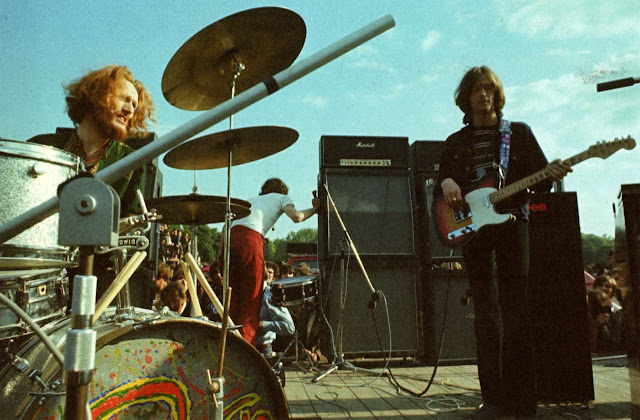 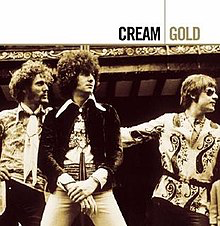 Firstly, what a bloomin’ great remaster! Considering this material dates from the late sixties the sound quality is SUPERB. Excellent clarity and stereo separation. One of the best sixties remasters I have ever heard.

The well known tracks are there - I Feel Free, The Sunshine Of Your Love and Badge. Check out the searing Eric Clapton guitar on N.S.U. and the booming drums on Sweet Wine. Also the big, rumbling bass on I'm So Glad with its magnificent vocal harmonies too. I had forgotten just how damn good Cream were. Strange Brew - wow. That guitar. Far out man. I feel the need to don a Paisley print shirt. Tales Of Brave Ulysees too. It’s all good.

The live stuff on CD two are excellent cuts too, extended versions as you would expect, but none the worse for it.

Doing That Scrapyard Thing is still a very silly song though, as some of their output unfortunately was.