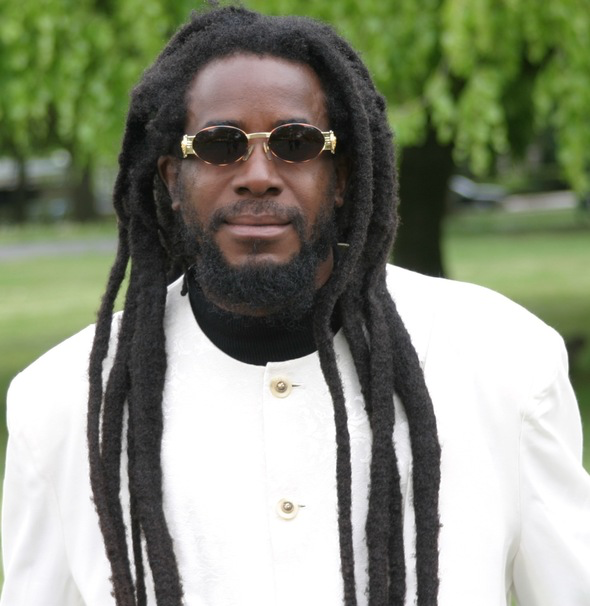 Cocoa Tea (Calvin Scott) is a reggae artist who came on the scene around 1986, but most of his successful work dates from the late eighties/early nineties. He was too late for the big roots boom of 1975-79 and he is very much associated with the Dancehall genre of reggae, which merged Jamaican patois rapping with digitally programmed riddims and, in the case of Cocoa Tea, employed the falsetto "sweet sing" vocal as opposed to the gruffer, DJ "toasting" style that continued from the roots era into some dancehall recordings. Cocoa Tea's material thankfully stays clear of the macho posturing and blatant homophobia of some of the genre's more hard-core exponents. Cocoa Tea is far more mainstream romantic and melodic. His music has influences from roots, dub and lovers rock and is actually a most pleasant listening experience. It is all pretty uplifting stuff. Rhythmic but still crucial and conscious. 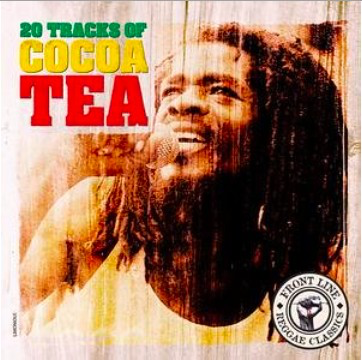 This release is a compilation covering tracks from several albums, in the Virgin Front Line series. The sound, as on all these releases is superb. Clear and defined but not ignoring the necessary bass depth that all reggae music needs.

The songs
I Am Going Home is a perfect example of this melodic, mid-pace groove, with a gentle beat and Gregory Isaacs-style yearning vocals.
Both Sweet Cocoa Tea and Come Back have bassy, roots-influenced beats and a very roots-style vocal. Wonderland Angel has a beautiful, deep, rumbling bass line and a romantic lyric that is almost "lovers rock". A lot of the material is based around traditional, love song lyrics, although, despite that, there are still several tracks on here that reflect a roots-style Rasta devoutness, such as on the deep Marley-esque roots of If Jah Is For Us, Gather My Sheep and Jah Bless The I. The link to the past roots era is still a strong one and even on the loved-up numbers, check out the totally delicious, deep, dubby bass line on I've Got To Love You. It mixes laid-back, summery, melodic rhythms with a rootsy, dubby bass sound. The same applies to the rumbling, meaningful There Must Be A Time.
Rocking Dolly is also packed full of serious roots punch.

Cocoa can also rap in that DJ/dancehall style, such as on Reggae Music but as with all the album, there is a lilting melody underpinning it and the vocals are light and anything but threatening. It also has another totally irresistible bassline. He can also do brassy pop and mix it with a thumping bass such as on the catchy Settle Down, with its South African-influenced brass parts.
The rhythm on Everything I Do is simply sublime too. Try A Thing is a wonderfully lively, appealing number. There Is A Herb In My Garden is an odd but quirky reworking of Ben E. King's Spanish Harlem - no rose this time but the sacred "'erb".

If you enjoy upbeat, effervescent nineties reggae with a strong but infectious bass line and a light, poppy vocal, you will enjoy this. While there is a carefree aspect to the sound, there is still a solid conscious feeling to it too, far, far more so than on the more commercial reggae of say, Chaka Demus & Pliers and Bitty MacLean from the same era.