Chairmen Of The Board 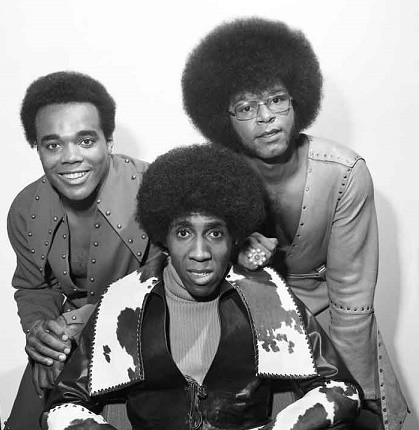 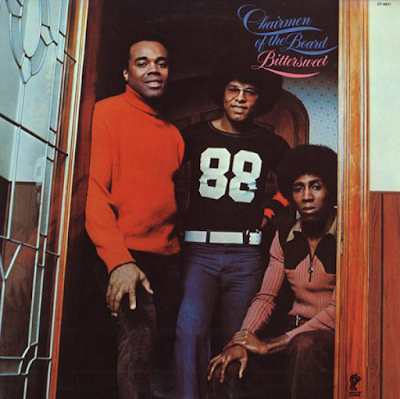 Chairmen Of The Board, that most under-rated of seventies soul groups, became a trio (General Johnson, Danny Woods and Harrison Kennedy) for this album after the departure of Eddie Custis and moved away from the slightly restricting habit of including middle-of-the-road ballad covers on their albums. The nine tracks on here are all written by impressive singer General Johnson with the exception of one Holland/Dozier offering. It was their most credible and cohesive album to date.

Like The Temptations in the same period, a lot of the songs were lyrically "aware" of contemporary issues as well as being appealingly funky and soulful. The group also had deep gospel roots and this is apparent in much of the material.

The first issue they take on is the anti-war movement, and Men Are Getting Scarce confronts the endless loss of young men in Vietnam. Johnson beseeches the help of the burgeoning women's liberation movement to help out in their protests, unless they want to run out of men. It has echoes of Edwin Starr's War in its lyrics, strong vocal and solid, funky backing. 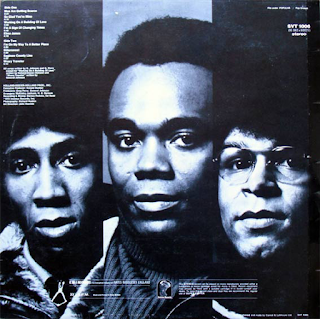 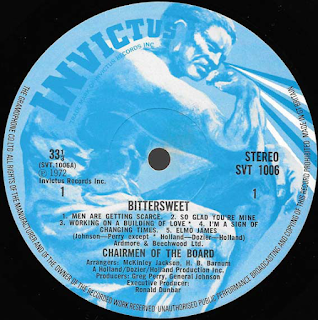 So Glad You're Mine is a classic piece of Chairmen Of The Board powerful, punchy soul. It is full of great vocals from Johnson and excellent backing, particularly the brass, bass and percussion. The interplay between those, the keyboards and the vocals near the end is superb.

The afore-mentioned Lamont Dozier/Brian Holland song is the wonderful, vibrant gospel glory of Working On A Building Of Love. I never tire of this song, it is one of my favourites of all time. A truly uplifting slice of soul and one of the true great examples of seventies soul.
I'm A Sign Of Changing Times is a thumping attack on prejudices and a call to look forward over an intoxicating wah-wah guitar and saxophone backing. It is a sort of psychedelic soul meets Southern soul.

Elmo James is a similar tale to the Patches story, featuring a poor, backwoods but honest character working hard against a heap of disadvantages. Johnson's vocal is immense once more and the song's sentiments are hard-hitting and moving. Good stuff.

I'm On My Way To A Better Place sees the group exploring their religious side. It brings back such memories for me of 1972. A most atmospheric, evocative song. Even in the midst of my beloved glam rock as a thirteen year-old, I still loved this.

Bittersweet is a soaring piece of sweet soul balladry that, for some reason, bursts into a shot of lively jazzy soul half way through, before returning to the late-night feel of the song.

Saginaw County Line has a lot of the gritty soul feel of Elmo James but with a deeper, bluesier beat to it. Weary Traveller is a muscular blues/soul ballad to end this impressive, highly credible seventies soul album on. Chairmen Of The Board, as indeed the already had done, showed themselves to be more than just a "soul singles" group with this release. 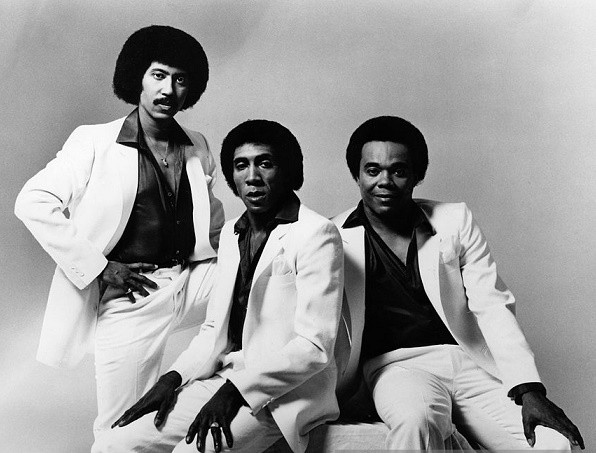 Everything's Tuesday: The Best Of Chairmen Of The Board 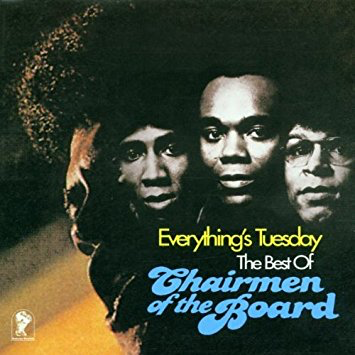 Chairmen Of The Board, the main soul band of the Invictus label in the early seventies were, along with The Detroit Spinners, one of the great “forgotten” soul groups and lead singer General Johnson certainly had the great forgotten soul voice. Full of character, instantly recognisable, soulful and with a plaintive, heartbreaking tone to it, and those strange “brrrr” affectations used on two  of the group’s greatest hits, the incredibly catchy You've Got Me Dangling On A String and Give Me Just A Little More Time both of which were just perfect early seventies soul singles. Secondary vocalist Danny Woods was not at all bad either.
This “best of” compilation really is a treasure. The highlights are many from this wonderful Southern States soul group. The two singles already mentioned; Johnson’s magnificent soulful voice on Everything's Tuesday; the evocative, sad tales of Patches and Elmo James; the yearning soul of Bless You; the devotional soul of I'm On My Way To A Better Place; the heartbreaking ballad of Bittersweet and the social comment of Men Are Getting Scarce. All truly wonderful, uplifting stuff.

That is not to forget my two personal favourites - the rousing, inspirational Working On A Building Of Love and the incredibly moving Everybody's Got A Song To Sing with a great Danny Woods vocal.

There are still several great tracks I haven’t mentioned, such as the funky hit from 1973, Finders Keepers. I’ll Come Crawling is simply superb, emotional soul, while Pay To The Piper and the marvellously funky, clavinet-driven Hanging On To A Memory are right up there with any of the better-known tracks, as indeed is the punchy brassiness of When Will She Tell Me She Needs Me and Tricked And Trapped.

Everybody Party All Night is a monster of a funky cooker, showing that the group could do muscular funk too. The same applies to Chairman Of The Board.

Playing this album is just a pleasure from beginning to end. It was a shame this great soul group never quite got the credit they deserved. Soul of the highest quality. 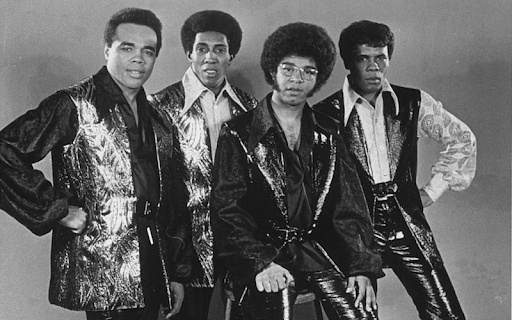 Other albums by Chairmen Of The Board that I own are briefly covered below:- (the best tracks on all of them are not mentioned because they feature on the 'best of' compilation)

The sound quality is great on all of them, and here are some of the highlights from the albums' tracks that do not appear on the compilation reviewed above. 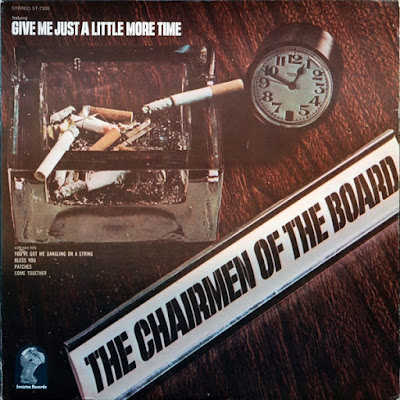 The bassy, funky covers of The Beatles’ Come Together and Traffic’s Feelin’ Alright are much better than you might imagine them to be. Bravo, Hooray is solid gritty soul, although Didn't We? is a bit of a cheesy, stage show number.

The sheer quality of the tracks included from this album on the compilation make this one hell of a debut album from a soul group. One of the very best. 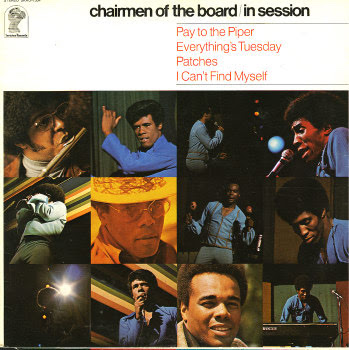 From this album, the wishing for a better world All We Need Is Understanding and the catchy pop-soul of I Can’t Find Myself are life-affirming nuggets, while Children Of Today is a gritty piece of wah-wah powered funky, preacher’s soul. It Was Almost Something is classic COTB while they make a good soulful fist of Simon & Garfunkel's Bridge Over Troubled Water. 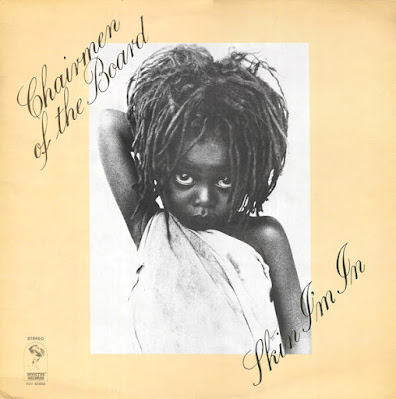 The third of the three is by far the funkiest of the albums, and also the most intriguing - the highlights being Finders Keepers, Everybody Party All Night and the gritty, industrial funk of Skin I’m In. Some of the album is taken up with comparatively short funky instrumental passages played by various members of Funkadelic and Parliament, making it most unlike the other Chairmen Of The Board albums. Four tracks run into each other, bookended by covers of Sly Stone’s Life & Death, indeed, the album’s mix of innovative and psychedelic funk sounds with bluesy soul make it Chairmen Of The Board’s Sly Stone moment.

The Santana-esque Latin funk of Let’s Have Some Fun is another of the album’s high points, but overall the Sly Stone meets The Beatles drugged-up, experimental, slightly incohesive vibe makes it a bit of a challenging listen, especially the drunken Barry White vocals on Only Love Can Break A Heart. Like Sly Stone albums, however, there remains something captivating about it. Yes, it is an acquired taste but there a weird prog rock vibe to it that renders it most unique among soul albums.

It was one of soul music’s most notable and bravest changes in style and, unfortunately, it marked the end of the group, which was a shame, but you could sort of see it coming. 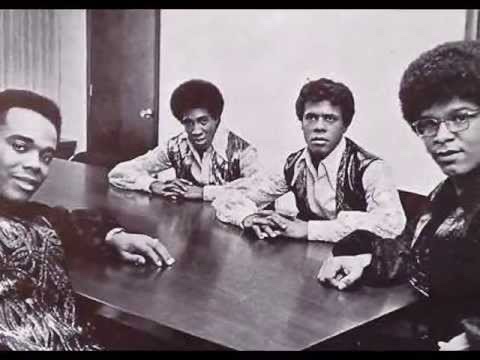 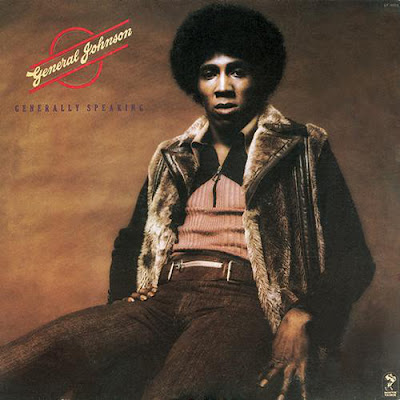 This was, ostensibly, a General Johnson solo album, but it sounded pretty much like a Chairmen Of The Board album and some tracks on it appeared on COTB's Bitter-Sweet album from the same year. I have therefore only covered those songs that were unique to this album.

God's Gift To A Man is an extremely catchy number, with General's great voice soaring above the infectious melody. Both Every Couple's Not A Pair and I'll Never Get Tired Of You are top quality soulful ballads with impressive, warm, deep backing and the General's voice once again peerless.

My Credit Didn't Go Through ups the beat a bit on a solid, funkier song. Things Are Bound To Get Better Later On is a typical Johnson socially-conscious muscular ballad. It ends in a funky, Temptations-psychedelic soul upbeat instrumental style before Johnson arrives back in recognisable fashion at the end.

Mary Lou Thomas is one of the album's best tracks - a funky tale of a backwoods woman in the Elmo James style. Only Time Will Tell is a string and brass-driven instrumental while Savannah Lady has one of those great, heartbreaking vocals form Johnson. I love this one. Also strong is I'm In Love Darling and Only Time Will Tell also has a vocal version. 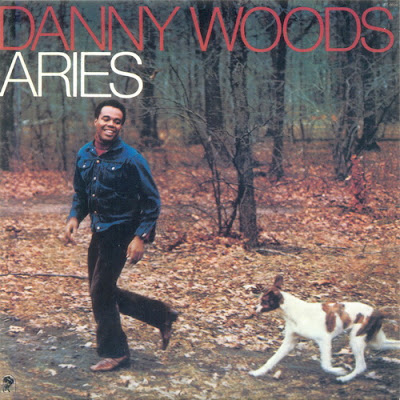 Once again, I have covered the songs that were not included on Chairmen Of The Board albums or compilations.

Let Me Ride is a buzzy funky number and Roller Coaster is probably the best of the tracks on offer, with Woods' voice of top form - strong and distinctive. Chairmen Of The Board were so fortunate to have two such great vocalists in their ranks.

It Didn't Take Long is a big chunky, funky grinder and Woods makes a fine fist of the much-covered Funny How Time Slips Away. Two Can Be Lonely As One is a typical COTB-style number and Otis Redding's I've Been Loving You Too Long (To Stop Now) is covered impressively. Everybody's Tippin' is solid too.