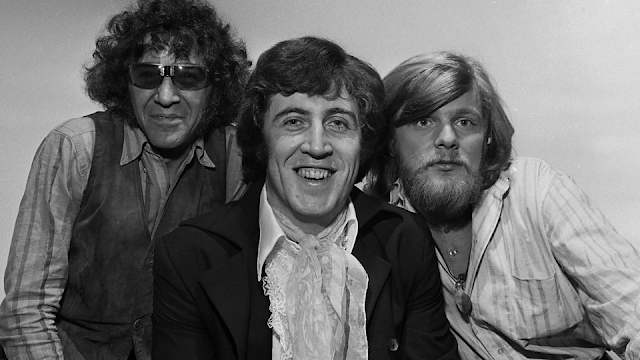 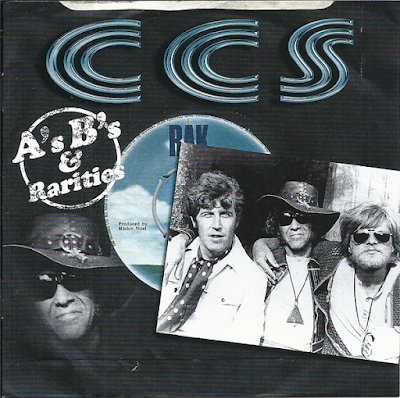 CCS were a somewhat unique early seventies "supergroup", led by bluesman Alexis Korner. Their music was big production, thumping bluesy, horn-driven rock, on the whole, although there were diversifications. Quite a bit of their material was instrumental, with occasional vocals. The power of the horn section was invigorating. The bass lines throbbed beautifully. They were sort of like a commercially-astute Blood, Sweat & Tears. This compilation is one in the excellent series from Mickie Most's RAK record label following the same format as the others (notably Mud, Suzi Quatro and Hot Chocolate), chronologically including all the singles plus their "b' sides, plus a few other "rarities" for good measure. The sound quality on all of them is simply outstanding. It is a genuine pleasure to listen to. In case you were wondering - "CCS" stood for "Collective Consciousness Society". Very seventies, man. 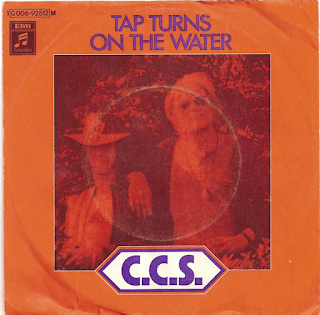 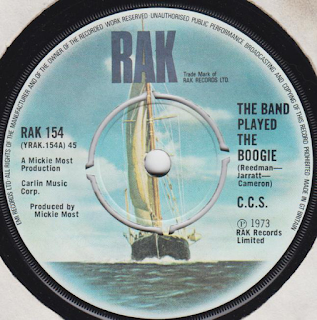 CCS' most famous cut kicks off the album - their cover of Led Zeppelin's Whole Lotta Love that was heard by pretty much everyone for many years as the theme to BBC's Top Of The Pops Thursday evening programme. Their other hit singles were the slightly saucy and infectious Tap Turns On The Water, the muscular, bluesy Walking and the also very catchy The Band Played The Boogie.

Salome has a sumptuously deep, rumbling bass line and a great gruff vocal from Korner and the cover of John Lee Hooker's Boom Boom is given the CCS brass treatment.

Save The World sounds so Jackson 5, you expect Michael to arrive on lead vocals. Like so many of the tracks from Whole Lotta Love onwards, this is a track that mostly has a pulsating rhythmic beat, but goes into quiet passages once or twice within the track as well, before kicking back into that horn-powered tribal drum-driven, highly irresistible beat. Actually, there is a cover The Jackson 5's I Want You Back near the end of this collection.

Brother is a track that hooks into the whole "one world", social consciousness/aware vibe of the early seventies. It has echoes of The Undisputed Truth and also Cymande. It is similar to some of Hot Chocolate's 1973 period material too. Something in the drum/bass sound and the vocals. It was a single but not as big a hit as some of its predecessors, which was a pity. Unlike the 'b' sides of a glam rock group like Mud or Sweet, which were often group-penned and patchy to say the least, the CCS 'b" sides were high quality on the whole, such as the jazzy blues rock of Mister What You Can't Have I Can Get. This was a big, adventurous song for a 'b' side. Credible stuff.

Sixteen Tons was their first unsuccessful single, again a shame as it has some seriously kick posterior brass. I have to say that, even now, The Band Played Played The Boogie really throbs and rocks, punchy as hell. Turn it up loud. Listen to those rumbling glam rock drums.

Hang It On Me has just such a delicious bass line. My goodness, I have to reiterate how good the sound quality is on this compilation. By the time of Hurricane Coming the public seemed to have tired of CCS for some reason as glam rock groups used their drum sound to back poppier, catchier material. Alexis Korner's bluesy croaky voice didn't seem to be de rigeur anymore. The group's out put became more jazzy, and "serious/adult", like the smoky Sunrise, the jaunty Hundred Highways and the cover of Ramsey Lewis's Wade In The Water. The end came quite soon and the collective disbanded. Korner went on to do a blues show on Radio One for several years, subsequently.

Incidentally, the slight rip-off of Hotlegs' (soon to be 10cc) Neanderthal Man in Primitive Love was also a track on Suzi Quatro's debut album (unsurprising as CCS and Quatro were on the RAK label). Personally I preferred Suzi singing about "primitive man making primitive love". 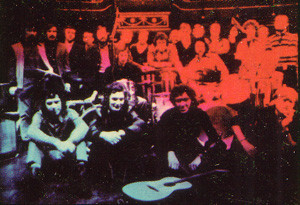