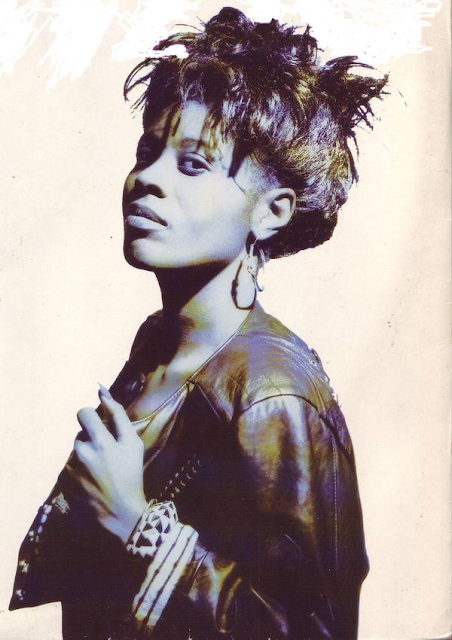 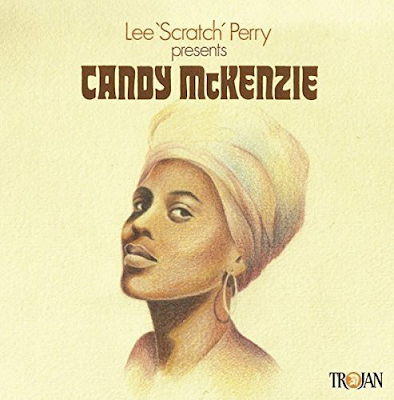 This is a slightly different reggae album from Lee "Scratch" Perry's Black Ark Studio. 1976-1977 had given us Max Romeo's War Ina Babylon, Junior Murvin's Police And Thieves and The Heptones' Party Time - all classic roots reggae albums. Here we had Perry "presenting" previously unknown London singer Candy McKenzie. It is nowhere near as "conscious" or "roots" as those afore-mentioned works and is quite a unique (for the time) reggae album, mixing disco, soul, lovers rock and pop reggae together with Perry's trademark, slightly murky sound production. It had apparently been "lost" in the vaults for years. It had been rejected by Island Records at the time.

Re-released here by the Trojan label, the sound is not as impressive as on those other albums, sounding a tiny bit muffled, less crystal clear and actually I am pretty sure it is a mono recording. It just doesn't have that percussion clarity of many of Perry's other productions strangely. I suspect that the only source Trojan had of the album was the original vinyl. This may well be a "needle drop", albeit a pretty good one. 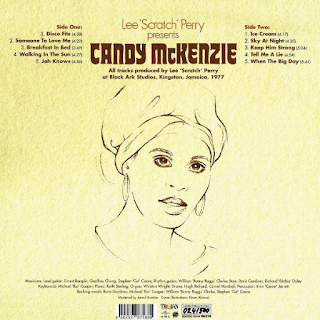 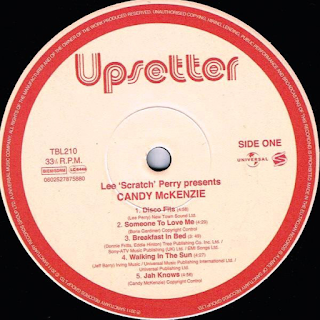 The songs
Disco Fit is a first - an example of disco reggae. The beat is an insistent soulful groove and McKenzie's powerful voice soars all over it in the manner of a soul diva as opposed to a reggae singer.

Someone To Love Me has a more regular upbeat, lilting reggae skank and a "lovers rock" feel to both the beat and McKenzie's airy, light voice.
Breakfast In Bed is the reggae original of the appealing, mid-pace Eddie Hinton song made famous by Dusty Springfield and UB40/Chrissie Hynde.

Walking In The Sun has a strong, bassy skank and another loaded vocal packed full of soul.
Jah Knows is the album's one seemingly Rasta conscious track and has a suitably deep, chunky "riddim". McKenzie's female vocal gives it a bit of an air of Althea and Donna's material from the same era, although her voice is far more versatile and less deadpan. The song is unusual, though, in that it isn't a typical Rasta devotional song at all, despite the title. It is sung from a woman's point of view and is questioning of a male-dominated society.

Ice Cream is a seductive but thumping soul-style number with a sumptuous big bass line. It goes without saying that the voice is superb.
Sky At Night is a dreamy groove with a fetching "one-drop" backing rhythm. One of the best beats on the album. Keep Him Strong is a Sade-style number six years before Diamond Life. Once again, reggae meets sweet soul on a beguiling number.

Tell Me A Lie is another prototype lovers rock song. When The Big Day has a deeper, denser beat, but is a bit muffled in its reproduction. The vocal once more owes more to soul stylings than traditional reggae ones, particularly in the "shoo-wop, shoowop" bit.

This is definitely an unusual addition to my reggae collection, showing that late seventies reggae was not all about righteous Rasta and deep dub. Also, that female reggae singers were not just light, pop singers. Sadly this would prove to be Candy McKenzie's only album. I am unable to find out too much about her but I believe she passed away tragically early.
Related posts :-
Email ThisBlogThis!Share to TwitterShare to FacebookShare to Pinterest