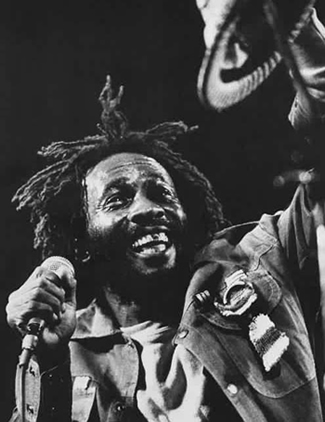 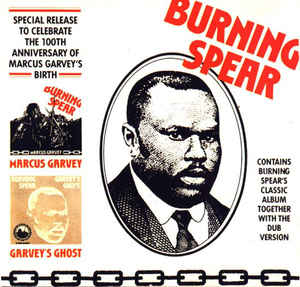 Burning Spear’s Marcus Garvey was released at the end of 1975 and was at the forefront of the black consciousness movement within reggae. It was a veritable foundation stone of the whole roots reggae movement.
The songs
It was tied in, of course, with Rastafarianism, and Jamaican Rasta hero prophet Marcus Garvey gives his name to the album’s title and, indeed its powerful, horn-driven title track that opens the album. This is very much a militant, issue-led album, with a dual attack of religious devotion and cultural awareness, as was so often the case with roots albums. As with the others, too, this does not detract from the appealing, tuneful sound of the album, however. This pretty much applies to all the roots reggae albums of the period. The mid to late seventies were fertile years for authentic roots reggae. 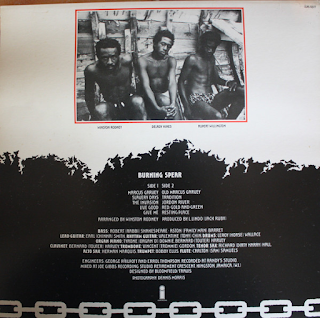 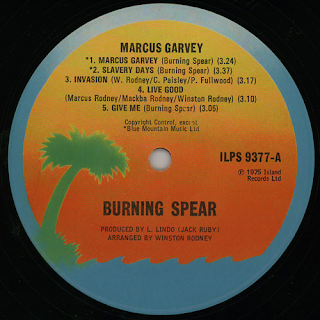 Slavery Days is an iconic song with clear references - “Do you remember the days of slavery?”. It was also successfully covered by Third World in the following year. The rhythmic, grinding insistence of “The Invasion” calls out “Where is your love, Jamaica?” in another plea for political and social unity and equality. A beautiful bass and and brass intro, with some nice flute passages also, leads us melodically into Live Good which sees vocalist and band leader Winston Rodney’s voice at its most mournful and yearning. It is also a bit of a misconception that reggae from this period was primitively recorded in a shack in a tenement yard in Kingston. The sound on this album, and on albums by The Gladiators, Big Youth and Aswad is superb. The bass is nice and warm and not incredibly “thumpy”, the horns (used throughout this album) and percussion are crystal clear and sharp.

Give Me is another brassy groove, while Old Marcus Garvey is a catchy lament for Garvey in his old age. All these albums are so, to coin a phrase, crucial, in summoning up the spirit of roots reggae in those vibrant, vital “punk crossover” years of 1976-1979, particularly in London. It went hand in hand with bands like The Clash and DJs like Don Letts, who promoted that whole “rocker and the ras” thing.

Tradition has an exhilarating, punchy horn backing and a trilling “duh-rrrooop-doo” backing vocal refrain. Great pounding drum sound on this track.
The album comes to its close with three devotional tracks. Jordan River is just magnificent - great lilting guitar, sumptuous horns and Rodney garbling away in his “non-singing” voice about Jah people and the Jordan River.

Red, Gold And Green introduces the iconic Rasta colours to an audience who may not have been familiar with them at the time. Again, there is such an intoxicating bass line on this, and all the songs.
As with so many roots albums, it ends with a Rasta-drum sound influenced pounding groove and a devotional, chant-like vocal.

Apparently, an original, far more raw, rootsier version was the one originally recorded, but the label, Mango, wanted the sound diluted to win over the American market. I am not sure mid-70s Americans were ever won over by Rastafarian-inspired music, not in the way UK music fans were. Punks lapped it up. The eventual album is still, for me, rootsy enough anyway. Its message and sound is still a potent and powerful one. A little of that rootsier sound can be fond however, in the ten “dub” versions of the album, that are included in the double header Marcus Garvey/Garvey’s Ghost. These are some copper-bottomed, seriously good slices of dub. Check out the bass on I And I Survive, the dub version of Days Of Slavery. High quality dub.

This was integral roots sound, roots voice and roots message. 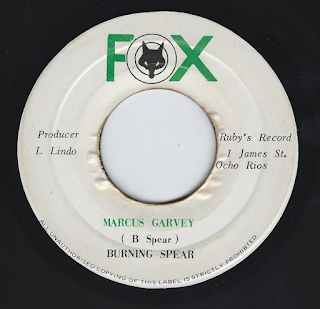 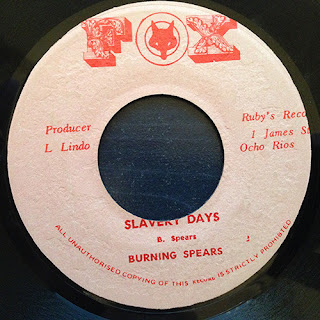