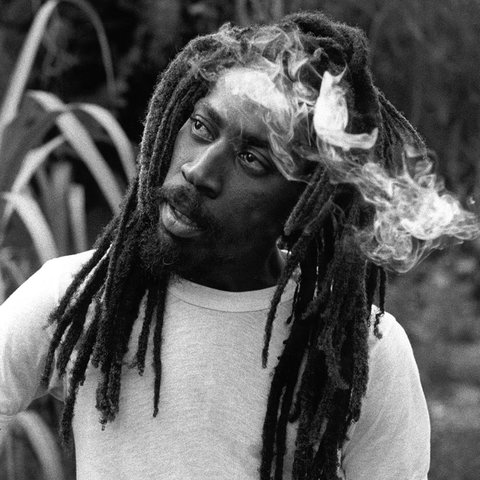 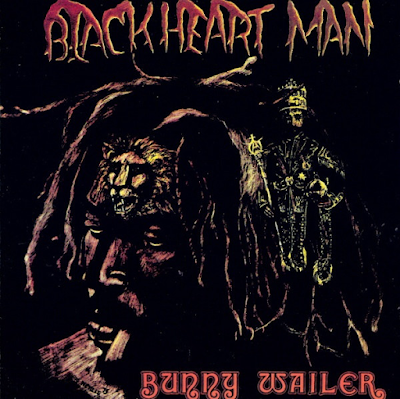 This album from Bunny Wailer, his debut solo work, from 1976, has many overtones of his work with Bob Marley & The Wailers (Catch A Fire and Burnin’). Although the music’s foundations are roots, Rastafari and black consciousness, its rhythms are light, airy and melodic. It was very much in step with work of other artists from the roots reggae boom of 1975-1979, including The Gladiators, The Mighty Diamonds, Aswad and Burning Spear.

Wailer’s voice is medium high in pitch and he has a fine instinct regarding carrying a melody. The backing is largely easy skanking, with horn backing, as was very much the trend at the time.


The opener, the lengthy Blackheart Man, is a mid-paced, intuitive skank telling of a mythical evil man feared by Wailer in his childhood. Apparently this man was a rastaman, and Wailer was warned to keep away from him by his mother. Basically, warning him not to become a Rasta. 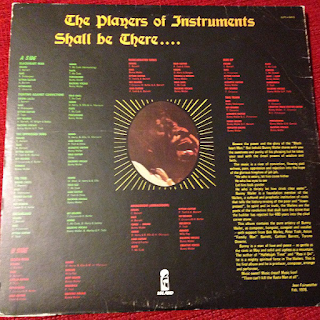 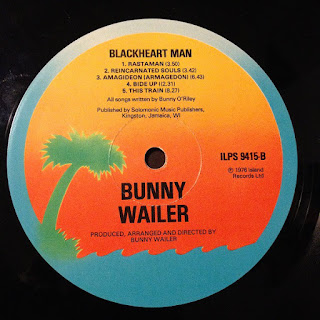 Fighting Against Conviction has an emotive, soulful vocal from Wailer, a catchy refrain and a lovely brass backing. A flute appears near the end, to great effect. The issues on this album are pretty clear - social oppression, hope for a better future and a religious devotion. Themes pretty common to most roots reggae albums. This album, though, is one of the most commercial, almost poppy at times, of most of them.
The Oppressed Song is a slowed-down number, with an acoustic guitar opening that kicks into a captivating song, with some impressive guitar licks. It is more than a bit bluesy in places. there are several musical diversifications here, away from straight reggae.

Fig Tree uses some saxophone effectively as well, reinforcing that this is no regular roots album. Dream Land takes one right back to the Bob Marley & The Wailers material from the early seventies, with a delicious vocal from Bunny that sounds almost like a rock ’n’ roll ballad at times.
Rastaman is a homage to all Rastamen in history and I’m sure it greatly influenced I’m In Love With A Rastaman by South African township band Mahlathini & The Mahotella Queens.

Reincarnated Souls is another saxophone-enhanced number, while Armagideon is a more traditional roots, lyrically, but, that said, there is unique keyboard and also some melodica and what sounds like an accordion. Once again, considerable musical variety.
Bide Up is almost soulful in its execution. The final track, as on so many other roots albums, is a devotional number, introduced by Rasta drumming. This Train is a holy piece of praise - “This train is bound to glory”, like a spiritual.

An influential and interesting roots album. 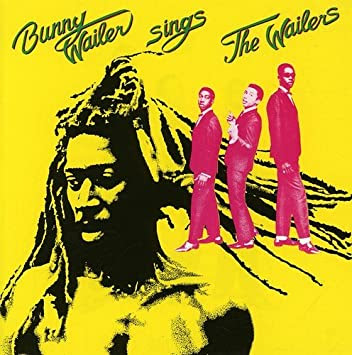 This was an interesting album that saw Bunny Wailer taking on some of his old band's early numbers. However, without Peter Tosh and Bob Marley alongside him, the songs don't quite match up to the originals. They are given a new life of their own, though, despite Bunny's comparative vocal limitations (tough competition, I know), largely due to the presence of Sly & Robbie and Earl "Chinna" Smith on backing music duties.

The album can therefore be listened to in isolation as a pleasant enough skanking collection, and, although there are dubby and roots undertones, particularly on Hypocrite and Rule This Land, they are not heavy or rootsy enough to detract from the songs' melodious appeal. The rootsy Burial is probably my favourite on the album and that too has a dubby but also very accessible feel to it.

Unfortunately, listening to cuts like Marley's Keep On Moving and Tosh's I'm The Toughest only serve to reinforce the view that the songs were done better by those artists.