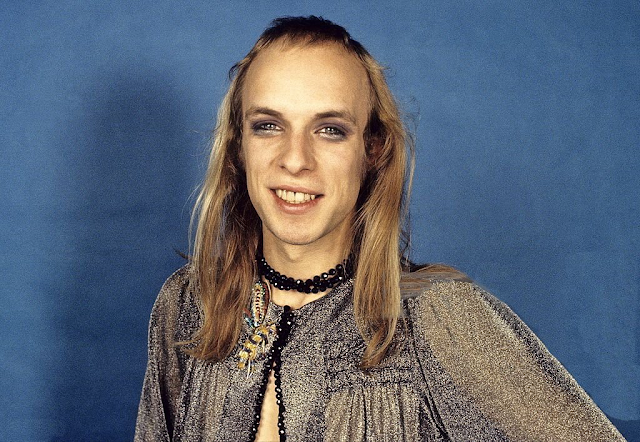 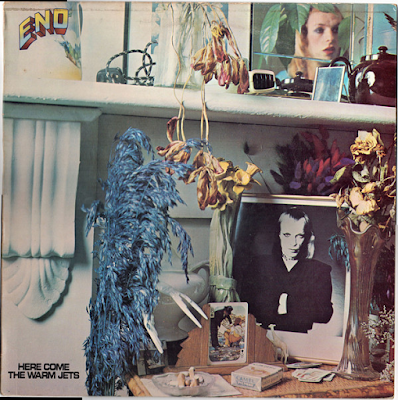 While still hanging around as part of Roxy Music for a few more months at least, oddball keyboards genius Brian Eno brought along Roxy members Phil Manzanera and Andy Mackay to help him record this completely leftfield album that slipped under the radar in 1973, despite the Roxy associations. King Crimson's Robert Fripp is on the album too. The songs are quirky and downright weird at times, but they are always catchy and poppy. Eno is on vocals and he doesn't have the best voice, you have to say, but it has a reedy, whiny punky quality that was way ahead of its time. Yes, it is an avant-garde creation, but a very accessible one. Its sound, however, despite remastering, is decidedly muffled at times, however. Maybe that adds to its strange appeal. The album didn't do very well in 1973. It was just too bizarre. It may well have been more successful in 1981 but that is the thing with works that were ahead of their time.

You have to listen to it a few times to appreciate it, however. You hear little bits in the sound here and there that you missed first time around.

Needles In The Camel's Eye is a Velvet Underground-influenced number with a dense, murky sound with undermines the track somewhat. Eno's vocals aren't great either. It still has an appeal, though.
There is also a VU vibe to the bizarrely-titled The Paw Paw Negro Blowtorch which has Eno adopting a quirky, high-pitched David Byrne-style post-punky vocal years before the sub-genre existed. The funky guitar line is one that Talking Heads would use a lot too, early in their career. You have to say that this is way ahead of its time. Check out those odd piercing noises that populate the track. Innovative Eno at his best.

Baby's On Fire is another one that fits the post-punk description. It is a genuinely infectious oddity. It is full of of strange synthy backing, a great Robert Fripp guitar solo and addictive percussion, along with Eno's hammy vocals. For me, it is the best cut on the album.

Cindy Tell Me has a Velvet Underground-inspired title and more Lou Reed influence is all over it. Once again, you can really imagine how Talking Heads surely knew of this record while listening to it. So much of it can be heard in their first album. It has some excellent synth parts swirling around too. The lyrics are not without a certain tongue-in-cheek humour, either.
Driving Me Backwards features some beguiling guitar/keyboard parts and mysterious wailing vocals. The backing sounds Joy Division-like in places.

On Some Faraway Beach is almost like a Groove Armada "chill-out" thing - an indistinct-sounding instrumental that drifts along without ever getting anywhere until it suddenly builds up into a grandiose Teutonic climax, like a prototype for early Ultravox. Finally, three minutes in, just when you least expect it, a mournful Eno vocal arrives. There are hidden depths to this interesting number. It is so Velvet Underground again, I have to say.

Blank Frank is so 1978-79 it could be Public Image Ltd. It mixes a sort of Bo Diddley rock 'n' roll drum beat with the sort of sounds PIL would come up with five yeas or so later.
Dead Finks Don't Talk has a solid, mid-pace rock beat and some haughty spoken vocals from Eno. It ends with some incongruous, deafening feedback that sort of spoils it slightly.
Some Of Them Are Old has hints of The Beatles at their most idiosyncratic. The Hawaiian guitar sound at the end is, I am sure, Phil Manzanera. He used the same sound on a Roxy 'B' side, Hula Kula.
Here Come The Warm Jets is an instrumental (with occasional vocals) that surely inspired Ultravox.

I remember just not "getting" this album back then. Although weirdness was all around in the whole avant-garde arm of glam rock this was just too weird. In many ways it still is. There's no getting away from it, this is a very peculiar, eccentric and totally unconventional album. 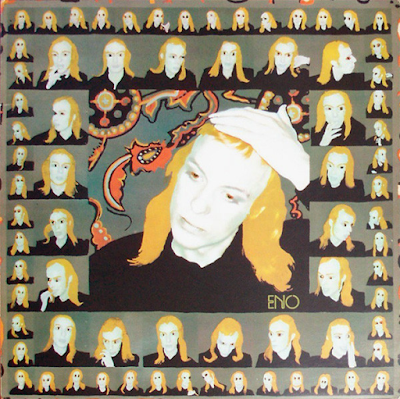 This was Brian Eno’s follow-up to the beautifully strange Here Come The Warm Jets and this offering was just as peculiar, just as weirdly futuristic and experimental. Again, it didn’t sell very well, but has gained considerable subsequent gravitas. As with the previous album, its sheer oddness puts its in a different pigeonhole to any of its contemporaries.  Eno had left Roxy Music the year before, by the way.

The sound is much better on this album than its predecessor too - clearer in its treble and warmer in its bass. The murkiness is largely gone.

Burning Airlines Give You So Much More is a jerky but rhythmic opener, staccato but with appealing percussion and a vague Chinese/Japanese feel to it. The lyrics are completely weird, of course. They reference Japan, actually. The track has a hint of David Bowie about it, several years before the Lodger album that it reminds me of.
Back In Judy's Jungle has a thirties-style piano backing and a haughty vocal of the kind Sparks would use in the same year.

Fat Lady Of Limbourg is a haunting number that sounds like something from the post-punk years of the early eighties, as opposed to 1974. There was simply nothing around in 1974 anything like this.  It is a track full of atmosphere and is enhanced by Andy Mackay’s parping early Roxy Music-style saxophone. This is one of Eno’s most obviously early Roxy-influenced tracks. It really is a strange delight.

Mother Whale Eyeless is another bizarrely-titled number with a bit of Sparks meets early Cockney Rebel about it. To be honest, though, you can’t really compare Eno’s music to anything. The influence this would have on Talking Heads and Tom Tom Club is clear, however, right down to the backing vocals. The Heads' Listening Wind and The Overload are brought to mind on The Great Pretender.
A huge Talking Heads-style riff introduces the decidedly punky Third Uncle. Magazine must have been influenced by this too. So much. And Gang Of Four for that matter. 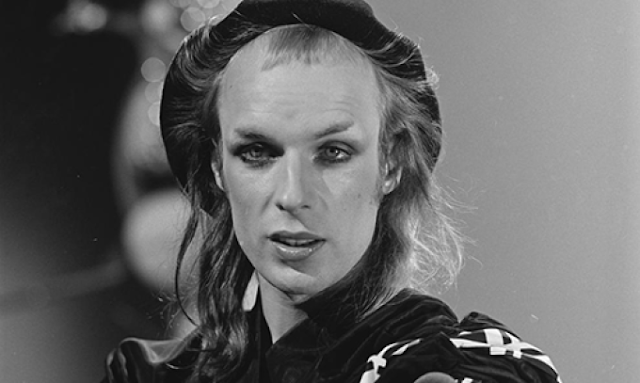 China My China is full of mysterious percussion and lyrics that are even more so. David Bowie would have loved his random words on bits of paper to have given him something like this. Musically and lyrically, it is preposterously ahead of its time.
Taking Tiger Mountain is a mournful extended, slow chant-like song to end another perplexing but fascinating album. Eno went on to compose soundtrack music and ambient instrumental stuff but these two odd albums were really quite ground-breaking, although not many knew it at the time.