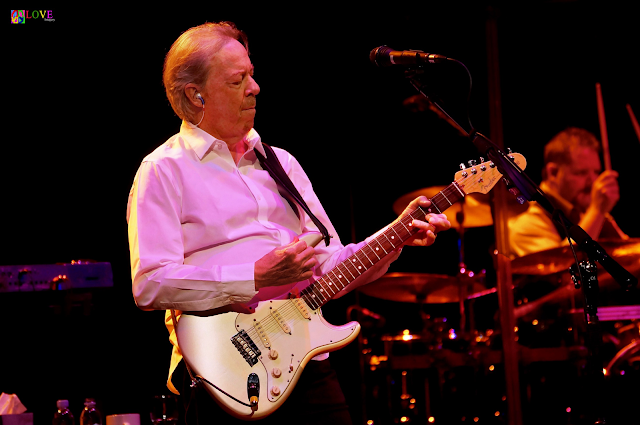 "I am not a jazz singer. I wouldn't place myself on that footing. I wouldn't even enter that arena" - Boz Scaggs 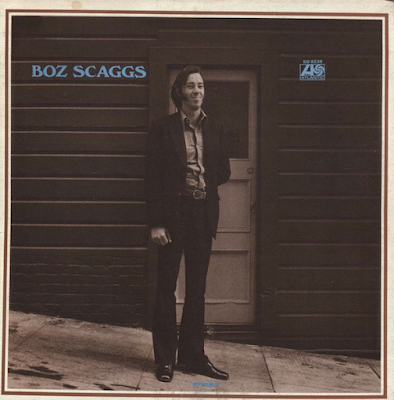 This was Boz Scaggs’ second album, released in 1969 on the Atlantic label, and was almost a complete commercial failure, which was a pity, as its blend of soul, rock, pop, Americana and a sort of country-ish jazzy feel was really impressive, especially for 1969. To be honest, there is not a huge difference between some of the more soulful material on this and the hit 1976 album Silk Degrees, minus the country rock from this one (and four big hits from that one, of course). The backing musicians are no other than the Atlantic Records Muscle Shoals studio session musicians.

I’m Easy opens things up with a thumping, brassy groover, backed up by some woo-ooh gospelly female backing voices.
I’ll Be Long Gone is a fine soulful slow number backed by some very Stax-sounding Booker T. Jones meets Georgie Fame organ.
Another Day (Another Letter) is a very Memphis-influenced soul ballad. These three are the album’s most soulful tracks and its best ones too. 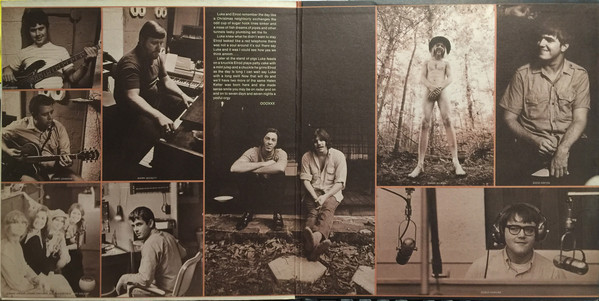 The winsome Now You’re Gone taps into the contemporary trend for gentle, melodious country rock while the vaguely McCartney-esque Finding Her is a quirky, staccato slow one. It utilises some classical-sounding keyboards and a waltz beat together with some jazzy syncopated percussion to great effect.
Look What I Got is a slide guitar-backed piece of bluesy slow soul enhanced by some robust brass. Waiting For A Train was a very Americana-influenced number with a nice bluesy feel, save a few Jimmie Rodgers (it was va cover of one of his songs) yodel-style vocals.

Loan Me A Dime, for some reason, is deafeningly loud in comparison to the album’s other tracks, with a huge pounding drum sound and a deep as hell bass. There is also considerable tape hiss that makes you think your speakers are packing up. It features Duane Allman on some unsurprisingly fabulous blues guitar and is twelve and a half minutes long in true end of the sixties indulgent (but ultimately forgivable) fashion.

The final track, Sweet Release, is a wonderful piece of Van Morrison-esque white soul. It almost could be the man himself.

This album was a sort of of AOR soul/rock offering before it was invented. Maybe this went some way to inventing it. It was a shame it didn’t do the business, but you can sort of hear why - while certainly not bad, it is not edge of your seat good either. I can listen to it and think “hmm that’s ok” but I don’t think “wow” either. That said, listening to it, I realise that Scaggs had something and that the music he was recording was well ahead of its time, both in its quality and its white soul vision.

Scaggs is pictured below with co-producer Jann S. Wenner (right). 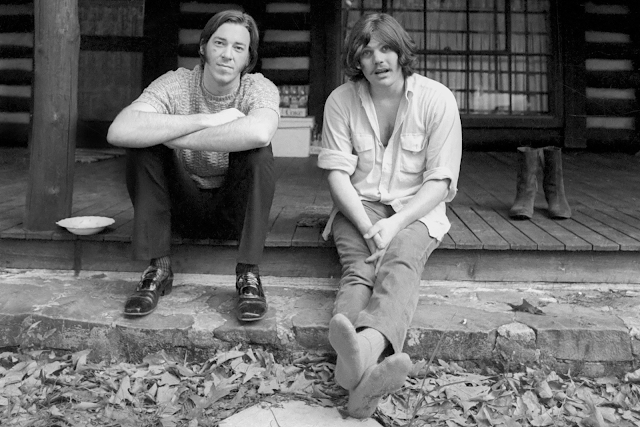 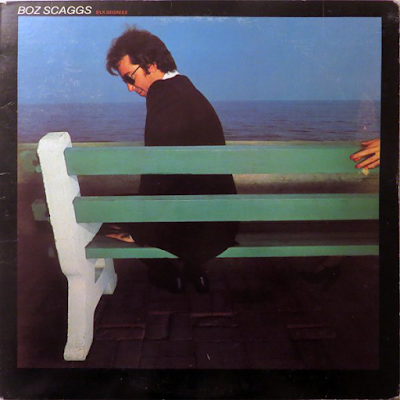 This was the album, from 1976, that brought Boz Scaggs to people’s attention, although it was  actually his seventh outing. The year, and through to 1977, was ideal for this sort of music to succeed, for although punk had taken its hold, it still had not broken into the mainstream and this sort of easy listening pop/soul/funk was very popular. Its breezy, soulful sounds brings back memories of the hot summers of 1976 and 1977. As white soul/rock goes, it is a classic of its genre and was always a credible album to name-drop if you wanted to show what great taste you had, along with Warren Zevon and Little Feat. Even into 1978-79, punks and new wavers still had time for artists like Scaggs and Zevon.

What Can I Say was the album’s first really big hit (top ten in the UK in January 1977) and it was a perfect mix of laid-back pop funk and Philly-style string-backed soul.
Georgia is a lively serving of more funky pop, enhanced by some  fine saxophone. Jump Street is a pounding rocker with bluesy bits and hints of Elton John and Billy Joel too in its piano parts. At times Scaggs’ vocals sounds a bit Jagger-esque.

What Do You Want The Girl To Do? also has an Elton John influence in its immaculately-produced rocking soul.
Harbor Lights is a sleepy, jazzy ballad that highlighted what a good voice Scaggs had/has. It is sublime late night fare. It has a feel of Chris Rea’s slow, relaxing material about it. 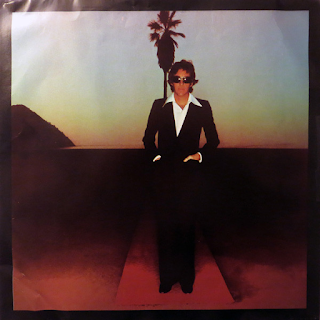 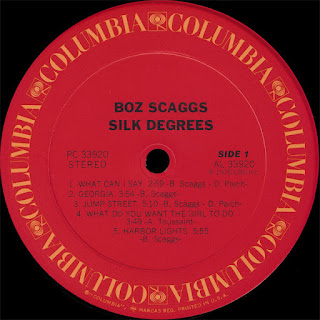 Lowdown was also a minor hit single and remains a soul funk favourite that will make it on to playlists on dedicated soul shows and no soul aficionado will object. There is a bit of Latin Hustle disco flute twittering around on here too.
It’s Over could almost be Tavares or The Detroit Spinners when you hear its brass and strings intro. Once again, it is a wonderful piece of lively summery poppy soul. In many ways, stuff like this is just as much the sound of 1976-77 as any early punk or disco.

Love Me Tomorrow is a slightly funky soully number and then we get one of my all time favourite mid-late seventies singles in the infectious, horn-driven glory of Lido Shuffle. I am sure the song borrows slightly from Bruce Springsteen’s Kitty’s Back in one of its horn riffs though, the instrumental break near the end.

The album ends with the sumptuous ballad We’re All Alone, a beautiful song that became better known through Rita Coolidge’s version, which was a big chart hit. It is a staple of “romantic rock ballads” compilations.

All these years later, Scaggs is still recording but despite some excellent albums he never really bettered this, commercially. 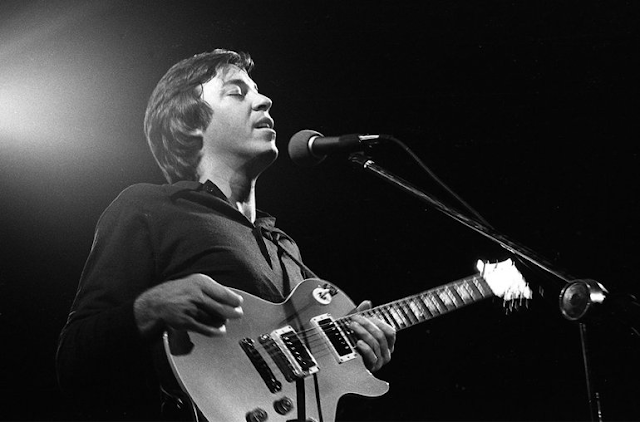 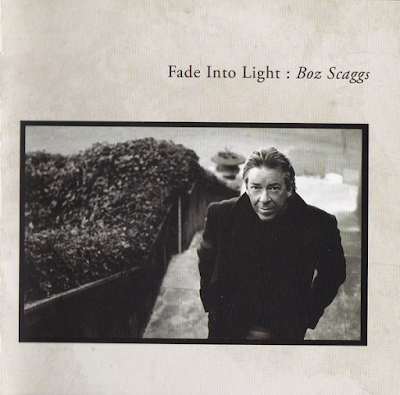 For some reason, this superbly soulful, soothing album was released twice, nine years apart. Either way, it is a masterpiece of smoochy, romantic soul/AOR. Scaggs is rarely mentioned as a master of the genre, but he truly is. This appealing album is proof.

Scaggs uses many musicians on the album and the quality shines through on both their playing and the sound quality.

Lowdown is a deliciously laid-back piece of soul/slow burning soft rock, featuring some Sade-style late night saxophone. Scaggs' vocal is appealing mellifluous and supremely soulful.
Some Things Happen has an infectious, rhythmic guitar and gentle percussion intro. Once again, Scaggs is seductively attractive on his vocal and perfect for late night radio. The Lighthouse Family's vocalist had a similar voice. The backing vocals interplay with Scaggs on the chorus is sublime.

Just Go is just a wonderful, slow, romantic and sensitive number.
Love TKO is a Bobby Womack song previously covered by Teddy Pendergrass which Scaggs does highly credible justice to. The soul feeling on here is peerless, as indeed is the guitar work.
Fade Into Light is a classic Scaggs ballad with that distinctive We're All Alone-sounding vocal. Harbor Lights is a gentle piano-powered ballad with a real jazzy feel to it and a lovely deep stand-up bass sound. It has an excellent piano/bass/drum instrumental bit at the end.

Lost It is just beautiful - slow, romantic and sensual. Check out that heavenly organ break too. Time continues in a laid-back, vaguely Latin American acoustic guitar-driven groove. The song breaks out into a fast-paced bit of bluesy rock half way through, impressively. There is a great wah-wah guitar solo on it too.
Sierra is simply delightful, airy, melodic and breezy in a very late seventies Al Stewart way. Once again, some fantastic guitar brings the track to a close.

Scaggs revisits his huge hit We're All Alone in slightly unplugged style, with just him, the piano and some subtle strings. It is simply a marvellous song and needs little further comment from me. Simone is a samba-influenced slow ballad. It is a bit Chris Rea-ish.
I'll Be The One washes over you in a very laid-back, waves on the shore fashion. It utilises some contemporary r 'n' b scratching soinds on the backing, probably unnecessarily.

Stick this on as a late night album, it can't fail. 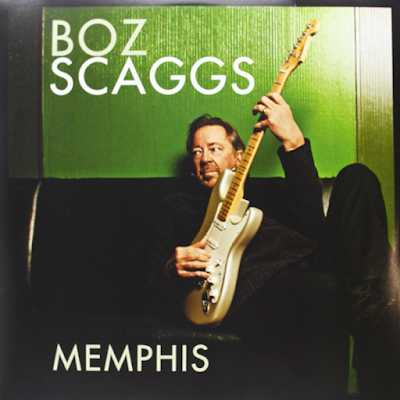 Some artists just don’t let you down. They are honest artists who release honest music and have been doing so for years. Boz Scaggs is one of those artists.

There is a wonderful Memphis soul feel to this album. Just listen to the first two tracks, as Boz evokes Al Green. That organ backing on Gone Baby Gone and the drum sound and Boz’s Green-esque vocal on So Good To Be Here. Oh and did I mention the horns?
The beautiful laid-back soul groove of Love On A Two Way Street is intoxicating. Can I Change My Mind is a lovely piece of relaxing late night soul, while Dry Spell features some searing Chris Rea-style blues slide guitar. You Got Me Cryin' is a good slow blues too.

As a huge Mink De Ville fan, I was interested to hear the covers of one of my favourites, Mixed Up Shook Up Girl and the swamp-rock-ish Cadillac Walk. Boz does them justice.
As he also does Steely Dan’s New Orleans-inspired Pearl Of The Quarter. Covers of Rainy Night In Georgia (which has to be covered well, or not at all) and Corinna Corinna, where he sounds like acoustic Bruce Springsteen, are similarly impressive. Sunny Gone closes the album in reflective, slow jazzy mood.

As I said you can trust Boz. You can’t really go wrong. 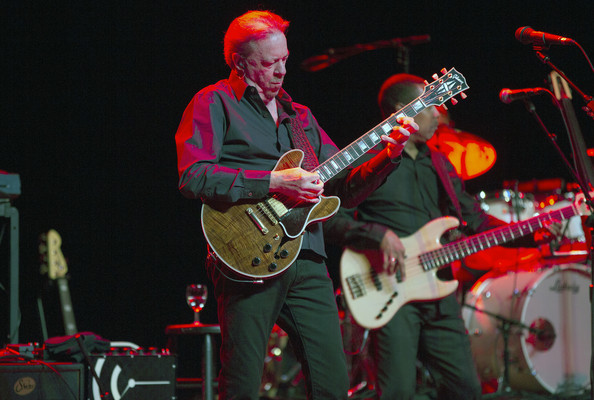