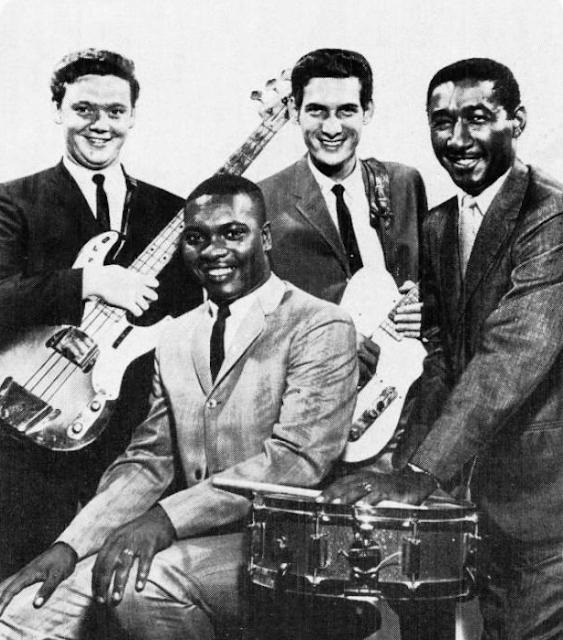 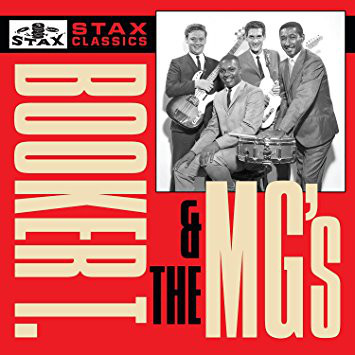 This is another in the excellent series of Stax Classics compilations - short-ish collections containing the artists' best work and remastered to a high standard.

Booker T & The MGs were a hugely influential instrumental funk/r'n'b group, originating in Memphis in 1962. The original line up gave us a sound that was built around the organ of Booker T. Jones and the funky guitar of Steve Cropper. Lewie Steinberg delivered a rumbling, solid bass and the whole thing was driven reliably along by the drums of Al Jackson Jr. In 1965, David "Duck" Dunn replaced Steinberg on bass.

They became the "house band" for the legendary Stax Records label and played some memorable backing sounds on hits that are too many to mention - by the likes of Wilson Pickett, Otis Redding, Sam & Dave, Albert King, Johnnie Taylor and Rufus Thomas. Also notable was the fact that they were multi-racial, Cropper and Steinberg being white. This was highly unusual for Southern States USA in 1962. 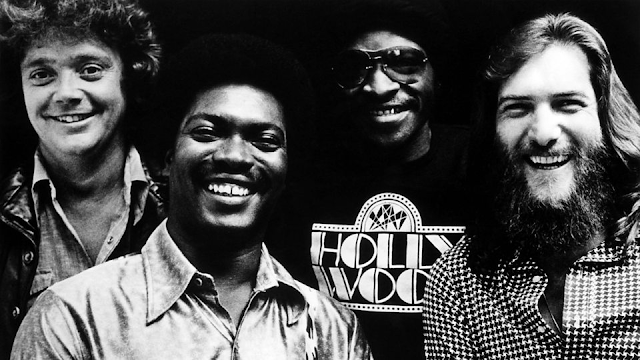 This collection is made up not of the hits for other artists that they played on, but of their own instrumental hits. The most well-known is the instantly recognisable organ riffy-dominated Green Onions, which was their first big hit. The equally catchy Time Is Tight was used for many years as the backing music while the chart rundown was read out on Sundays on Radio One.
Anyone over fifty will be transported back to those days upon hearing its tune. Similarly, any cricket fans will love the calypso/soca rhythms of Soul Limbo, which was the theme tune for many years of BBC TV's cricket coverage, and is now used by Test Match Special on the radio.
Below is a clip of Booker T, Steve Cropper and David 'Duck" Dunn performing it in 1991 on the David Letterman Show.
Mo' Onions is a re-make of Green Onions. Hip Hug-Her features some killer organ and guitar over that metronomic but funky rhythm.
Jelly Bread has some infectious bluesy riffs to it. Yes, there are similarities to Green Onions but this is high quality instrumental backing track music and with all the tracks, they can be played in their own right.
Tic-Tac-Toe features seriously impressive organ, while Boot-Leg gives us some heavy guitar and some guest brass. The rhythm on Soul Dressing is captivating. Look, there really isn't a duff track on here, you can pick out great bits from all of them. Not only soul musicians will have been influenced by this, rock organists like Deep Purple's Jon Lord will have undoubtedly benefited from listening to this.

The adjective cookin' seems to have been made for this material. It is dripping with rudimentary funk that bands like The Meters would follow.
I also own the excellent album pictured below, Green Onions (1962) from Booker T. & The MG's, although the best tracks from it, Green Onions and the sound-alike follow-up, Mo' Onions appear on the above compilation, along with several other good cuts, like Rinky Dink, Behave Yourself, Lonely Avenue and a groovy, vivacious cover of Ray Charles's I Got A Woman (for a 1962 album, the stereo sound is absolutely superb, by the way):- 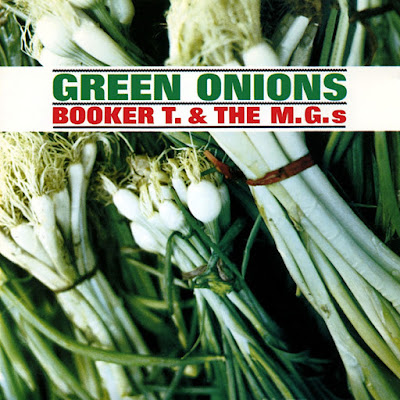