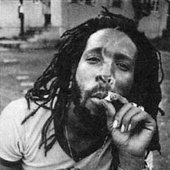 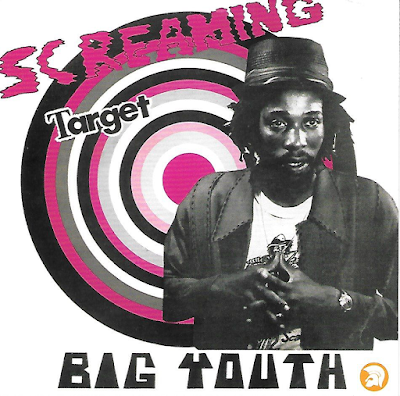 This was Big Youth's debut album, released as early as 1972, surprisingly. Big Youth was one of the first reggae “toasters” - DJs who “toasted” i.e. semi-sung vocals over an often recognisable beat from another familiar song, such as No, No, No on the title track of this album. U-Roy was one of the first exponents, closely followed by Big Youth.

I find it very difficult to review this particular “DJ” genre in the track by track style that I apply to say, rock, soul or folk albums. The tracks are relatively similar - drum shot kick start, a thumping, heavy dubby skanking beat and Big Youth’s assorted “toasts” over the top of the “riddim”. They just sort of envelop you in a bassy, floor-shaking cocoon for half an hour, which is enough to satisfy my need for some of the DJ vibe. Many of his utterances have been used by subsequent reggae/two tone bands, notably The Beat, who used "good God" and "well, look at dat" regularly.

In his toasts, Big Youth ruminates on various issues - cultural consciousness, Rastafarian devotion, social problems, girls, the usual stuff. A favourite is the relative nursery-rhyme inspired nonsense of Solomon A Gunday, with its captivating trombone riffs and gentle, melodious riddim. This is a perfect example of the DJ/Roots genre - incomprehensible chatter over a subtle beat.
A lot of the backing tracks the Youth used are relatively tuneful and light in texture (the same applied to U-Roy’s material) as opposed to a heavier, dubbier backing. A lot of the tracks are derived from early seventies almost rock steady mid-paced beats - lightly skanking guitars and swirling organ parts, such as featured heavily on Honesty.
I Am Alright, however, does have an impressive big, booming bass line, but it is also melodious. I love the bass line on this one. Youth’s vocal over the often solitary bass line is addictive. Lee A Low ploughs the same furrow as well. One Of These Days has a haunting vocal and an insistent melody. 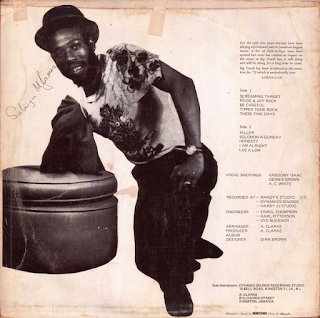 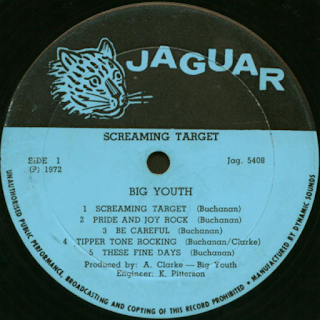 KG's Halfway Tree is an interesting track, with an odd violin-like sound at the beginning before some seriously floor-shaking bass. The violin samples are rather catchy and continue throughout what is an instrumental with no toasting. Dubby reggae meets classical music. Well, well, well.

Pride And Ambition is a lovely cut, and features a great vocal from Leroy Smart (what Big Youth’s contribution was is to that track is unclear). Smart’s voice is higher and more melodic.
One One Coco features a Gregory Isaacs track and a mournful, instantly recognisable vocal from Isaacs. Their Own Way Version features a Big Youth vocal, singing properly here as opposed to toasting. Be Careful has Dennis Brown on sampled vocals and Big Youth on toasting.

Considering this was released in 1972, several years before the roots explosion that came with the punk crossover of 76-79, it really was very ground-breaking. Bob Marley & The Wailers had yet to release Catch A Fire and most other reggae that was being released and listened to was of the commercial, upbeat style of Desmond Dekker, Jimmy Cliff and Dandy Livingstone. The world would not be ready for Big Youth for another four or five years.