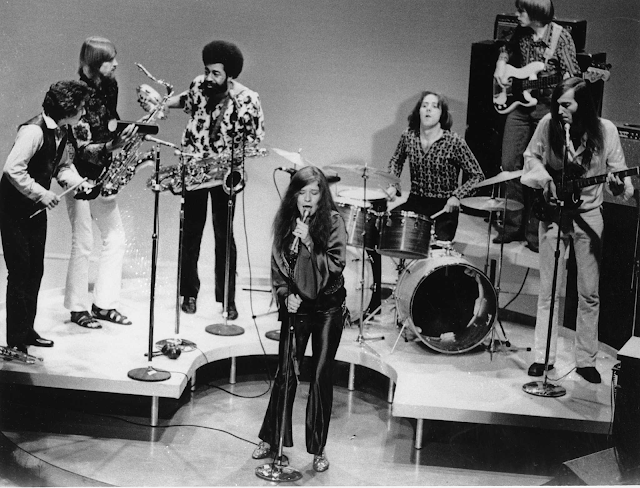 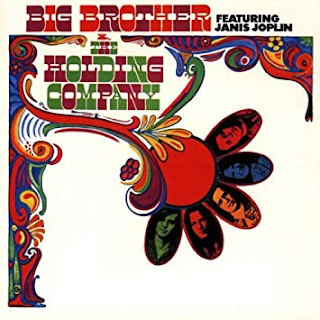 1967’s debut from Big Brother & The Holding Company, featuring Janis Joplin on lead vocals is nowhere near as bluesy as their subsequent albums. Released in the summer of 1967, it is a collection of all sub-three minute tracks and it a mixture of semi-bluesy pop/rock, mixed with a bit of country, hippy and psychedelic rock thrown in.

Bye Bye Baby is rather poppy and only gets heavier and a bit bluesy near the end, while the rocking Easy Rider has real shades of of The Rolling Stones 1966 work about it. Intruder is more blatantly rocky, with some blistering drums and Janis’s voice at its growliest. Light Is Faster Than Sound  begins with Janis almost sounding like The Mamas and The Papas. It is one of those “spacey” songs such as 2000 Light Years From Home - getting in on the whole space vibe, man. There are a few good bits in it, particularly a grinding guitar, but it is very much of its time. Just when you expect a bit of extended guitar play, it ends. Call On Me has an almost rock ’n’ roll ballad intro and Janis’s vocal again shows that throaty potential but it never quite gets there. This is very much an album of what was going to be in a year or two. 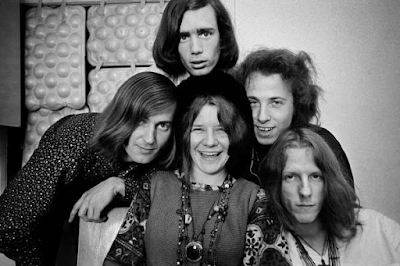 Coo Coo again ends just as you are getting in to it, some nice guitar but it sounds like a cutting room demo, to be honest. Women Is Losers has a Jean Genie/Blockbuster riff six years early. One of the bluesiest rockers on the album. Blindman features male vocals and some Californian-style hippy harmonies from Janis. Some good guitar parts on this. Down On Me is probably the best track on the album and one of those that sounds as if it has reached a satisfactory completion, as opposed to others that give the impression of being half-finished. Janis’s voice is at its best here. Caterpillar is a bit of an embarrassment - “crawling for your love”. They must have been on something when they came up with this one, man. Easily the album’s worst track.

All Is Loneliness has an infectious bass line and a real hippy bass and bongos vibe and another great Joplin vocal. There is something appealing about this one. It has a sort of hazy sixties psychedelic party feel about it. Finally, The Last Time see Janis ranting in true style at her man over some convincing, upbeat jazzy rock backing.

Overall, though, one cannot help but feel that this album is somewhat half-baked and there was better to come. There was. 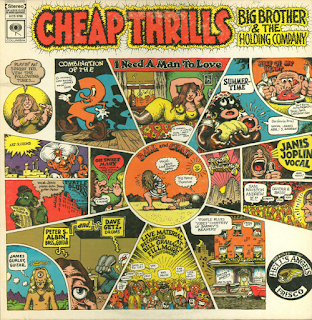 This was Janis Joplin's second album backed by her band, Big Brother & The Holding Company. It is, bizarrely, overdubbed with crowd noises between tracks to make it sound like a live album, a deliberate move and one that convinced many at the time. It is, in fact, a studio album. To be fair, though, it has a loose, "live" feel to it throughout. It is acid-rock psychedelia in all its glory, but there is also that bluesy soulfulness that Joplin always had. A year before this had come Sgt. Pepper but this took rock music to another level altogether in some ways. Had anyone heard vocals so damn passionate, from a female artist too? Janis was no Sandie Shaw or Mary Hopkin. She blew them all away.

Beginning with some of that afore-mentioned crowd noise, Combination Of The Two bursts from a heavy rock intro to an upbeat, pulsating piece of rock/soul with Joplin trading vocals with others in the band over a frenetic drum backing. It ends with some typical late sixties psychedelic-sounding guitar before some more "ooh-ooh" soul vocals take us to the finish. 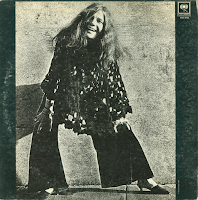 I Need A Man To Love is a slow burning blues rock number that features some blistering, buzzy lead guitar and Janis's vocal is raucously improvisational.

Summertime is one of her most well-known tracks and it has a laid-back, melodic and bassy backing that perfectly complements Janis's throaty delivery. This is not just drug-addled psych rock, this is blues rock of the highest quality. Janis was, first and foremost, if you ask me, a blues singer. This track leaves one in no doubt about that. The bass line that runs through the song is sumptuous too. It was one of the very first examples of a rock band covering an easy listening/jazz standard. It was actually quite ground-breaking stuff.

Then, of course, there is the sheer bloody magnificence of Janis's cover of Erma Franklin's Piece Of My Heart. Janis makes the song her own with a wonderfully full-on but soulful vocal, which exemplified perfectly how rock could merge with soul effectively, especially in Janis's hands. It is a true all-time classic. 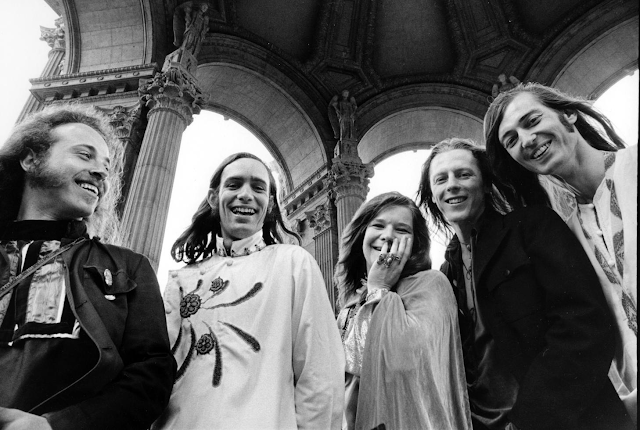 The blues is back with the acoustic bar-room (complete with breaking glass) whiskey-sodden strains of Turtle Blues. Oh Sweet Mary is the most obviously psychedelic number on the album, featuring some deep, rolling drums, fuzzy psych guitar and rumbling bass. Put this on loud and imagine those swirling kaleidoscope colours, man. Very 1968.

Sticking with the searing guitar sound of those crazy psychedelic parties is the extended closer, Ball And Chain, which, after a cutting guitar intro, finds itself insistently deep and bluesy. Once more, this is a track with a real "live" feeling to it, as if the band laid it down in one take. That bass is just beautiful, mama. Now, where did I put those incense sticks.....