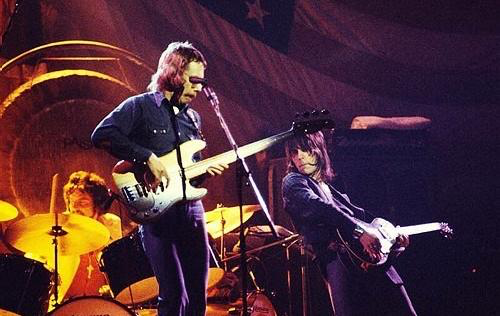 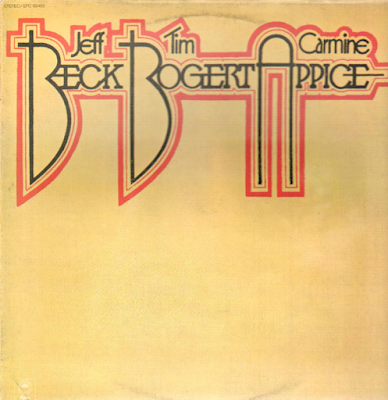 Black Cat Moan/Lady/Oh To Love You/Superstition/Sweet Sweet Surrender/Why Should I Care/Lose Myself With You/Livin' Alone/I'm So Proud
Having released albums that fused rock firstly with blues, then soul, then jazz, Jeff Beck recruited bassist Tim Bogert and drummer Carmine Appice (both once of Vanilla Fudge) to merge rock with, well, heavier rock. He seemed to want to produce a Cream-style power trio. Heavy rock was de rigeur at the time with Led Zeppelin and Deep Purple thundering and hammering their stuff to the top of the album charts. It was also quite the thing to form a "supergroup", Derek & The Dominoes style. This one only lasted for this album, plus a live album. It was a bit of a shame because they had something about them.

The sound quality on the album is also seriously good. Now on to the tracks. 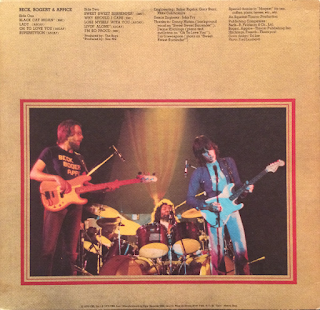 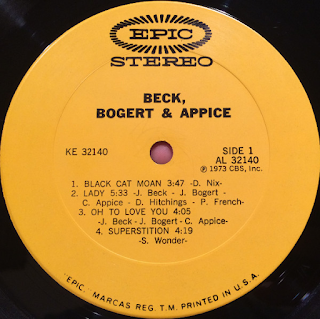 While rocking heavily, Black Cat Moan is also a very bluesy number, with a conventional blues chorus and guitar riffs. Carmine Appice is a solid, powerful, inventive drummer and drives the song along impressively.
Lady has some excellent, rubbery bass runs from Bogert and some searing Beck guitar. It has a very Eric Clapton-esque, laid-back vocals that has definite echoes of Cream in it too. There are funky little bits in it too, so it is certainly not all heavy metal bombast. Far from it. There is considerable subtlety here at times. The drum "solo" bit at the end is great. I like this track a lot.

Oh To Love You has one of those typical heavy rock, yearning vocals and some nice guitar backing but, strangely enough, it is a bit washy-washy. The quirky guitar rescues it, though.
Stevie Wonder's Superstition is given a serrated rock treatment, full of shedding guitar. Beck had contributed to the creation of Wonder's original. Although this is good in its heavy way, it lacks the sheer, irresistible funkiness of the original.
Sweet Sweet Surrender has hints of Bob Dylan & The Band's I Shall Be Released about it. Again, it is not incredibly heavy, neither is the catchy, Status Quo-ish Why Should I Care. As with all of the tracks, there are heavy bits in them, but they are balanced by subtler parts and singalong refrains.

Lose Myself With You has another of those high-ish pitched stereotypical heavy rock vocals. Livin' Alone is again very Status Quo-esque, with more superb bass. Curtis Mayfield's I'm So Proud is a grandiose and melodic ballad to end the album.

This is not as bad an album as I have seen some rock journalists accuse it of being. Not at all. There are some appealing songs on there and, obviously, some impressive guitar on every track. It's Jeff Beck. Of course there is. 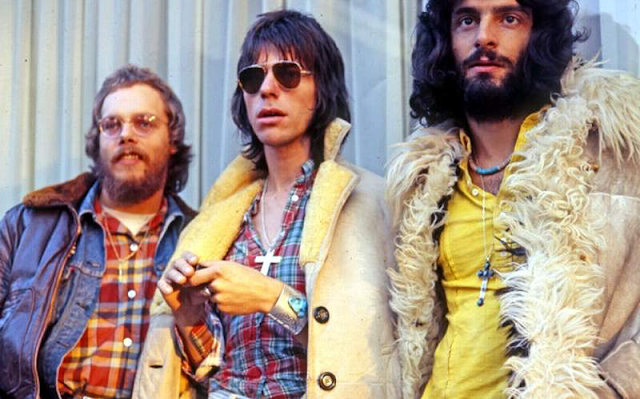