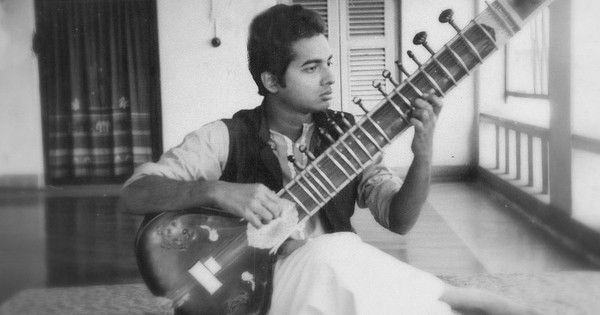 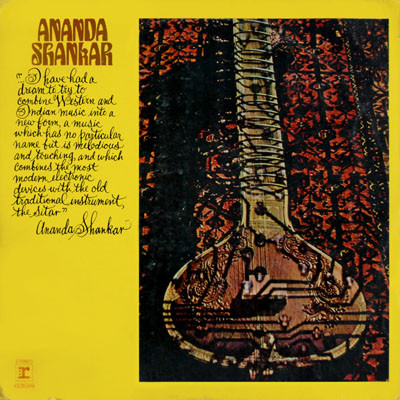 From the mid-late sixties, popularised by The Rolling Stones' Brian Jones and The Beatles' George Harrison in particular (Paint It, Black and Within You Without You being the classic examples, of course), it was fashionable to utilise traditional Indian/Eastern instruments such as the sitar, the tabla and the harmonium and/or employ Indian musicians to play them on albums. This album was one of the first extensions of the Eastern music/psychedelic rock fusion, making a whole album of it - merging traditional Eastern sounds with rock ones. It is quite a heady mix and the album was a success. Here we had Shankar's sitar combining with moog synthesiser and Eastern-influenced, often frantic percussion. It started a trend in what became known as "raga-rock".

The songs
The opener is a now-iconic cover of The Rolling Stones' Jumpin' Jack Flash, featuring madcap sitar playing and an infectious moog backing. Personally, I can't get enough of it. It's great.
Snow Flower is a dreamy, hippy-ish number that would now be referred to a "chill-out" fare. It is deliciously "ambient".
The album's other rock cover, of The Doors' Light My Fire is also wonderful too, and is far more than just a novelty. The sitar takes the place of the guitar and the whole thing is pretty credible, far more arty than it is cheesy

Mamata (Affection) is a quietly reflective, meditative and extremely melodic number, while the upbeat Metamorphosis features some infectious drum sounds. It is probably the most psychedelic-sounding track on the album.

The album's old "side two" is traditional stuff. The thirteen-minute Sagar (The Ocean) is certainly that, but it is also very hippy-psychedelic, man. Despite that, it is the closet track on the album to the classical Indian style.
The final two cuts, Dance Indra and Raghupati are traditional Indian folk/dance tunes and are lively and upbeat.

"Side one" can be viewed as more of the "fusion" side, while "side two" was the more traditional one. Some have argued that it is the traditional stuff that should have populated the whole album. Personally, I think that misses the point. I love Jumpin' Jack Flash and Light My Fire done in this way.