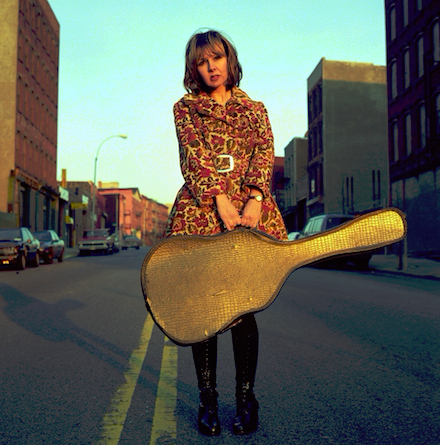 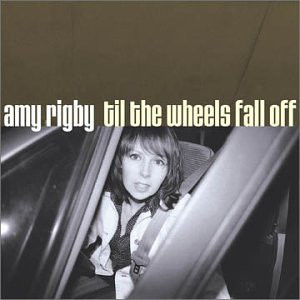 Amy Rigby sings wry, witty, guitar-driven country rock. She far is less earnest than Mary Chapin Carpenter and more cynically world-weary than Lucinda Williams, but she has that strong woman but angst-ridden thing that so many contemporary female country rock singers have. Some of her songs are amusingly observational which renders her more unique in this respect than many of her peers.

Why Do I, after a low-key intro, burst out into a powerful, bassy, rocky number, with, for me, echoes of country singer Tish Hinojosa in the vocal delivery. It has a nice jangly guitar backing too.
Till The Wheels Fall Off is a livewire Elvis Costello & the Attractions-influenced, organ-driven rocker. It has some excellent guitar and brass on it as well.

Shopping Around has a plaintive vocal over an acoustic and thumping drum backing. These first three tracks have been all upbeat and punchy, however, the album gets slightly more quieter in tone from now on. This starts with the gentle, acoustic Don't Ever Change. It is a rather moving and sincere song sung by Rigby to her daughter. Underpinning the song is a delicious little bass line. Quite appropriate for a lovely song.

Are We Ever Going To Have Sex Again? is the album's best known track, no doubt due to its up front subject matter and its honestly expressed and amusing lines. It will surely strike a chord with many people. "We used to be triple x rated - look at us now, so domesticated...". Great line. It has some bluesy guitar backing it up.
The Deal is a jaunty, quirky sort of Paul McCartney-esque number, with a few vague Beach Boys early seventies airs about it too. It features some oddball synthesiser at the end.
O'Hare is a bleak but melodic rock ballad-style track with a convincing, annoyed-sounding vocal from Amy and a killer mid-song guitar solo. It is a song that begs repeated listens. Each time you hear it, it sounds better, as indeed does the album.

How People Are is a quiet, acoustic song with echoes of Joni Mitchell and Kate Bush in places. Half way through it benefits from a brush drum, jazzy interjection. It is a serious, reflective track.
Even The Weak Survive is another Elvis Costello-influenced track, this time in its slow, stately beat. The vocal is excellent and the song has, once again, a growing appeal to it.

Last Request is a short, sharp, powerful, crashing rock number, full of riffs and shredding guitar lines. It finishes a bit too soon, only two minutes in.
Here We Go Again has spoken vocals on the verses and an addictive, shuffling rhythm. It is another example of the different types of song contained on here.

Breakup Boots is more of a traditional-ish sort of country song about putting on her breakup boots, unsurprisingly. Believe In You, apparently, is a tribute to George Harrison. It is a worthy one, too, full of psychedelic sounds and Eastern bits. Of course, it is Beatles-esque.
The final track is the quiet, evocative All The Way To Heaven. This has been an album that explores quite a few different styles over its songs - there is punky rock material, Costello, Beatles, McCartney, Beach Boys and Harrison influences, traditional country, full on rock, soulful stuff too. As I said earlier, it is an album that requires several listens. With each one I found I liked it more. 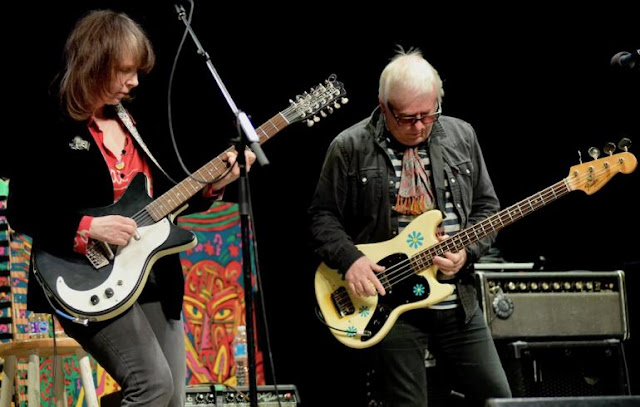