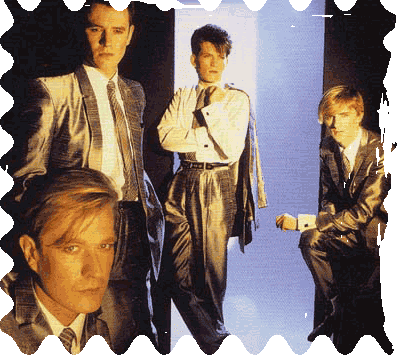 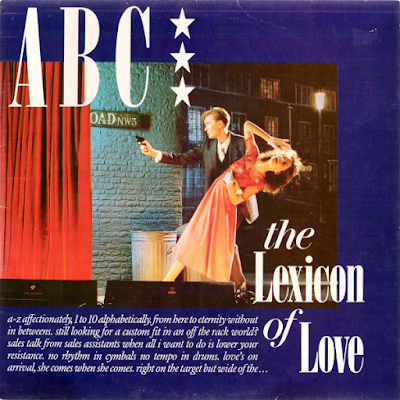 Show Me/Poison Arrow/Many Happy Returns/Tears Are Not Enough/Valentine's Day/The Look Of Love (Pt. 1)/Date Stamp/All Of My Heart/4 Ever 2 Gether/The Look Of Love (Pt. 4)/Theme From Mantrap
This album, from 1982, was more than just a bandwagon-jumping “New Romantic” album. It really had something about it. Yes, singer Martin Fry had that affected, deliberately haughty voice that singers in the genre adopted at the time.  The music was synthesiser dominated, to an extent, but not in the way that say, The Human League were. ABC used a lot more orchestrated string backing and employed a throbbing Level 42-style bass. 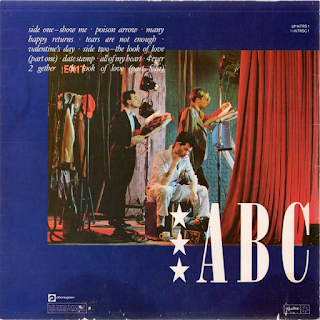 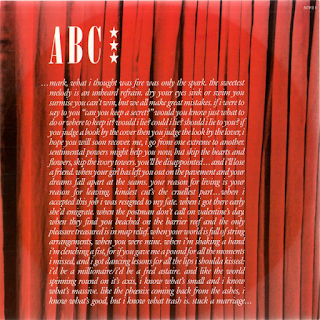 Show Me is a dramatic, instantly attractive opener, setting the scene for a grandiose album. The massive hit single, Poison Arrow was next and, of course, it had an irresistible hook and chorus. Fry’s vocal dominates it but the backing is sumptuous too. Lovely background saxophone and that rubber-band bass line is intoxicating. As a punk/new wave and ska man back in 1982, I dismissed ABC as something I pretended were ok for my then girlfriend’s sake. Deep down I had no time for them. I have changed my attitude to them over the years and now listen to this album every now and again, really enjoying it when I do. Those huge synth drums - wow. Great single, no argument there.
The bassy/funky melody continues with the sort of Soft Cell-ish Many Happy Returns, with its slightly cynical lyrics. There are some seriously great hooks in these songs. “I know democracy, but I know what’s fascist..” sings Fry, albeit somewhat pretentiously, but I’ll forgive him. Some huge sweeping instrumental bits in here too. 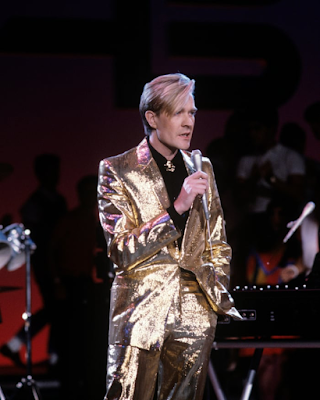 Tears Are Not Enough is a Kid Creole-fashioned funker and some trendy lyrics about “boy meets girl”. Valentine's Day is a little bit overblown, lyrically, but has some jazzy piano parts in the middle. Another wonderful hit single is next, the infuriatingly catchy The Look Of Love (Pt. 1), full of chunky guitars bits and Fry’s soaring voice. You just can’t argue with this one. “Hip hip hooray, Yippy-I-ay” sings Fry at the end. You know, it doesn’t even sound ludicrous.

Date Stamp is a delicious, mid-pace romantic one with more superb vocals from both Fry and the backing vocalists. “I get sales talk from sales assistants”. There were some quirkily clever lyrics on this album.

All Of My Heart was another single and boy, what an intro it had. All tinkling keyboards, strings and a convincing vocal. Just simply a great song. It has an exhilarating refrain. Just joyful. Best track on the album.

4 Ever 2 Gether has a teenage-derived chorus and title but it is a quite dark-ish number, with more Soft Cell overtones.
The Look Of Love (Pt. 4) is a brief, orchestral fade out of the classic song, while Theme From Mantrap is a classically-influenced piano-driven ballad the evicts the lyrics of Poison Arrow in a torch-song style to end what was a vibrant album full of early eighties joie de vivre. I was wrong back in 1982. This is/was a wonderful, credible album. 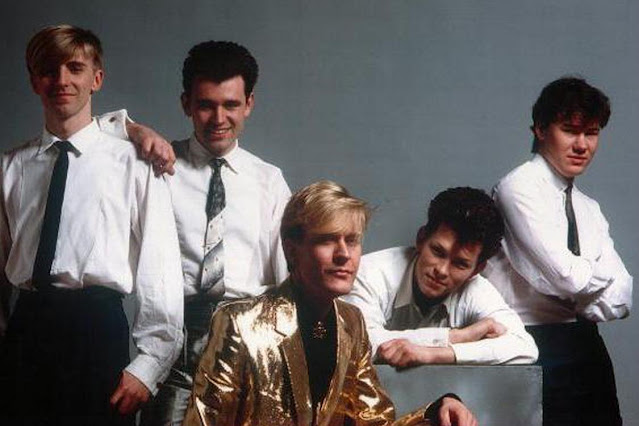