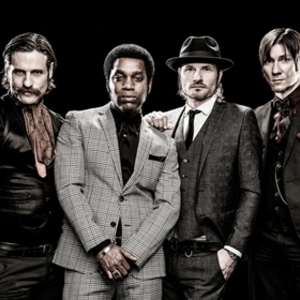 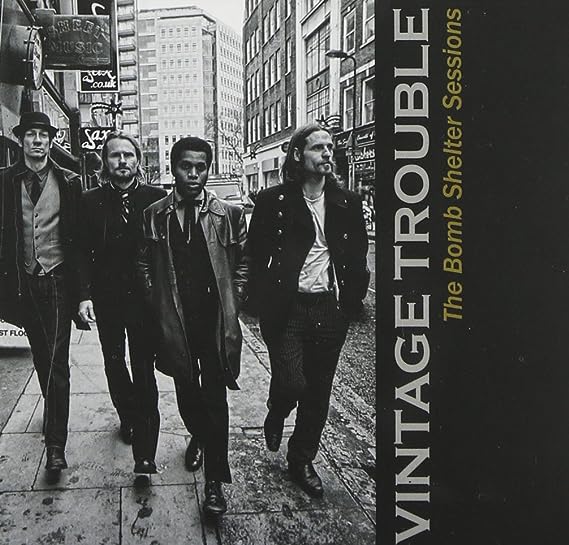 Vintage Trouble are part of the contemporary blues/soul rock trend that has given us Curtis Harding, Nathaniel Rateliff, Leon Bridges, The London Souls and Gary Clark Jr., to name but a few. They take sixties-style blues rock and turn it up to the to the max with a full-on attack and some intuitive vocals.

Hand Me Down Blues is an absolute storming slice of searing, guitar driven  blues rock that assaults your senses like someone has just attacked you with a chainsaw. The.vocals are magnificent.
Still And Always Will slows down the pace, but only a little. It is a down and dirty burning hot blues. The pace and attack just doesn’t let up. I saw this band supporting The Who in 2013 and their sheer energy blew me away. Particularly from livewire lead singer Ty Taylor. The half full arena at the time loved them.
Nancy Lee is a sumptuous, soulful gem of a song, like those classic sixties blues rock cuts but with a booming, heavy contemporary production. If you are worried about your tender ears hurting, stay well away from this!

Time to slow things down now for Gracefully, which, appropriately, is a most graceful number. Ty’s vocals are superb, a sort of throatier Sam Cooke, with all of Cooke’s timing. There is even a bit of Otis Redding in there. Some great guitar and harmonica dipped in axle grease introduce the grinding You Better Believe It. Southside Johnny would love this.
Not Alright By Me is a delicious, emotive real slow number, with an understated backing and some pitch perfect vocals. There’s a lot of Lynyrd Skynyrd in this band too.

Nobody Told Me is like Al Green meets Keith Richards. One of the best tracks on the album. The slow, cutting but melodious guitar parts are so late eighties/early nineties Keith, it sounds like it could have come from one of his solo albums from that period. A great song, rocky and soulful at the same time.
Jezzebella is another industrial, Stones-y pot boiler of a track.  This whole album is smoking hot. Total Strangers has a killer riff, with more shades of The Stones and even a heavier use of the classic T.Rex style of riff. I am listening to this in the garden on a roasting hot afternoon and it is raising the temperature even more. This is honest, hard-working blues rock of the highest order.
Run Outta You is an extended, very traditional Led Zeppelin-style piece of blues balladry. Ty’s voice is at its most soulful here. Some excellent guitar half way through in a slowed-down Zeppelin way. It goes on just slightly too long, though.

This was a pretty impressive debut from a highly credible band. Apparently in a small stand up venue they are superb. Good stuff. 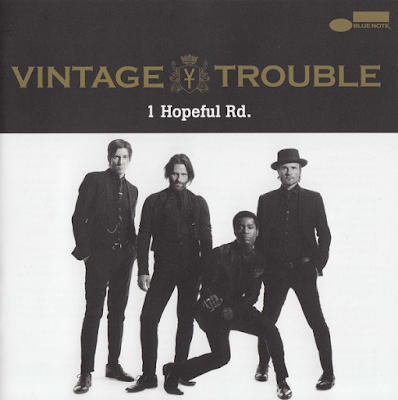 This is the second album from blues/soul/rock California combo Vintage Trouble. After their grab you by the whatever debut in "The Bomb Shelter Sessions". They are rather like contemporary soul artists Leon Bridges, Curtis Harding and Nathaniel Rateliff in varying ways. If you like those three, you will probably like Vintage Trouble. Yes, like those artists, they are retro, but that doesn't bother me, of course. I was born retro. I was twelve in 1971, I was already missing 1968.

Run Like The River is a superb, searing guitar-driven slab of upbeat blues rock to kick things off with. You can't keep still to this thumper of a track.
From My Arms is a delicious, slow burning soulful ballad with a great vocal from the underrated Ty Taylor.
Doin' What You Were Doin' is just sublime, lovely guitar and a lovely vocal to match with a killer shuffling rhythm backing it. This is soul of the highest quality.

Angel City, California rocks to the nth degree. Pounding drums and riffs all over the place. Shows What You Know is an Otis Redding-style Southern-sounding soul ballad.
My Heart Won't Fall Again has a captivating rhythm to it and a catchy chorus. Another Man's Words is another deep, bassy, soulful slow number. Taylor's vocal is superb on this one. Strike Your Light rocks out once more, at breakneck pace.

Before The Tear Drops is a copper-bottomed piece of wonderful blues rock. If You Loved Me is a solid, mid-pace rock/soul ballad.
Another Baby is a frantic rocker of the sort that they do so well and Soul Serenity sees the group get their acoustic guitars out for a gentle, tuneful slow number to end on. 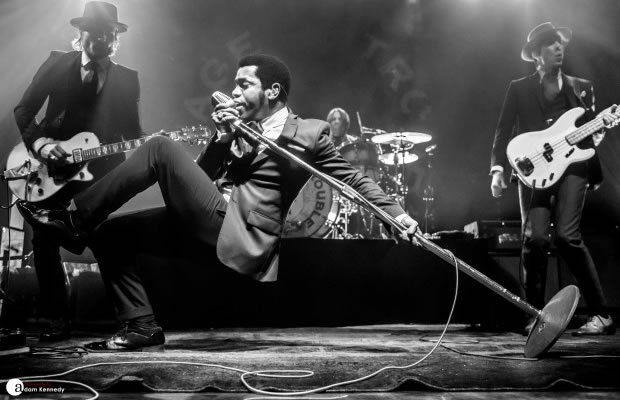 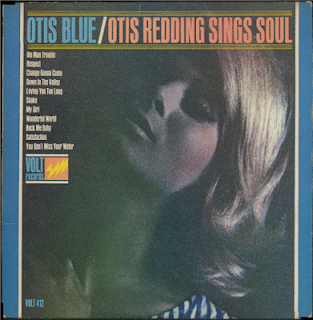