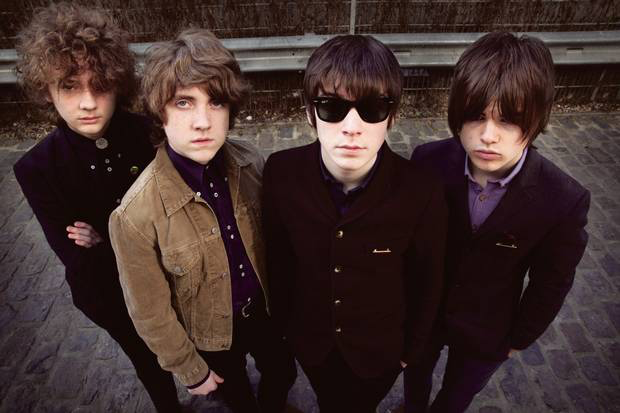 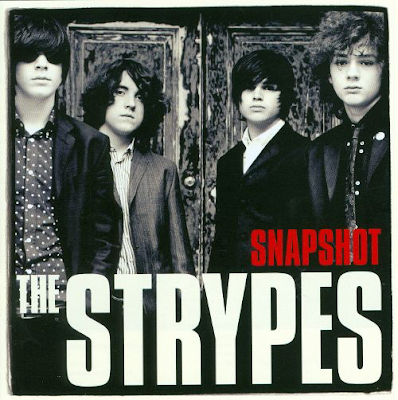 When this was released, in 2013, The Strypes were a bunch of Irish teenagers. Bringing together the hundred miles an hour r'n'b of Dr. Feelgood, the sixties blues rock of The Yardbirds and the verve of the early Rolling Stones, yes, they were highly derivative, but none the worse for it. Lots of established rock musicians fell over themselves to praise them and have them as a support act, and they certainly were reassuring in that they were teenagers and sixties-style r'n'b was their thing - not the "X Factor", being in a boyband or rap.
Mystery Man could have been from The Jam's In The City album, while Blue Collar Jane is so Dr. Feelgood it almost is them.
What The People See, although drenched in wailing blues harmonica, has some Liam-Gallagher inspired sneering vocals and some of the sheer brash noise of early Oasis.
She's So Fine crackles and burns in a similar fashion. The pace doesn't let up for a minute and I Can Tell, of course, was popularised by Dr. Feelgood themselves.

Angel Eyes is a delicious slice of Southern swamp-style slow-burning blues with a great line "I ain't no bad guy, I ain't no Lee Van Cleef...". This is one of their own compositions and it ain't half bad.
Perfect Storm is bassily and bluesily thumping. Yes there are a few rough edges to these recordings, but from a group of teenagers it is pretty damn good.
You Can't Judge A Book By Looking At Its Cover is an energetic cover of an old Willie Dixon song. The bass runs on this are frenetically impressive in that rubbery 19th Nervous Breakdown way.
What A Shame has a punky feel to it, almost Eddie & The Hot Rods meets The Buzzcocks.

Hometown Girls is even more frantic and full of punk energy, with slight echoes of early Stiff Little Fingers in places.
Their cover of Nick Lowe's Heart Of The City is a raucous, energetic delight. The final track is a rousing cover of old blues classic, Muddy Waters' Rollin' And Tumblin'. This has been a breakneck half hour or so of fun, which is probably about enough, but it certainly gets you feeling lively. While I like The Strypes, and admire their youthful talent and energy, I have to admit that they are very derivative, and wear their influences on their chest for all to hear. Their first album was very Dr. Feelgood, their third Elvis Costello, Joe Jackson, Graham Parker and new wave, while this one was owing a huge debt to Oasis, with a bit of 70s heavy rock thrown in. Fair play to them to trying different sorts of music, though, but their magpie tendencies means that they have a bit of a problem developing their own musical identity. You don't hear a Strypes track and think "oh, that's the Strypes".

Get Into It is a chunky big, industrial, grinding rock number. I Need To Be Your Only is very Deep Purple-ish in its big, pounding driving beat. The studenty A Good Night's Sleep And A Cab Fare Home is where the Oasis thing first comes in, especially on the big, crashing chorus.
Eighty Four is one that is more of their own type of song, muscular, solid rock. Queen Of The Half Crown has a searing sort of Joe Bonamasssa-style bluesy rock guitar intro and a great solo in the middle. It is another one with a bit of the group's own personality on it.

(I Wanna Be Your) Everyday is so Oasis, it could almost be them, I'm afraid. Best Man is a lively, punky romp. Three Streets And A Village Green is a sort of Oasis meets new wave and plays a bit of heavy rock.
Now She's Gone has a quirky, bassy rhythm but the same bombastic chorus shared. by many of the tracks. The music on the follow-up album was far more subtle than what was on offer here.

Cruel Brunette follows the same patch, although it has some late seventies influences and a touch of Stiff Little Fingers' early eighties material about it.
Status Update has an appealing drum sound to it plus some bluesy harmonica. Scumbag City is an odd-ish track, with some echoes of The Doors in places.

Overall, this is an enjoyable album, but its lack of subtlety and full-on blast means that by the time its twelve tracks are done, I am fine with that. 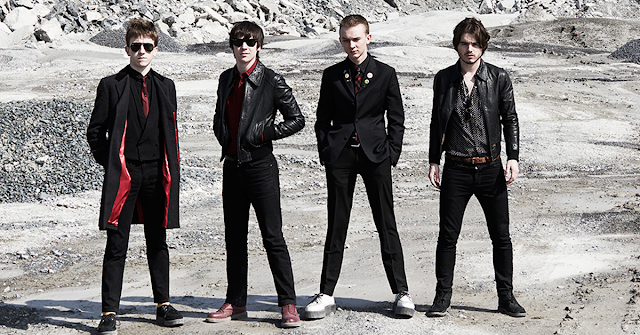 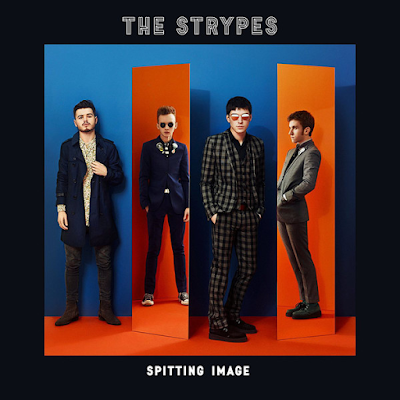 Behind Closed Doors/Consequence/(I Need A Break From) Holidays/Grin And Bear It/Easy Riding/Great Expectations/Garden Of Eden/A Different Kind Of Tension/Get Over It Quickly/Turnin' My Back/Black Shades Over Red Eyes/Mama Give Me Order/Oh Cruel World
While The Strypes' first album was their Dr. Feelgood album, all breakneck standard r'n'b and their second one was their Oasis album, this, their third offering was their "new wave" album. The influences of Elvis Costello & The Attractions, early Joe Jackson, Graham Parker & The Rumour and even The Buzzcocks in places.

They blatantly use The Only Ones' Another Girl Another Planet riff on Turnin' My Back and (I Need A Break From) Holidays is incredibly This Year's Model era Elvis Costello, with its pumping organ sound and distinctive bass runs. Yes, they are very much a derivative, jackdaw-type band, but they plunder a different artist/genre for each album. I am not sure they do it because they can't think of their own stuff to write, I think they do it simply because they love the music and want to do music that sounds like it. No different to Led Zeppelin or The Rolling Stones dipping endlessly into the blues, The Jam raiding The Who's sixties catalogue or Bruce Springsteen paying homage to Phil Spector.

Black Shades Over Red Eyes is very Nick Lowe-esque, also from that same period/genre. It also has some very Byrds-like jangling guitar too. Lyrically and melodically there are hints of The Boomtown Rats.
Behind Closed Doors begins like something by The Damned before going into Nick Lowe territory once more. It has a Secret Affair-influenced brass break in the middle and the a Boomtown Rats distinct pace change before a tumultuous finish.
Consequence actually sounds sort of Magazine/Gang Of Four post-punk in places in its drum/guitar riff interplay. The "yeah-eh" vocal part is just like Elvis Costello's Less Than Zero and it harks back to the pre-Attractions My Aim Is True album.

Grin And Bear It is back to The Boomtown Rats with some Squeeze-style lyrics. Easy Riding is more their own take on the genre, with less direct steals, even some corking blues harmonica too.
Great Expectations comes clearly from The Boomtown Rats' Someone's Looking At You, Joey's On The Street Again and When The Night Comes, with shades of Thin Lizzy's street narratives thrown in. There is even a wailing Rat Trap meets Clarence Clemons saxophone at the end.
Garden Of Eden is an evocative, mysterious, bluesy number that brings to mind Willy De Ville's solo work, albeit with a different voice but the cadences of the verses and melody are very similar to some of his stuff. This is my favourite track on the album.

A Different Kind Of Tension has Elvis Costello meeting The Buzzcocks. The former musically, the latter for the title (a direct lift from the 1979 Buzzcocks album) and chorus.
Get It Over Quickly is a thumping, typically new wave rocker with another Squeeze feel to it.
Mama Give Me Order is a stark, acoustic ballad that is completely different to anything else on the album, with large hints of country rock Americana about it.
Oh Cruel World has a Bo Diddley, Mona/Not Fade Away drum and harmonica intro and ends the album on a melodic, catchy, rhythmic note. As I said earlier, yes, this album has so many influences working on it, but it doesn't mean it is not an enjoyable album. 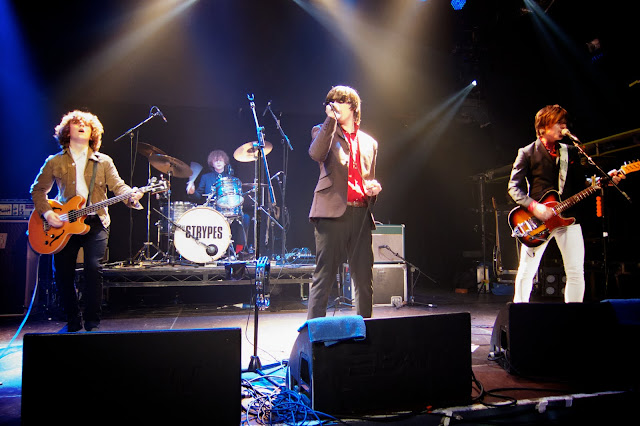