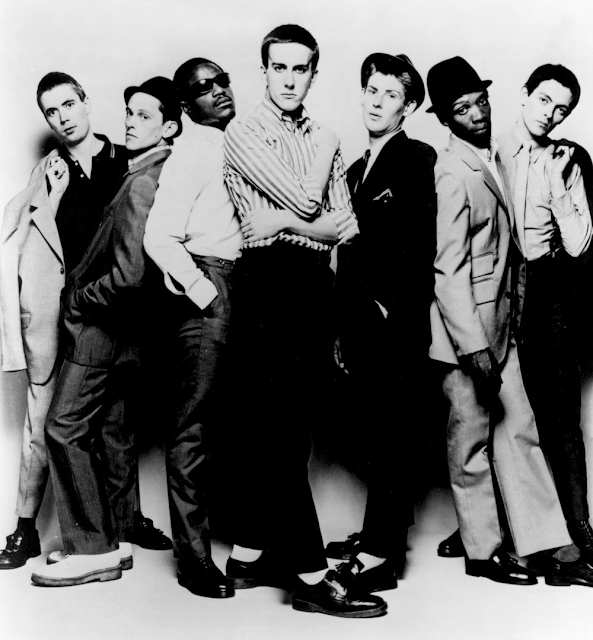 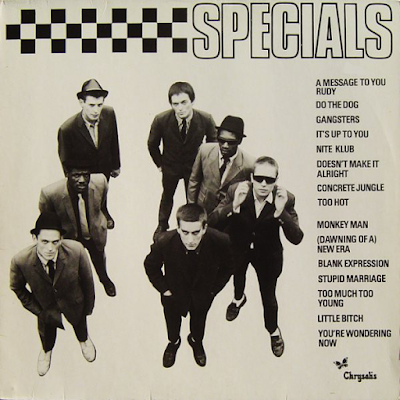 The Specials, and this album in particular, were considered by most to be at the forefront of the brief but intense ska revival of 1979 to 1982 in the UK. The music, of course, borrowed heavily from the late fifties/early sixties Jamaican “ska” style of upbeat forerunner of reggae and merged it with late seventies UK urban punk sensibilities. Many of the songs expressed a social dissatisfaction not usually prevalent in the original ska tunes, reflecting the bleak urban landscapes of the UK in 1979, particularly The Specials’ home city of Coventry. The album just fitted in perfectly with the whole punk/reggae crossover thing that was so relevant in 1979. A young, angry, cynical multi-racial group were perfect for the era into which they came.

The album kicks off with the delicious, catchy cover of Dandy Livingstone’s A Message To You Rudy with veteran trombonist Rico Rodriguez on top form. His parts make the song.
Do The Dog has a Get Off My Cloud/My Obsession drum intro and is a frantic rant about punks, teds, skinheads and the like, exhorting them to all get along together and do the dog, whatever that was.
It's Up To You confronts racism and has that typical punky reggae sound used by artists like Joe Jackson and The Police. Great full bassy sound on this remastering. Elvis Costello produced this album and you can certainly tell on this track, certainly on the frantic organ intro.
Nite Klub is another fast-paced pounding skank, with some excellent bass-drum-trombone interaction. The best bit on the track. 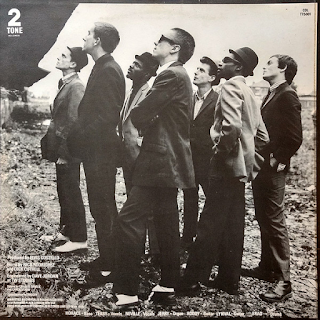 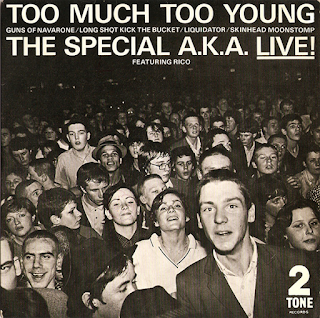 One of my favourites is Doesn't Make It Alright. The lyrics are as true today as they were then. Great rhythm to it and some killer guitar. Stiff Little Fingers covered it to great effect on their 1980 Nobody’s Heroes album.
Some terrace chanting and clapping-style drums introduce the upbeat, cutting Concrete Jungle. It sounds just a little dated now, but has a great bass line. Too Hot is authentic reggae, a cover of a Prince Buster song, with a rootsy, heavy beat and some Jamaican vocals about rude boys and guns and so on. A great groove to this one. Turn it up, the sound is punchily impressive.
The irresistible Monkey Man was originally done by Toots & The Maytals and The Specials’ version here is pretty true to the original. It is a studio recording but made to sound as if it is live, with a spoken introduction.

Dawning Of A New Era is a frantic piece of funky rock-influenced ska and Blank Expression has periods of authentic heavy reggae in amongst the sneering punk lyrics.

I have always found the lyrical content of Too Much Too Young somewhat trite, misogynist and puerile, to be brutally honest. Even as a twenty-one year-old punk I felt that. The unnecessarily raucous Stupid Marriage and the idiotic Little Bitch follow the same lines, unfortunately. It is worth remembering that the band were pretty young when they wrote these songs, so it is forgivable. I guess they thought they were being funny, or ironic, or both. The album cut of Too Much Too Young is the slowed-down, far more reggae-ish extended six minute one, whereas the number one single everyone knows was a live, mega-fast two minute trash. Personally, though, I prefer the longer one with its dub flavours.

You're Wondering Now is a mournful, harmonious lament to end the lively proceedings. All in all, an impressive debut.
** There were two excellent singles in Gangsters and Rat Race that didn’t make it on to the album.

On a personal level, I was always more of a fan of The Beat and The Selecter from the two-tone genre. All three were great bands though. Those few short years were really exciting times. 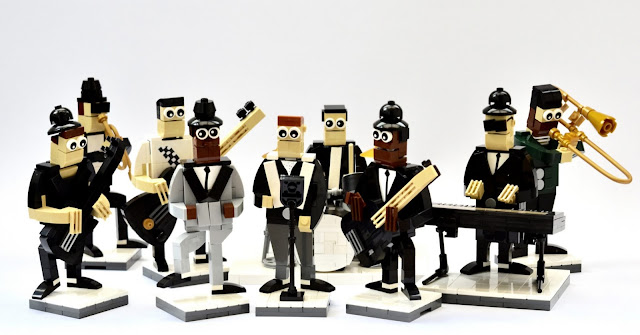 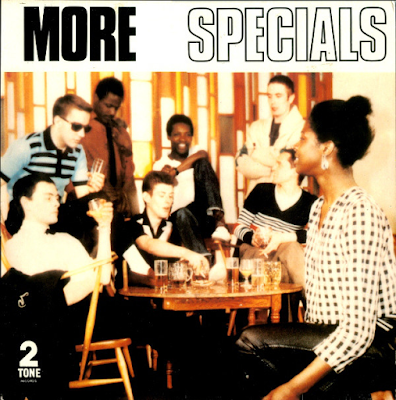 After such a successful debut album the previous year, The Specials returned with Jerry Dammers' vision of incorporating elements of jazz, lounge music, easy listening and muzak to the fore on this melting pot of styles. Despite some oddball moments, it is not quite as eclectic as has popularly been said to be over the years and quite a lot of the material, particularly in the first half of the album retains the group's trademark ska and brass skanking sound. It is just not as obvious as on the previous outing. The album has been summarily dismissed by many in the subsequent years and, although clearly not as good as its predecessor, it is worthy of dipping into.

Dammers fell out with other members of the band after this and they gradually imploded over time, which was a shame. Not before they had returned with the now iconic number one, Ghost Town, in 1981, however. 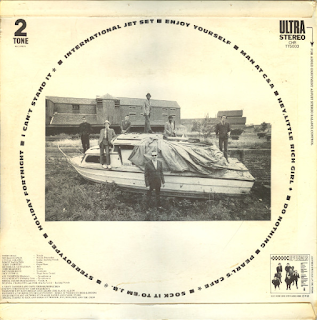 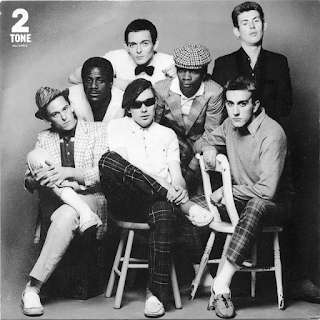 Enjoy Yourself (Later Than You Think) is a hammy, calypso meets ska romp to start the album with. It sounds more like an album closer to me. It is pleasant and singalong enough, but a bit throwaway, a bit like Dylan's Rainy Day Women.
Man At C & A, a dubby, brassy number is more like it, full of that doom-laden Specials atmosphere. The bass on this is sonorous and beautifully deep. This is The Specials at their best.
Hey Little Rich Girl is another ska-style number that continues the vibe from the first album.

The one hit single on here is the delicious, melodic but deeply melancholy Do Nothing that is so nostalgic for me of 1980. Wonderful trombone solo from Rico Rodriguez too.
Pearl's Cafe has a good skank to it, but the vocal is a bit weak, to be honest. The middle in the middle and the funny jazzy vibes make it all a bit of a mess by the end, unfortunately. The sentiments expressed are funny, though, ("it's all a load of .....") as if they were something you would hear at Pearl's Cafe, which is, of course, very true.
Sock It To 'Em J.B. is a cover of a sixties number by I am not sure who and it is updated here to namecheck further James Bond films. it is an upbeat piece of harmless, enjoyable fun.

Stereotypes/Stereotypes Pt 2 is an extended, inventive, adventurous dubby number with a wonderful dub second half. Holiday Fortnight is a joyous, brassy instrumental, with some Mexican mariachi-style horns.
I Can't Stand It is the start of the run of material which caused people to say that The Specials had gone all jazzy and "lounge bar". It sounds very disposable and incongruous, I have to say, but dig a little deeper and it has hidden appeal. Fair play to The Specials for attempting to diversify a little, much like The Clash did a year later on Sandinista!.

International Jet Set continues the experimentation on a totally odd piece that, once again, requires delving into a bit more.  Maybe I'm just fooling myself, maybe it's just rubbish!

Seriously, though, give it a couple of new listens. It wasn't that bad. 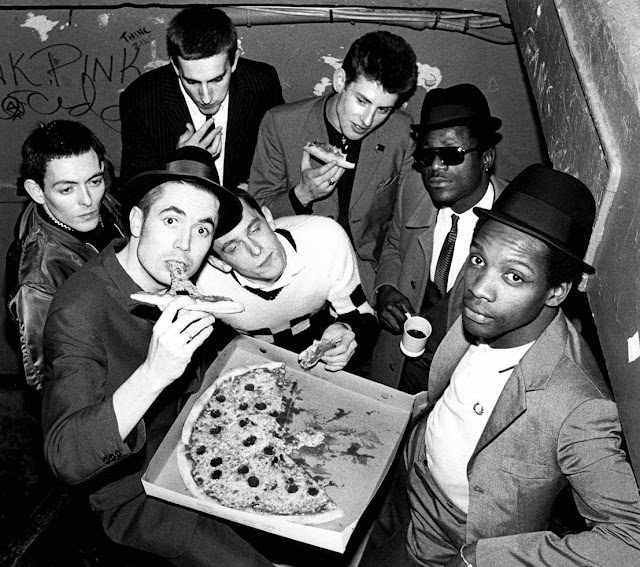 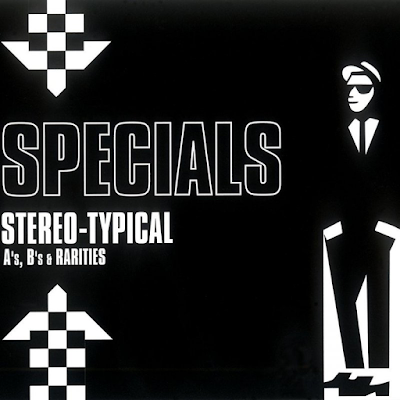 This is an excellent compilation covering, as the title suggests, the singles, their ‘b’ sides and some rarities/extended mixes from two-tone group The Specials.

The sound is quality excellent and the music speaks for itself. Plenty of quality singles, many not available on either of the group’s studio albums - Gangsters; the live single short, frantically fast version of Too Much Too Young; Rat Race; Free Nelson Mandela and Ghost Town, also included here in its extended, dubby version, which is excellent. Other well-known tracks are the catchy Message To You Rudy, the upbeat, ska instrumental Guns Of Navarone (a live recording), and the underrated, tuneful Do Nothing.

Skinhead Symphony is in interesting medley of late 60s/early 70s reggae classics sung over a swirling Liquidator-style organ backing. Rude Boys Outta Jail is a fast-paced ska romp that has its appeal. To be honest, listening to the debut album or The Singles, which includes the hits chronologically, is a more fulfilling experience and this is a “fans only” thing. But, as a fan, I can say it has its interest. 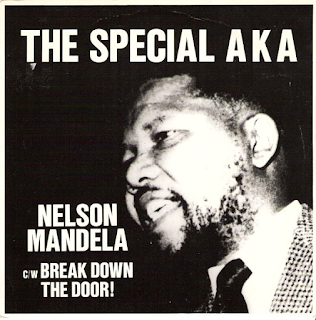 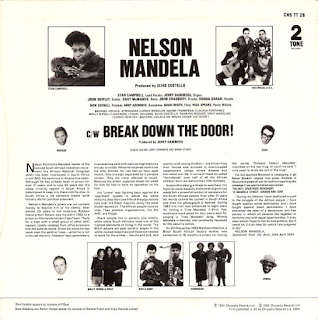 I never quite understood the group’s odd “lounge music” phase that accounted for a lot of their second album, but the tracks included here - Stereotype and International Jet Set are unconvincing, but shall we say, still intriguing. The former is full of Spanish guitar and Mexican-style brass. It has an appeal, though, all the same. The latter is a perplexing concoction as well. Fair play to the band for attempting to diversify, I guess. The more you listen to them, the more you appreciate them.

The cover of Bob Dylan’s Maggie’s Farm doesn’t do it for me, I’m afraid, similarly the country-ish rock ‘n’ roll of Braggin’ And Tryin’ Not To Lie. It’s ok, but not really The Specials at all. Just not convinced by these two.

Rude Boys Outta Jail (Version) is nowhere near as good as the previous version, it is all a bit messy, tuneless and raucous. The politically-aware and dubby Why? Is a return to quality as is Friday Night, Saturday Morning. The Boiler with Johnny Reggae-style vocals from The Bodysnatchers’ Rhoda Dakar, is amusing and quirky, at the beginning, until it turns into a shocking nightmare. Listen to it and you’ll realise why. It is a truly disturbing song. The instrumental version is great, though. Very atmospheric, rhythmic and haunting. Jungle Music is an upbeat semi-instrumental. Rasta Call You is a full-on, pumping horn-driven instrumental with dance music bits in places. Easter Island is pleasant enough, but the compilation, at this point, is in danger of fizzling out into instrumentals.

Racist Friend is a dub-heavy, cutting, relevant return to form, as, of course, is Nelson Mandela with its addictive trumpet riff. The rest of the material is largely extended versions, three other different versions of Nelson Mandela and dub versions with a few highlights, like Bright Lights, and the Tom Tom Club feel of the extended version of Can’t Get A Break.

Overall an interesting and worthwhile compilation. 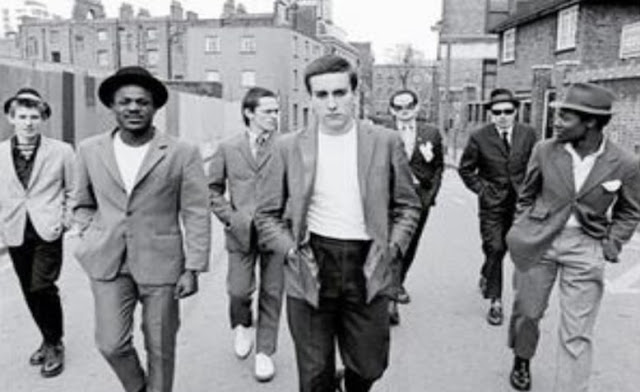