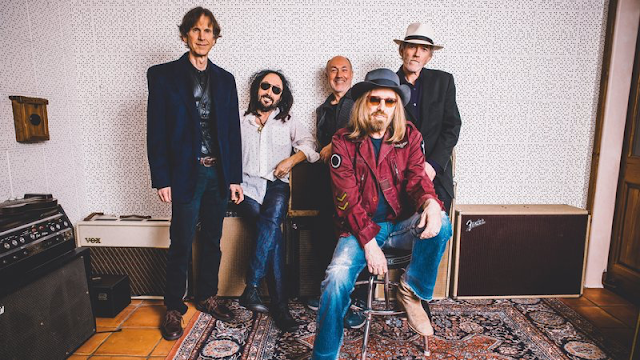 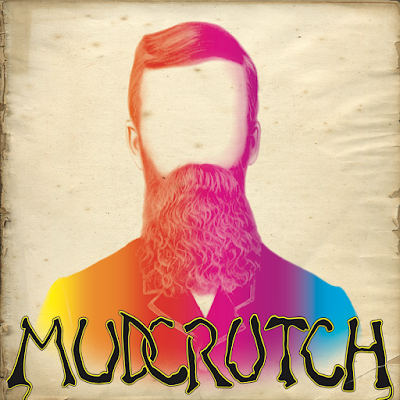 Mudcrutch were the group that Tom Petty & The Heartbreakers used to be before they changed their name and made it big. They existed from 1970-1975. In 2007, They decided to record some of their old material and release it under the old band’s name. Mighty impressive it was too.

Shady Grove uses the tune from Fairport Convention’s Matty Groves (or rather Fairport used this traditional folk air) and is a rumbustious country/folk rocker. Shared vocals, excellent country guitar and some pounding drums make for a great opener. It is far more “Travelling Wilburys” than “Heartbreakers”. More typical of Petty is Scare Easy, a mid-tempo, powerful and bassy rocker with a great hook. There is some great Springsteenesque guitar in the middle.
Orphan Of The Storm is an Eagles-like country rock ballad with another addictive refrain. Lyrically, it is a rather depressing song about drug use.
Six Days On The Road is a lively, riffy slice of Southern rock in a Lynryrd Skynyrd style. Great stuff. Pure barroom rock.
Crystal River has some late sixties Byrds-style guitar and is a slow-paced bluesy ballad. Some excellent drums, guitar, bass and piano in the middle section and continuing to the extended finish. Brilliant. Check out that sumptuous bass. Heavenly.

Oh Maria is a tender, folky love song. This Is A Good Street is a punchy, mid-paced solid grinding rocker. The Wrong Thing To Do is a bluesy, swampy rocker with that lazy hot day in the South atmosphere.
Queen Of The Go-Go Girls is a sad country slowie, with typical lyrics about a good-time bar girl. It has some impressive steel guitar passages, as you would expect.
June Apple is an instrumental which continues the country fun. Lively, jiggy and upbeat. Lover Of The Bayou kicks off powerfully, like Neil Young & Crazy Horse. It is another swamp rock-ish one, with a trademark Petty vocal. Killer guitar on it too. This really is an excellent rock album.

Topanga Cowgirl has an addictive guitar riff and another pounding beat. Bootleg Flyer virtually replicates the intro to the iconic American Girl at the beginning but morphs into a different song, but a great rock song all the same. The quality doesn’t let up. Some serious rockin’ guitar on this one.
House Of Stone ends the album off with a mournful, typical country rock slow number. Some touches of Bruce Springsteen on this in places.

This really is an impressive, enjoyable album. Great sound quality on it throughout the recording, as well. 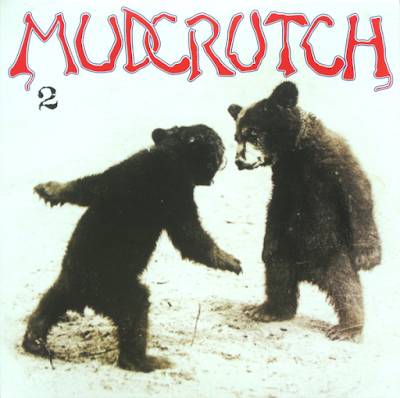 Trailer/Dreams Of Flying/Beautiful Blue/Beautiful World/I Forgive It All/The Other Side Of The Mountain/Hope/Welcome To Hell/Save Your Water/Victim Of Circumstance/Hungry No More
After a debut in 2008 that saw Tom Petty & The Heartbreakers re-record some of the early material when they were called Mudcrutch, this time, eight years later they reconvened, this time all of them contributing in the writing of the new material. There is some great stuff on it, probably as good as on any recent Petty albums. Unfortunately, it would be the last new material he would do

Tom Petty's Trailer is a delightful, mid-pace typical Petty melodic guitar-driven rocker, with a bit of harmonica thrown in at the end. Dreams Of Flying is great too, a solid rocker that would have sounded great on any Heartbreakers' album. Beautiful Blue is a lovely slow burning ballad with an excellent guitar bit at the end.

Beautiful World by Randall Marsh is a Byrds/Beatles influenced catchy rocker. Petty's I Forgive It All is a folky, Dylanesque acoustic ballad. There are shades of Springsteen about it too.
Tom Leadon's The Other Side of The Mountain is a lively, folky early Eagles-ish number. Hope is Petty sounding a bit like Elvis Costello & The Attractions in its organ-driven new-wavey thump.

Benmont Tench's Welcome To Hell is an infectious piece of solid country blues. Petty's Byrds-esque Save Your Water is another solid rocker as is Mike Campbell's Victim Of Circumstance. Petty's yearning rock ballad Hungry No More ends what is a short but perfectly-formed album. If you are a fan of Tom Petty's work, this is highly recommended.