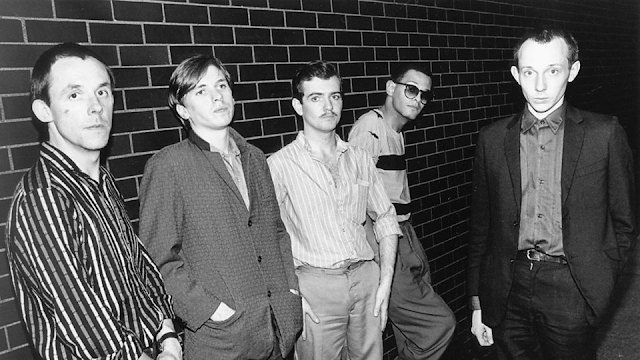 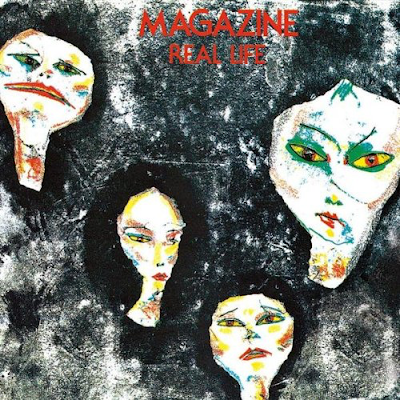 Magazine’s Real Life, from early 1978, has a case for being one of the first “post punk” albums. From the opening haughty synthesiser sweeps and jangly guitar of Definitive Gaze, this was no two minute aggressive thrash of a punk record. Despite bug-eyed singer Howard Devoto’s Rotten-esque sneering delivery there was no anger here, no rage against the system, just earnest, introspective self-questioning and paranoia. The music was, at times, melodic, almost classically-influenced in its keyboard pieces. It was also, however, brooding, dark, dull and strangely monotonous. I remember being at a Magazine gig in 1979 and thinking how incongruous the crowd of pogoing punks were. The band’s performance bored me rigid. This was arch, serious “new romantic” music two or three years early. I wanted to be punching the air and rebelling, not worrying about my own insecurities. Listening to it over later years, though, I have come to something of a greater appreciation of its merits.

My Tulpa has a deeper Devoto vocal and few vaguely punky bits but it is largely a song indicative of a new sound. Only Talking Heads, Gang Of Four and Ultravox were really doing stuff like this. It was “art rock” reborn. My Tulpa even had a Roxy Music, circa 1972, madcap saxophone waling sound.
The single and minor hit, Shot By Both Sides, was the one that did appeal to the punks. It had the most punky hook, a fast beat and a leering vocal. I remember at the time, as a punk, quite liking this track, but dismissing the rest of the band’s material as “dull and boring”. Incidentally, the original single mix had a much punkier opening riff. 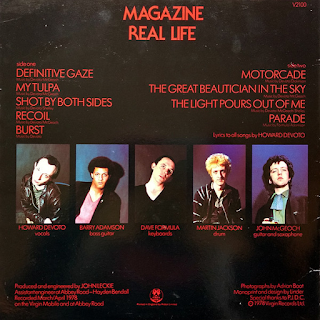 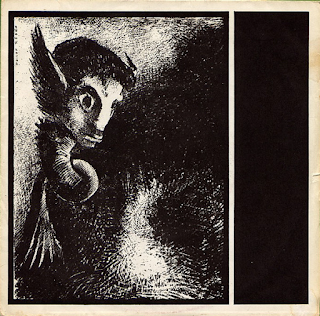 Recoil has an excellent drum, bass and keyboard, frenetic opening and a very punky refrain. Played at 100 miles an hour, it did, admittedly have an exciting punk appeal. Some great guitar on it too. Burst returns to the melancholic style that pervades most of the album. It is evocative and very atmospheric, however. Mysterious and mournful. Howard Devoto had been part of the early line-up of The Buzzcocks, but he bailed out pretty quickly - an astute, intelligent guy like him was probably never happy with punk’s posturings and short shelf-life.
While punk’s fires were burning all around him, Devoto was writing songs like Motorcade with its classically-influenced keyboard passages. By the album’s release, those punk fires had lessened and music like this was to provide a new direction. It was like For Your Pleasure-era Roxy Music meeting The Velvet Underground with a little bit of Iggy Pop’s pre-punk punk energy thrown in, added to that a bit of David Byrne livewire vocals and persona. A heady, unusual mix indeed.

The Great Beautician In the Sky has almost 1930s Germanic keyboards. There was a unique experimentational nature to these tracks that is reminiscent of David Bowie’s Low and “Heroes” from not long before. 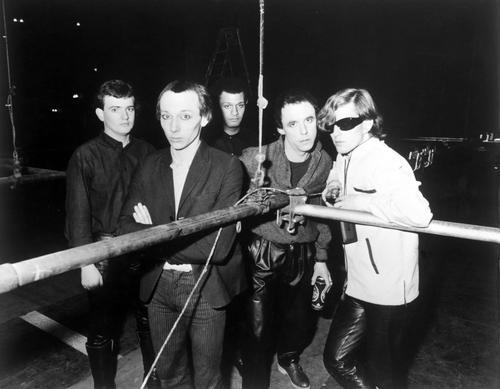 The Light Pours Out Of Me is, along with Shot By Both Sides my real abiding memory from the live gig I saw in 1978. Devoto delivered the song manically, like Ian Curtis in many ways, over a throbbing, insistent bass line. It is menacing, miserable and magnificent. For me, the band’s best track. Surely Joy Division were influenced by this. Half way through it breaks out into some superb guitar and the volume cranks up. Great stuff.
Parade closes this very interesting album with some almost Parisian sounding keyboards and some (presumably deliberately) tired-sounding but overblown vocals from Devoto. It is all very pompous and pretentious, but, listening to it now, you realise just how ground-breaking this album was. It led to a hundred earnest post-punk bands, eschewing both rock and punk stereotypes in their search of their ideal introspection.

** PS - the bonus tracks include the single mix of Shot By Both Sides, the punky My Mind Ain't So Open (with more Roxy Music saxophone) and Touch And Go. Also, a superbly camp rendition of Goldfinger. Check it out. It's worth it. 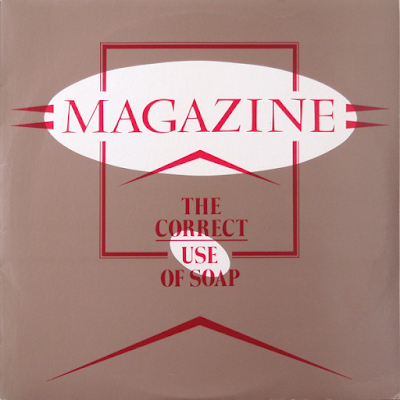 This was post-punk band Magazine's third studio album and is a pretty impressive one, very much catching the spirit of 1980, after punk but before new romantic. Their sound was all jangling, stabbing guitars, pounding drums, mysterious keyboards topped of by weird-looking singer Howard Devoto's classic post-punk voice.

Because You're Frightened is a superb, lively opener with a riff that sounds a lot like the one The Clash used on 1981's Police on My Back. This is as loose and melodic as Magazine had been thus far.
Model Worker was even more so, surprisingly, sounding a bit like The Buzzcocks with its frantic, riffy beat and bleaty vocal.
I'm A Party is a mannered, posturing post-punk veering to new romantic song.
You Never Knew Me has distinct echoes of Soft Cell's Marc Almond in Howard Devoto's vocal delivery. The song also features some excellent guitar and bass lines and an atmospheric piano and bass interplay bit near the end. 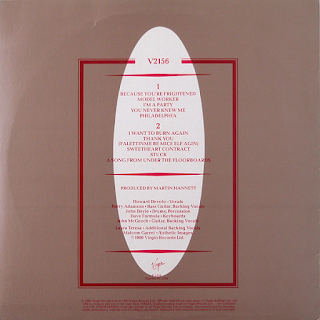 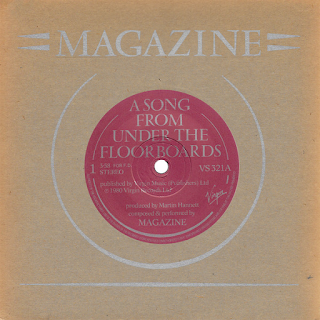 Philadelphia is a very post-punk number that just has that very 1979-81 vibe to it that is difficult to describe but if you hear it it takes you to that era.
I Want To Burn Again could have come straight from Lou Reed's 1973 Berlin album. again, it is very typical of its age and genre.
The band's cover of Sly & The Family Stone's Thank You (Faletin' Me Be Mice Elf Again) is unexpected, but beautifully and deeply bassy. Post-punkers could do drug-crazed urban funk, it seems. Sweetheart Contract is another very archetypal post-punk number, while the slight funky edge returns on  Stuck.

They saved the best to last on this album. A Song From Under The Floorboards is a Soft Cell-ish slow burning masterpiece in the style of The Light Pours Out Of Me. It is full of great keyboard runs, wonderful guitar, bass and one of Devoto's best vocals. Great stuff. Magazine split the following year after only one more album. This, and Real Life were their best offerings. 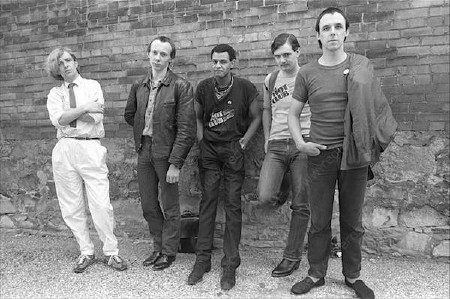