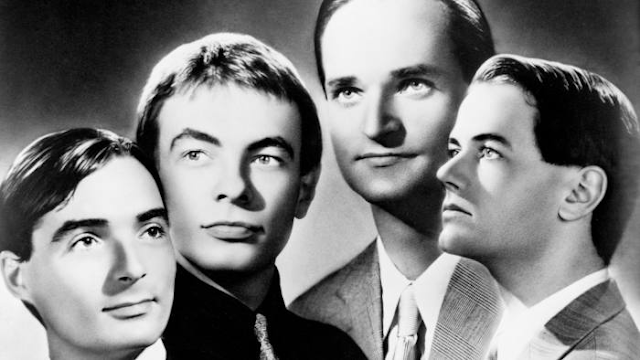 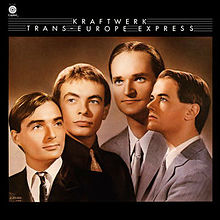 This was an incredibly influential album. Yes, David Bowie had already released Low when this was released in March 1977, but it surely had a huge influence on "Heroes", released in the October of that year. Joy Division's Ian Curtis forced the band's other members to listen to it.

It is a masterpiece of moods, soundscapes, electronic rhythms, classically-influenced hints and packed full of atmosphere. All that European, Berlin stuff.

The first track, Europe Endless, is nine minutes of addictive electronic sounds, like a train getting to its cruising speed and just chugging on. It is a highly minimalist track, also very futuristic (even now). Vocals are only occasional, as they are throughout the album.
Hall Of Mirrors (later covered by Siouxsie & The Banshees) is a marvellously captivating piece. That initial sonorous keyboard riff is spine tingling and Ralf Hütter's Teutonic, mannered voice singing, monotone - "even the greatest stars dislike themselves in the looking glass...". How much "New Romantic" posturing came from listening to this - loads of it. Industrial music, electronic music, post punk, New Romanticism. All so influenced by what was known as "Krautrock". Showroom Dummies continues the fashion vibe, another New Romantic leitmotif. Again, the electronic keyboard rhythm is intoxicating. As it progresses, it gets more melodic for a while, then it reverts to its metronomic beat.

The old "side two" was a suite of continual, related music. Trans-Europe Express was actually written as a result of meeting with David Bowie and references his Station To Station both musically with that chugging, train sound and lyrically, when Hütter mentions meeting "Iggy Pop und David Bowie...". 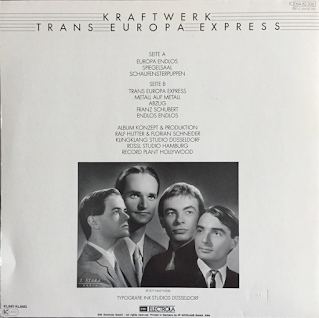 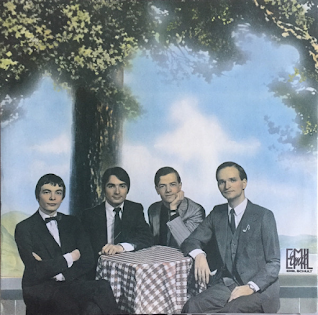 Metal On Metal starts slightly faster but soon becomes a bit of a continuation of the previous track, but with some echoey percussion and some noises like tightening something metallic.
Abzug continues the "suite" form of the tracks from the title track onwards, repeating the title phrase over and over and using some of the same melody.
Franz Schubert changes tempo just slightly, and it has a lighter, airier feel about it that provides a slight sonic relief after the sombre intensity of the previous material. Whether or not it was influenced by the Austrian composer, I do not know.
Endless Endless briefly reprises the opening melody and the train disappears off into the distance.

The band members said that as post-WWII German children, they had no musical culture when growing up. Maybe that was not a bad thing, because they had to make their own music, with no real reference. They literally made their own genre (admittedly Can and Neu! did it first, but Kraftwerk's heavyweight contribution cannot be understimated). 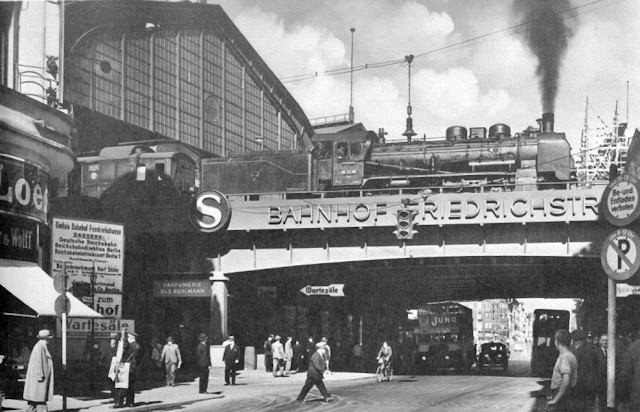 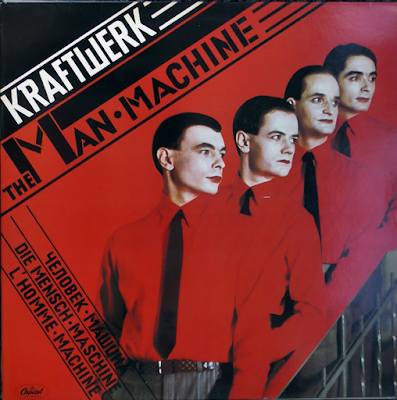 Released at the height of punk, before most post-punk had appeared and before new romanticism, this album, like its predecessor, Trans-Europe Express, from 1977, blazed a trail for those genres. Funnily enough, though, this detached, cool German electronic music fitted in quite well with the punk thing. Most soon-to-be post punkers loved this. It was hugely influential on groups like Ultravox, Orchestral Manoeuvres In The Dark, Gary Numan, The Human League, early Simple Minds and New Order, amongst many others. They made pop songs out of extended electronic music like this. It was no surprise, therefore, that the album was successful in the UK in 1982, not in 1978.

Personally, although I enjoy a track or two of it every now and again, a whole album is probably too much. It certainly was in 1978.

The Robots starts the album in unsurprisingly, staccato, robotic, jerky fashion, the sound being all electronic keyboards and synth drums before the futuristic, electronically-distorted "we are the robots" vocal comes in, Dalek-style.
Spacelab has that Trans-Europe Express chugging train feel about it. 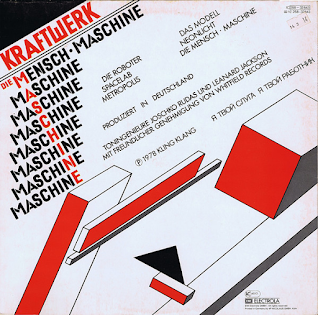 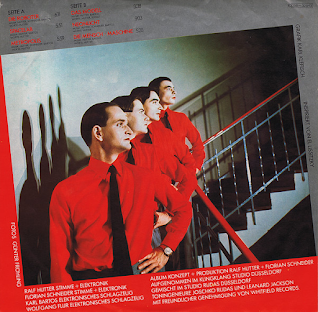 Metropolis gives us lyrics again, at least a Teutonic, doleful chanting of the song's title as the synthesisers rapidly take us through the Düsseldorf night. Of course, David Bowie and Brian Eno will have loved this.

The Model was the group's surprising bit chart hit. Maybe not so surprising, as it has a totally infectious beat, quirky vocal and trendy, fashion-influenced lyrics. The synth riff opening is instantly recognisable and is often used as a soundtrack to items about fashion or new technology and so on. The German accented vocals were highly appealing too.

Neon Lights continues the slightly more poppy feel with vocals once more (at least at the beginning, it's a nine minute track) and a synth riff the like of which would be repeated a lot in the early eighties.
The Man Machine had some of the sort of sounds David Bowie used in the "Heroes" and Low instrumentals. Its vocals are shrouded by sound effects over a stabbing slow keyboard loop.

As I said, a bit of this in small doses and I enjoy it. It is certainly clever and atmospheric. I couldn't listen to nothing else but this, though. The sound quality is excellent by the way. 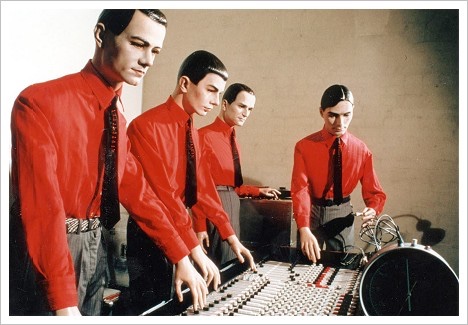