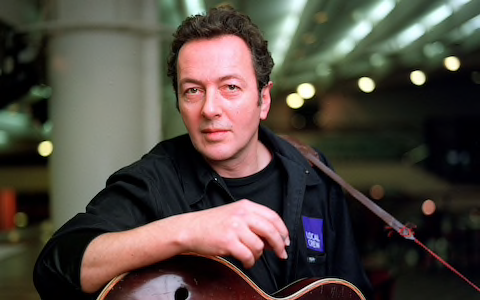 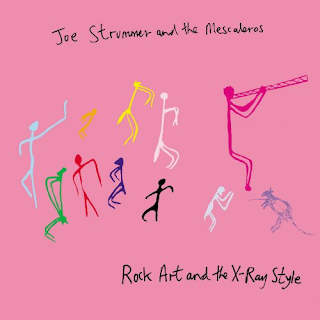 After several years in limbo after the decline and eventual disbandment of The Clash, Joe Strummer had not really released anything for around fifteen years, not much. He had been briefly involved with Clash bandmate Mick Jones on Big Audio Dynamite’s “No 10 Upping Street” in 1987, writing and playing/singing on several songs. Here, now, he was back, with a most impressive album, with his band, The Mescaleros.

Tony Adams (named after the Arsenal defender, who is mentioned vaguely, once, in some barely audible backing vocal sound effects) is a vibrant slice of rock/reggae and the instantly recognisable Strummer garbled, throaty vocal. This sounds like Radio Clash at some points, although there is a wailing saxophone on it that was a rarity for Clash recordings (some on Sandinsta! But it was not a regularity). The lyrics are the usual politically aware, but not quite sure what they’re all about style. They probably meant something to Joe, or maybe not. Either way, they always sounded credible, as they did on The Clash’s material. There is some vital, captivating instrumentation on this (particularly the bass and sax) and a really vivid atmosphere. A real urban, underground-ish vibe to it. Sort of late night and vaguely menacing. Sandpaper Blues is a shuffling, rhythmic Latin-influenced lively number with influences from World Music. A West African lilting guitar underpins the backing and some Merengue-style rhythms together with some Sub-Saharan sounding backing vocals. Strummer has brought together all sorts of musical styles and influences on this album, those mentioned already plus a bit of Celtic folk as well. Some bongos and acoustic guitar usher in the melodic X-Ray Style. Strummer’s voice has a mournful sound here, almost like a weary man who has seen too much in his lifetime. Strummer actually references the Sub-Sahara in this song, so the influence must be real one! However, the sound on the song is more Latin. The bongos become more lively and impressive as it continues. A lovely Latin acoustic guitar part at the end too. Like with the material on Sandinista!, there is a real intention here to diversify and utilise multiple styles and influences, leading to a most interesting listen. 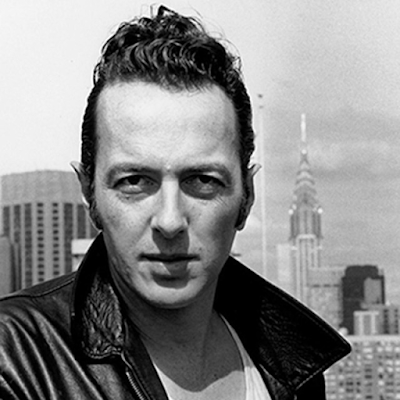 Techno D-Day is a grungy, infectious groove - thumping drums and scratchy electric guitar and an animated Strummer vocal. The guitar riff parts are strident, punchy and energetic. There are vague hints of The Clash’s Know Your Rights, I think, or maybe it is the lyrics about free speech. Road To Rock 'n' Roll is a bassy, slow-pace dance beat lament from Strummer, with him again sounding somewhat world-weary. The sadness has a poignancy to it, particularly considering Joe left us only a few years later. Nitcomb is another plaintive number, with Joe’s moving voice over a solid slow drum and guitar beat. These songs are all so emotive and stirring. The musical cognoscenti loved the album, but in many ways it slipped under the radar, which was a shame. Mix tracks from this with some of the best of Big Audio Dynamite’s first two albums and you have one hell of a Clash comeback album!

Diggin' The New is an uplifting pot boiler of a track at the beginning that has a rocky, upbeat chorus. Forbidden City has an understated appealing melody and another fetching vocal and hook. Yalla Yalla has one hell of a bass line and a mesmeric rhythm and more lyrics whose meaning are somewhat indecipherable. Sincere mentions of homelands and townships, but in what context, we will never know. It simply sounds as if it means something really profound. Melodically, it has hints of the later track, Coma Girl, in places.

From Willesden To Cricklewood is just marvellously evocative, particularly for anyone who knows that area of North-West London. A beautiful urban poem. Living, as I now do, in the tranquil countryside of the Scottish Borders, it makes me just a little bit nostalgic for those long-gone urban days. Only a little, mind. Just makes me fancy a kebab at a bus stop after a gig. A lovely song from an intriguing album. 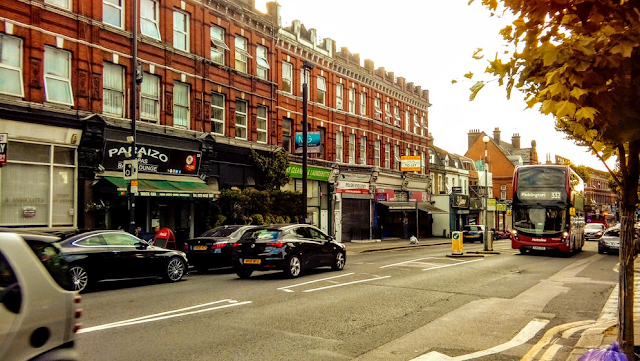 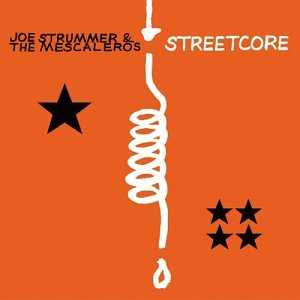 I never knew quite how to categorise Joe Strummer’s solo work, or how to describe it. It is a mixture of dub-reggae influence dread bass beats, Americana, world music vibes, classic rock riffs in places, “London Calling” Clash echoes, intoxicating rhythms, and, of course Strummer’s slightly garbled vocals. While many his songs had so much of a hook, I could never quite get what they meant. Take the rousing, infectious Coma Girl, for example, one of my favourite songs of his. It is about being at Glastonbury it seems, but much of the song is a collection of wonderful images that probably only meant something to Strummer. Still, Dylan songs are mostly like that so he was in good company. The song is also very Springsteen-esque in its “Mona Lisa from a motorcycle gang…” lyrical imagery. I never tire of listening to it. It has an uplifting quality to it.

The dubby, punchy grind of the beguiling, rhythmic Get Down Moses is similar - great sound but what it was about who knew - indeed who really cares? It sounded fantastic. The thing about Strummer’s lyrics (as I mentioned on the review for his first solo album) is they always sounded vaguely political, meaningful and street-suss and highly credible, even though their meaning was not always apparent. Moses has a huge big, thumping bass reverberating beat and some killer guitar and brass in it too and Joe growls convincingly about the “walls of Jericho…”. Songs like this give you an idea of what The Clash would have sounded like if they had continued. There are hints of some of the material on Combat Rock in this, and Sandinista! for that matter. It would have fitted in well on either album. 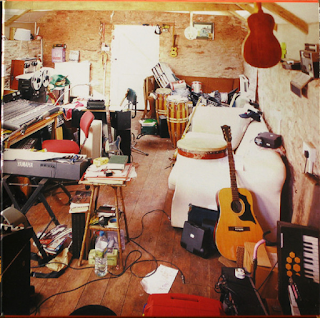 The Long Shadow is an acoustic country rock song with Strummer doing his best Johnny Cash impersonation in places. The vocal doesn't quite convince, though, and sounds a bit contrived, I have to say. After the impressive opening two tracks, it is not quite up there with them. That is a minor criticism, though. Lyrically, it has influences from Bruce Springsteen's The Ghost Of Tom Joad album. There's some Billy Bragg in there too. Arms Aloft, however,  is one of the best, rockiest cuts on the album, with a sumptuous New Order-esque bass line at the beginning before it launches into a grainy, punky chorus. Ramshackle Day Parade sounds like something from the old “side two” of Combat Rock. It is another track full with portentous lyrics that sound as if they are really warning of something terrible, spat out by Strummer’s throaty growl over some industrial guitars and insistent drums. It loses itself a bit at the end and gets a bit drowned out by a mass chorus, however.

One of the saddest songs on this album, which was to be Strummer’s very last before his untimely passing is his evocative cover of Bob Marley’s Redemption Song. It brings tears to my eyes, to be honest. Strummer and Marley, both taken too damn soon.

All In A Day is very reminiscent of old bandmate Mick Jones’ Big Audio Dynamite, full of frenetic dance rhythm drums, a wonderful rubbery bass, Jones-esque guitar riffs and B.A.D.-style backing vocals. Burnin' Streets has an anthemic quality to it. Midnight Jam is a Sandinista!-style instrumental, with a few sampled vocals floating around its heavy rhythms. The album ends with a cover version of an old blues/Americana song, Silver And Gold and it is just so sad to think this was Joe’s last song. “I’ve got to hurry up before I grow too old…” is his last sung line. Then he says “ok that’s a take”. It was a take Joe, like all those great takes. Cheers.