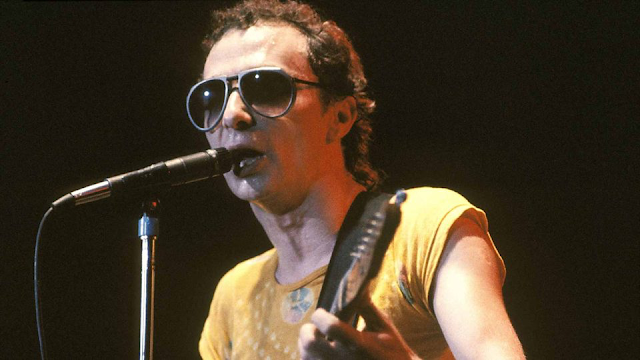 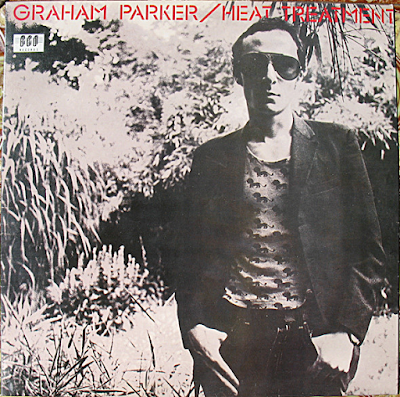 Before Elvis Costello, before Joe Jackson, before The Jags there was Graham Parker and his bluesy, Americana-influenced style of pub rock that was "new wave" long before the phrase had been coined.  This was his second album and one that furthered his respected, but still cult, reputation, something he never managed to shake off. Many say that punk, in 1976, blew the cobwebs off the self-satisfied, often pretentious old guard of rock musicians. Many, including me, felt that change was kicked off by artists such as Dr. Feelgood and Graham Parker in 1975 and Brinsley Schwarz before them. The brief pub rock boom sowed the seeds of punk. While there was a post-punk genre, there was a good case for a pre-punk one too. Look at the rear cover too - Parker in a grimy urban black and white setting, short hair, jacket, dark shades. A pre-punk anti-hero pose if ever there was one.

Heat Treatment is a Southside Johnny-esque horn-powered piece of rock/soul with Parker's voice showing just how he influenced Elvis Costello on his first album a year later.
That's What They All Say has a Tom Petty-style guitar intro, an American country rock feel to it with a hard proto-punk edge. At times he sounds just like Springsteen would do on Darkness On The Edge Of Town and The River. Not surprising, actually, The Boss was a big Parker fan. Turned Up Too Late is in the same vein, but slower in pace. Black Honey is a big, soulful ballad full of Americana vibes. 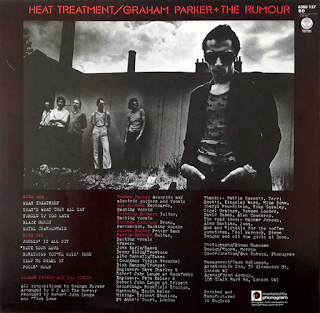 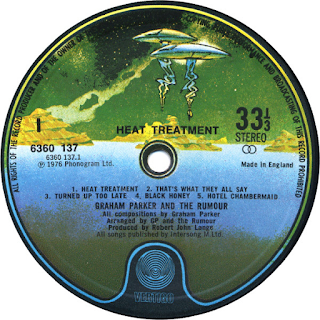 Hotel Chambermaid will be familiar to Rod Stewart fans as a song he covered on When We Were The New Boys in 1998. Parker's voice on this one is at its most cod-American and this is continued on the Warren Zevon-esque Pourin' It All Out. The organ backing is positively E. St Band and there are later era Velvet Underground influences here and there, for me.
Back Door Love is so like much of the material from 1977-78 that Bruce Springsteen rejected from his albums and released on the Tracks box set. Obviously he had been listening to this album. Maybe he rejected them for sounding too-Parker?

Something You're Going Through has a slight white-reggae rhythm, the like of which had only be used by GT Moore & The Reggae Guitars and occasionally, Eric Clapton. a year or two later and white reggae beats would be all over the place. There are slight hints of Steve Harley in Parker's delivery too, although they really are slight.
Help Me Shake It is a piano and guitar-driven bar-room boogie with some Stones swagger to it. Fool's Gold is Spectoresque Springsteen rock at its finest. The piano and organ could be Roy Bittan and Danny Federici. The horns could be from The Asbury Jukes. There is even a brief saxophone in there.

** A bonus track is the hit single from late 1975, the Northern Soul hit Hold Back The Night, originally done by The Trammps. The other bonus track is the catchy (Let Me Get) Sweet On You. This is a highly recommended album for those who wish to dip into the roots of new wave. 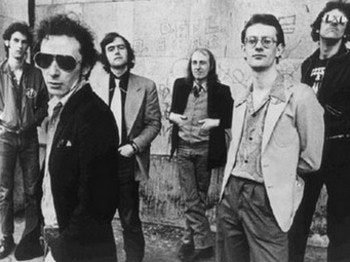 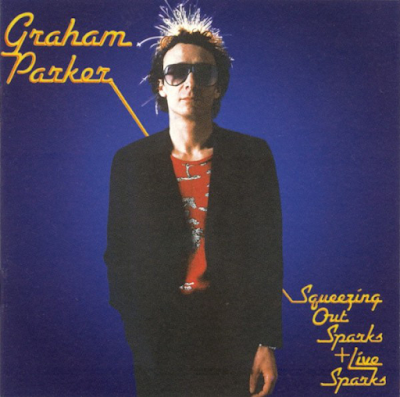 Graham Parker was an old hand by early 1979, part of the new wave he had been inspiring since 1975, infuriatingly unable to out-sell artists upon whom his influence was clear in Elvis Costello and Joe Jackson. This is still a bit of a cult album, a masterpiece of new wave energy, sneer, melody and cynical vitriol. Parker's anger about all sorts of things never gets in the way of his knack of finding a great new wave melody, though. The album is full of infectious hooks.

Discovering Japan is a very 1979, new wavey rocket open with, full of guitar riffs and sneery vocals. Local Girls is very Costello-ish in both its sound and Parker's brassed-off feelings towards girls who have no doubt rejected him. Parker was always annoyed about something or other. I have never been quite sure what. Just as Elvis Costello was always described as "ascerbic", then the same applied to Parker.
On Nobody Hurts You he sounds just like Joe Jackson on Look Sharp album, both in delivery and lyrical attitude.

You Can't Be Too Strong has Parker railing about abortion more emotively than did The Sex Pistols on Bodies the previous year.
Passion Is No Ordinary Word is a typical Parker powerful ballad with full on embittered vocals and a searing guitar solo.
Saturday Nite Is Dead has Parker going a bit punky, something that was actually quite unusual, particularly now. He was doing stuff like this back in 1976.
Love Gets You Twisted is another Joe Jackson type track. Is gets tiring constantly making these comparisons, but I just can't help it. As soon as I hear the song, I just think "Joe Jackson". Whose album influenced whom is a real chicken and egg conundrum. 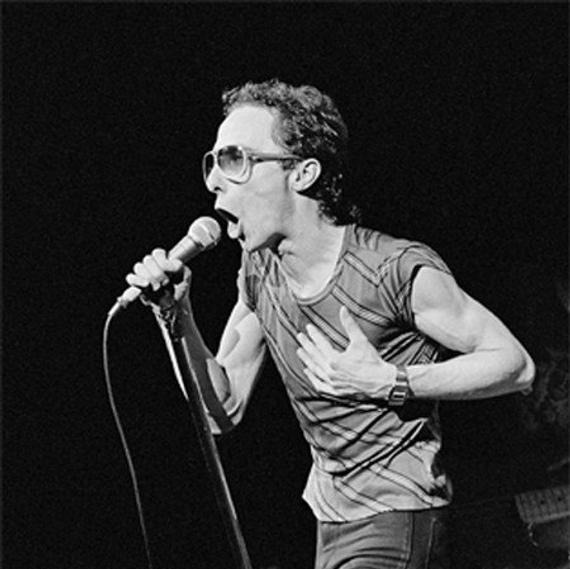 Protection is a raw, rough-edged gritty, rock number. Waiting For The UFOs is also solid in its rockingness and it taps into the contemporary obsession with UFOs. The vocal is very Costello.
Don't Get Excited is perfect piece of new wave riffery. The Rolling Stones could do this, it would suit them.  Parker's voice is even a bit like Jagger's in places on this.

Mercury Poisoning was a rant by Parker against his record company. Musically, it has a great horn backing. At least he had a contract. Quite why he went all Van Morrison only he knows. Maybe he had a point, I don't actually know, so maybe I should shut up.
Finally, we get a surprising cover of The Jackson 5's I Want You Back which works, as it happens. Fair to play for Parker for covering this in a period when punks/new wavers would have turned their collective noses up. Overall this is a copper-bottomed new wave classic album. The true under-invoked spirit of 1979. 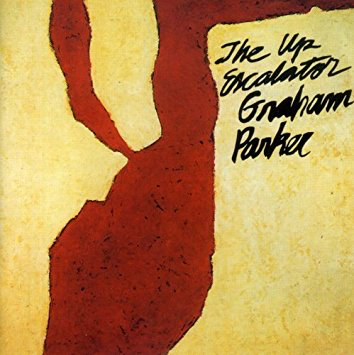 By 1980, Graham Parker's 1975-76 thunder had been stolen, somewhat unfortunately, by Elvis Costello and Joe Jackson. Why, there were also "new wave" groups like The Jags who were clearly influenced by an artist who was the unsung original pioneer of the new wave. Parker had the respect of the cognoscenti, however, and also from within the industry, including Bruce Springsteen, who features on his song, Endless Night on here. The Cars, also, I would argue, were influenced by Parker.

This is a great album of new wave rock - tuneful songs, a sneering delivery of cynical lyrics, a hint of white reggae every now and then and r'n'b pub rock.

The album starts strongly with the storming No Holding Back, the bluesy and catchy Devil's Sidewalk, the rocking Stupefaction and then the Joe Jackson meets early P.I.L. meets Department S rock/reggae tinges of Empty Lives. A classic Parker song. 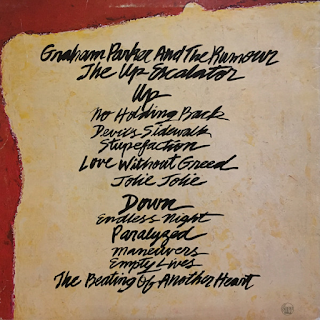 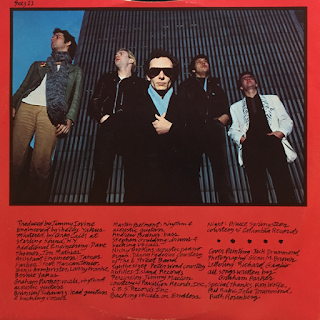 Then the old ""side one" ends with a magnificent Parker heartbreaker of a street tough ballad in The Beating Of Another Heart. Best track on the album. How material like this got largely overlooked at the time, and now, is beyond me. The Boomtown Rats and Blondie, however, had number one hits. No justice. Nothing against those artists, both of whom I like, but Parker deserved as much success for songs like this. I close my eyes and its 1980 again.

The old "side two" starts with Graham duetting with Springsteen on the latter's Endless Night, a rocker that was probably a reject from his The River album from the same year.
Paralysed is another upbeat, soulful piece of new wave rock in the same vein as the rest of the album. Back in 1980 I always played "side one" more than "side two", which was a shame because there some equally good stuff on there, such as the quirky, rhythmic Manoeuvres and the River-era Springsteenesque Jolie Jolie.
Love Without Greed ends this excellent album in similar fashion.The bonus tracks - Women In Charge may as well have been originally included on the album to be honest and there is also a reggae-influenced live (but a bit crackly) version of Don't Ask Me Questions, a track from a few years earlier.

The sound quality on this remaster is excellent. Big and punchy. A highly recommended album. 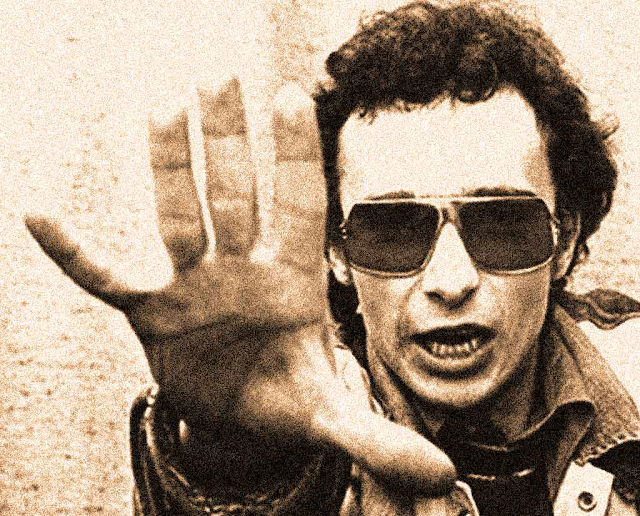 Related posts -
Email ThisBlogThis!Share to TwitterShare to FacebookShare to Pinterest