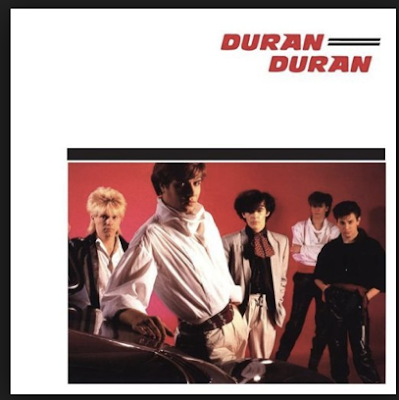 I was never a "New Romantic" (a phrase coined from the lyrics of Planet Earth from this album, incidentally), but as the crowd of groups from that genre went, Duran Duran were not too bad. I was not a fan of too much synthesiser in my music, so I was on a loser here, to be honest! I prefer "real" drums too, as opposed to synthesised ones., or semi-synthesised ones. However, there is enough choppy guitar, rumbling bass and real-ish drums on here to keep me happy. They were supposed influenced by early Roxy Music. As a huge Roxy fan, I don't really see it myself. Duran Duran were far more electronic, their lyrics nowhere near as interesting.

I have read a few people say that they are not happy with the remastering on this album. Not me. It sounds full, warm and bassy, just as I like it. In fact, it has made me enjoy this album more than I ever did when played it by girlfriends in the early 1980s. It actually isn't a bad album.

The two hit singles, Girls On Film and Planet Earth kick things off and excellent they are too - impossibly catchy. Funny how all the New Romantic vocalist sang in that haughty, sonorous voice. Simon Le Bon was no different, although it sounds convincing on the almost as instantly appealing Anyone Out There.
To The Shore is a mournful, almost post punk bleak number with Le Bon attempting to sound more intense and sombre. Careless Memories is an upbeat, well-known track. It was also a single, but, for some reason not a hit.

Night Boat has some interesting sounds and percussion in its extended intro. It is quite a beguiling, interesting song.
Sound Of Thunder is ok, but a bit too synthesised for my liking and Le Bon's vocals are a bit flat. Friend Of Mine was strangely about released prisoner George Davis, supposedly. Or the chorus was. It has a good hook to it, though. Tel Aviv is a vibrant enough instrumental to end what was a reasonable debut album. 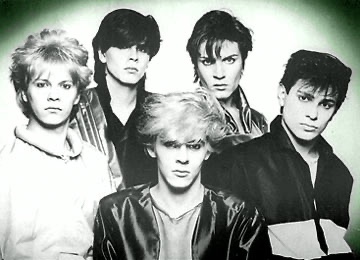