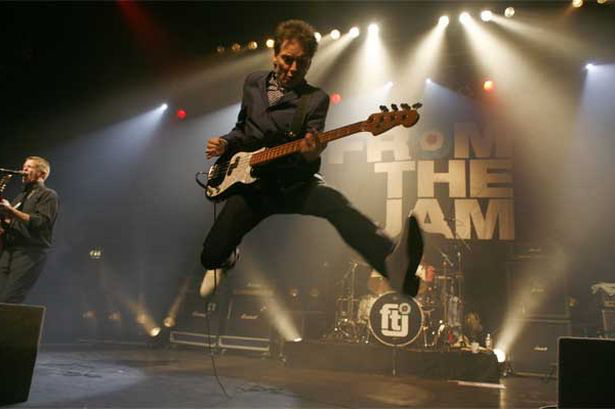 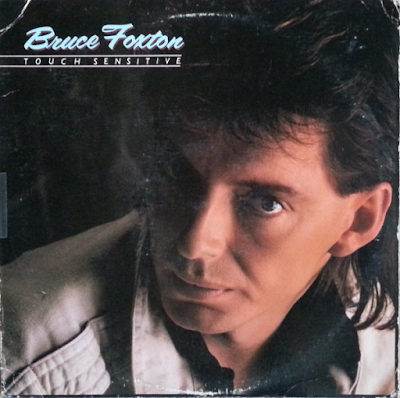 Well, what a hidden little gem of an album this is. Let's be honest, the songs that Bruce Foxton contributed to The Jam's output were (Smithers-Jones apart) decidedly underwhelming, often not much better than fifth form poetry in the lyrical clumsiness and naivety. This album, released two years after Foxton was left high and dry following Paul Weller's decision to break up The Jam, reveals a considerable improvement in his work. He was an artist still shocked at having the carpet swept from under his feet, so to speak, by Weller's actions, and probably, despite all his success, pretty low on confidence. It does not show on this album, however, which bounces along with an enthusiastic eighties vitality from beginning to end.

The album was not a commercial success, however, in spite of Foxton's reputation, and he went on to join Stiff Little Fingers before returning in 2012 and 2016 with two impressive albums. What those albums did, however, was reproduce The Jam's sound, to an extent, and were also highly influenced by Paul Weller's solo work. They used a Weller-esque vocalist in Russell Hastings. This album does none of those things. Its influences are far more from other bands of the time than The Jam (although there are a few small nods in their direction). It is very much an eighties album, though, and that must be taken into account, but it is still a surprisingly appealing offering, much better than it was ever given credit for. The songs are full of hooks and really endear themselves after a few listens. 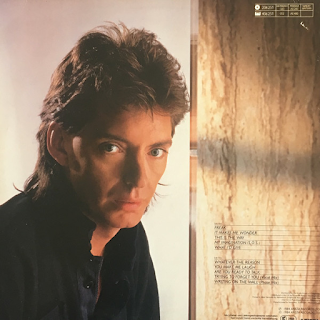 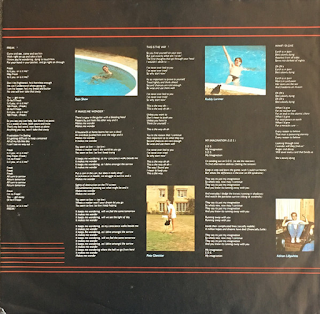 The opener and single, Freak, is a a lively piece of typically eighties, horn-driven funk/rock. It has a few hints of some of the material from The Jam's final album, The Gift but far more from bands like Heaven 17, particularly in the backing vocals and the bass line, which is also very Level 42.
It Makes Me Wonder finds Foxton doing one of his observational, concerned songs, lyrically. It sort of works here, and the higher-pitched vocal on the chorus is very catchy.
This Is The Way's synth riff really reminds of something else from the period, but I can't remember what. It is a bit Orchestral Manoeuvres meets Ultravox in a way, although the brass section is very Dexy's Midnight Runners. Foxton's vocal is a bit Suggs-influenced.

My Imagination (S.O.S.) is very Heaven 17 with Foxton singing in a haughty, Phil Oakey style. That Level 42 "slap" bass sound is back too on a most ebullient, infectious song. The good thing about this, as I said earlier, was that there was no Jam influence here. One of the album's most impressive numbers was the slow, plaintive What I'd Give. This song is 100% superior to anything Foxton wrote for The Jam.

Whatever The Reason is a poppy song very much in the Human League/OMD/Ultravox style. It is instantly recognisable as being of its time.
You Make Me Laugh has lots of echoes of Wham! in its jauntiness and low-to-high pitched vocals. It is actually a really good, summery pop song. The vocals also are similar to those used by Paul Weller in The Style Council.

Some typically eighties, brassy funk rock is to be found on the punchy Are You Ready To Talk.
Trying To Forget You has hints of The Beautiful South from a few years later and another Style Council vibe on the backing vocals and the vaguely jazzy, upbeat beat.
Writing's On The Wall is a sombre, atmospheric, synthy closer to the original album.
** The bonus tracks include a rousing, riffy cover of Chicago's 25 Or 6 To 4 which actually is made to sound like a Foxton original. He does it very well, featuring some cracking lead guitar.
Sign Of The Times is a pulsating, drum-driven number that should have made it on to the original album. There are some great horns on it too. Get Ready is a vibrant cover of The Temptations song.

This is a highly enjoyable album that I can seriously recommend. 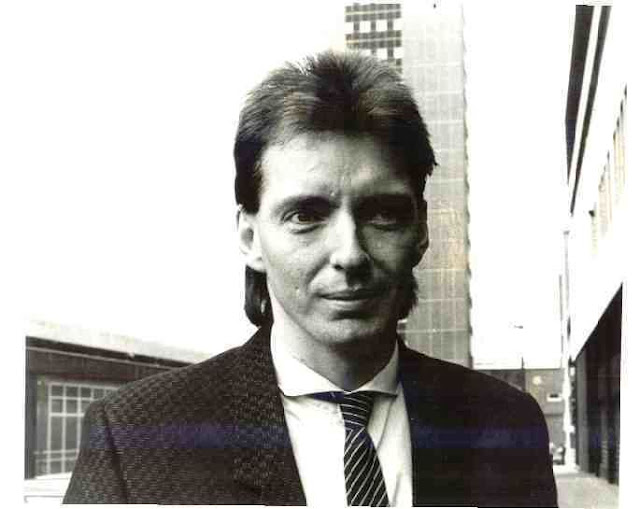 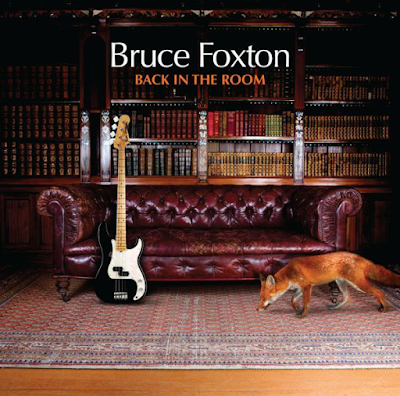 This was Bruce Foxton’s first solo work since 1984 and it is not a bad effort, but it is, unsurprisingly very Jam-influenced. However, the material is certainly better in quality than the often patchy stuff Foxton wrote for The Jam.

Beginning with a Jam-style bass dominated instrumental in Ride, we then get Number Six which is pure Smithers-Jones Jam fare.
Don't Waste My Time is actually a soulful attempt to diversify slightly in sound but there is something in the use of the brass section and the melodious, easily singable sound that just makes one recall The Jam, particularly the 1981-82 phase. Foxton now uses another vocalist on some of the songs, one Russell Hastings, who sounds incredibly like Paul Weller.

Poor old Bruce often seems to be re-writing Carnaby Street several times over, utilising the same couplet style lyrics and often virtually the same tune. Window Shopping is a classic example. It is, as with many of these later efforts, better than the original 1977 track. Some excellent guitar and organ have insured that.
Glad I Found My Tears is so influenced by old band mate Weller’s Style Council/early solo material. The verses are very redolent of Weller’s Style Council track, The Ghosts Of Dachau. Hastings even enunciates “thunder” as “funder” just as Weller did on The Jam’s Monday.

The Wide Open Road is an instrumental that sounds like The Jam limbering up in the studio before adding lyrics. Foxton also seems to be unable to shake off the Weller influence in that he has modelled much of the album on Weller’s early Traffic/Humble Pie/ Revolver-era Beatles material. Nowhere is this better exemplified than on the frantic, guitar-driven Find My Way Home.
The Gaffa continues in the same, but in more of a blues rock style, almost like Dr. Feelgood in places. Weller has recorded material like this on Wake Up The Nation, only two years earlier.

Coincidence? I think not. Drifting Dreams sounds almost exactly like Weller it is untrue. If you played this to a person who knew The Jam and Paul Weller’s music, but were not 100% fans, they would think it is indeed him. Senses Of Summer is a bucolic, whimsical number of which Weller himself would be proud.

The Jam/Style Council/Paul Weller influences are so obvious on this album and would continue on to the next album four years later. Try as Bruce Foxton might, he simply can’t shake off his old mate. 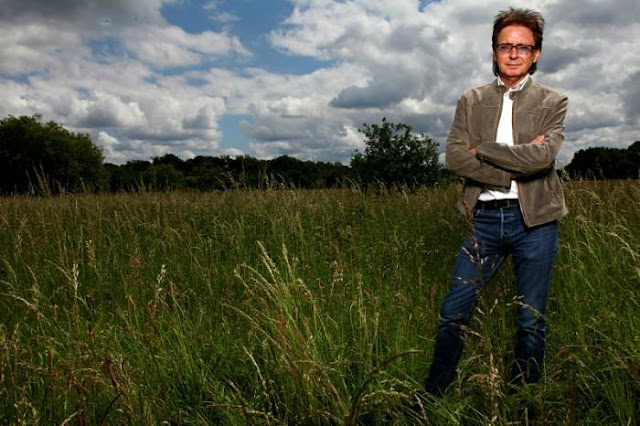 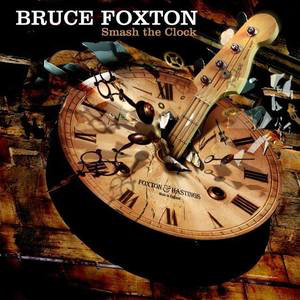 As with the previous album, Back In The Room, the old The Gift - era Jam and early Style Council influences are all over this one. Foxton’s recognisable bass is omnipresent, of course, and vocalist Russell Hastings sounds almost more like Weller than Weller does now. Weller, in fact, appears on guitar and piano on a few tracks.

Now The Time Has Come sounds so much like something that The Jam may have recorded in 1982, with its tuneful, jaunty brass backing, and then re-recored by the embryonic Style Council. The same applies to Louder.
Round And Round is a pulsating, funky number that would not have been out of place on Paul Weller’s first couple of albums, full of 1960s Traffic influences, while Pictures And Diamonds has a clear Norwegian Wood meets early Paul Weller groove. Great psychedelic guitar on this one.
Sunday Morning again has Hastings and the brass section out-Wellering Weller in a Solid Bond In Your Heart/Shout To The Top/Just Who Is The 5 O’Clock Hero fashion. If you ever wondered what The Jam would have sounded like if they had continued to put albums out, Rolling Stones-style, this is it. This album would have sounded good as the 1984 follow-up to The Gift. There are also echoes of Madness in the vocals, brass and piano on this track.

Full Circle features Foxton on vocals and lyrically sounds just as bad as his Jam efforts, like Carnaby Street (of which it has real hints) and News Of The World were. Actually, to be fair, it is a far better track than any of his poor efforts he wrote while with The Jam. It does end with some Jam-style “sha la las” though. 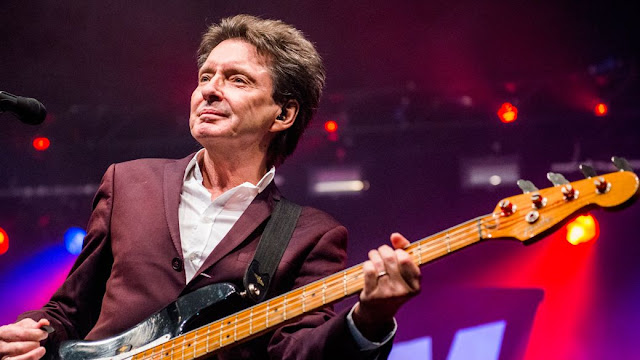 The intro to Smash The Clock is virtually identical to Smithers Jones and there are definite echoes of The Jam’s “B’ Side, See Saw. It has an appeal though. The saxophone solo loses The Jam comparisons for a short while. Back Street, Dead Street is another punky, instantly recognisable (as a) “Foxton song”.
There Are Times is a sort of folky Beatles meets The Small Faces thing. 50 Yards Down Sandy Lane is an enjoyable ethereal instrumental. All of this stuff is a pleasant listen every few years, ground-breaking it isn’t, but I do quite like it. I read someone say this is the best album Paul Weller hasn’t recorded since 1987’s Heavy Soul. I have to say they have a point…