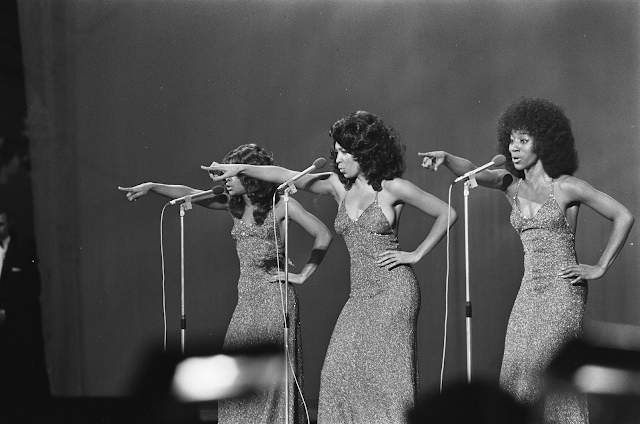 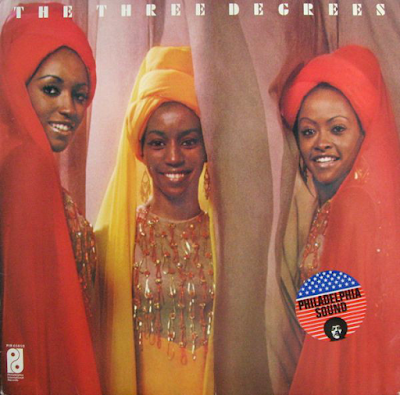 Firstly, the sound quality is excellent on this BBR (Big Break Records) remaster. Nice and warm and bassy and in good seventies stereo.

The group have taken a bit of flak in subsequent years for the track I Like Being A Woman which has Sheila Ferguson proclaiming that she doesn't want to be the equal of her man and she just wants his love. Written by a couple of men, ironically, that sort of song was ten-a-penny in seventies soul. It was all pretty harmless, really, she just wanted a bit of "good lovin'". Too much was written into it. However, the line "..that's when I become your slave..." raises eyebrows in Sheila's spoken part.

The three singles are the vibrant, accusatory Dirty Old Man; the iconic, beautifully melodic and harmonious When Will I See You Again and the slightly lesser hit in the still catchy Year Of Decision.
The instrumental is the infectious TSOP (The Sound Of Philadelphia) by MFSB featuring the girls on occasional vocals.
Tracks like Can't You See What You're Doing To Me and the soulful A Woman Needs A Good Man, with its addictively funky and brassy mid-song break, are pretty typical of the rest of the album's material.
I Didn't Know is a punchy, upbeat song that could easily have made a good single. If And When is a big, dramatic ballad.

Perfectly enjoyable for a half hour's listen. Nothing unbelievably special though. Well, actually, When Will I See You Again is special, it has to be said. 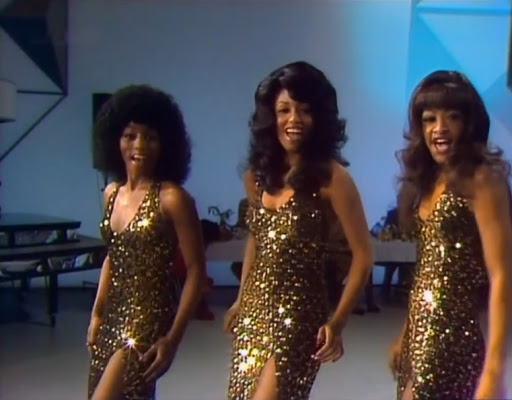 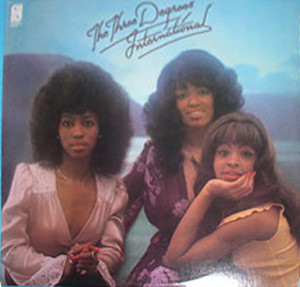 This was the second of the Three Degrees' Philadelphia International albums from the mid-seventies and, unfortunately, by mid-1975, the Philly Soul was beginning to run out of steam a bit. This is still a classic soul album of its era, however, and there is still some good material on here. The latest BBR Records remastering (with bonus tracks) has truly excellent sound quality - full, warm and bassy and crystal clear percussion.

Another Heartache is a delicious, slow-tempo ballad, with sweeping string backing and a lovely bass line, while Take Good Care Of Yourself was the catchy, singalong hit single from the album. It has that effortless, recognisable mid-seventies Philly soul sound. It is a bit of a When Will I See You Again remake, however.
Get Your Love Back was a very minor UK hit. It is an underrated, lively, Northern Soul-ish number full of verve, attack and a superb lead vocal from Sheila Ferguson.

Lonelier Are Fools finds Sheila in full Diana Ross mode on a sumptuous ballad. Distant Lover is a cover of the Marvin Gaye song from 1973's Let's Get It On. It is full of great orchestration and more good vocals. It does the song justice.
Together is a bit of a standard-sounding smooth soul ballad, typical of its time, but none the less appealing when taken at face value. The problem was that, while a couple of albums like this are most pleasant, you can't just keep putting similar stuff out year after year. The two Three Degrees albums and three or four offerings from Harold Melvin & The Blue Notes are classics of their period and genre, it has to be said, though.

The very Motown-esque and infectious Long Lost Lover was also a minor UK hit too. It deserved better, actually. Both this and Get Your Love Back were excellent singles.
Here I Am is a big, bassy, dramatic ballad with a huge vocal and some sumptuous brass backing. TSOP (The Sound Of Philadelphia) was not really a Three Degrees number, it was the Philadelphia house band MFSB. The girls just provide the backing vocals, and because of that it finds its way on to the album. No matter, though, its great and was a big hit too.
Loving Cup ends the album in Motown style once more, with another upbeat number. The album is what it is - enjoyable mid-seventies soul, perfectly executed.

** The bonus tracks feature a great soul track in Midnight Train; the girls singing in Japanese on Nigai Namida and a version of When Will I See You Again; an Italian ballad in Somos Novos and an awful Eurovision-style French number in La Chanson Populaire.

Check out more soul reviews :-
Email ThisBlogThis!Share to TwitterShare to FacebookShare to Pinterest