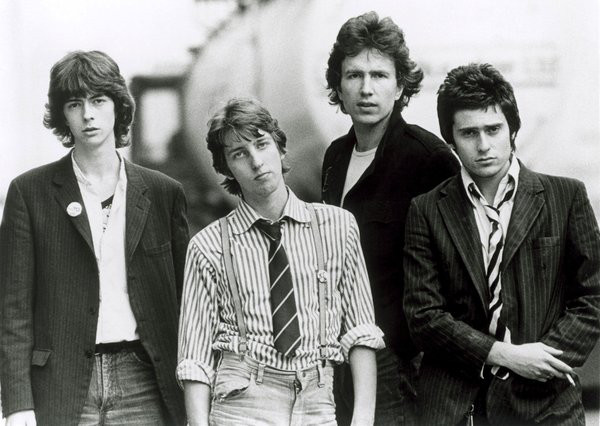 "Within nine months we'd made the transition from signing on at Medina Road dole office to Top Of The Pops, Radio One, EMI Records and the giddy heights of the front cover of the NME" - Tom Robinson 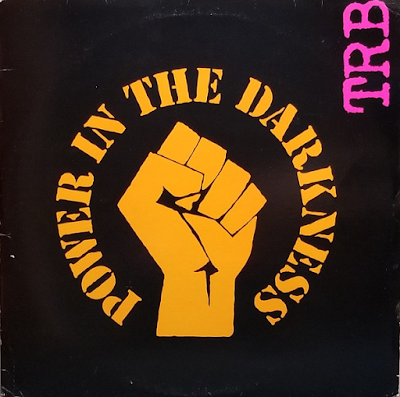 
"Think music and politics don't mix? Listen to this album, and then decide" - Ralph Heibutzski - AllMusic


What a debut album this was. It had taken the Tom Robinson Band seemingly ages of "cult band" existence before it finally hit the streets in the hot May of 1978. It is up there with The Clash, Inflammable Material, Ramones, Rattus Norvegicus, Talking Heads 77 and New Boots And Panties as one of the best debut album entries into the music world of the late seventies. It burned with as much anti-establishment fire as any of the punk offerings, in fact, probably more so. I would say it was the most politically potent of all of them. It was such a shame that TRB's fire extinguished so soon after it had taken light.

The album kicks off, literally, with the acerbic, punky, gloriously riffy Up Against The Wall, which is still one of my favourite "punk" singles". It bristles with teenage venom and ire. Every last second of it is absolutely glorious. I never tire of it, even after all those years, playing my imaginary drums lustily after that great opening riff. 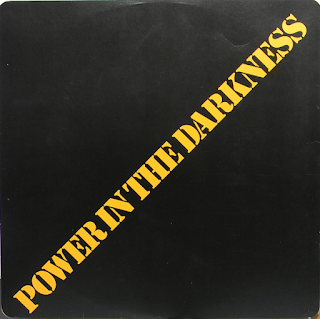 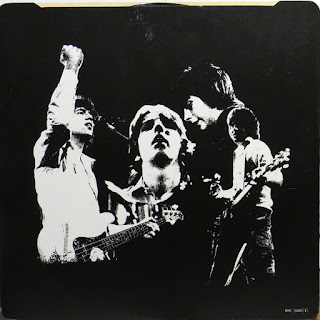 Then we get the quirky, tongue-in-cheek piano-driven jaunty rock of Grey Cortina, with its name check for Bruce Springsteen (who not everybody had heard of at the time, believe it or not), followed by the laid-back but cynical, slightly bluesy Too Good To Be True. Old Tom (or young Tom as he was) had his finger on the pulse of contemporary UK politics, for sure. There was always something comfortably atmospheric about the melody of this song, if the doesn't sound too oxymoronic. Maybe only I know what I mean. It just brings to mind nights coming home from the pub in 1978, for some reason. It had a tune that I was always singing to myself. I think they now call it an "earworm".

Ain't Gonna Take It was a loud, chanty rant against the machine and Long Hot Summer was a fuzzy, atmospheric diatribe against racism with some excellent guitar from the enigmatic and now, unfortunately, late Danny Kustow and swirling organ from Mark Ambler.

The rocking, anthemic Winter Of 79 precedes the post apocalyptic, unnerving run of tracks that begins with the disconcerting, frantic future shock of The Man You Never Saw, the confrontational, anti-racist You Better Decide Which Side You're On and the disturbing post-nuclear bluesy rock grind of You Gotta Survive. Even now, every time I hear this song it gives me the shivers, so I will include all the lyrics below-


"Three boys working on a slave gang
Chained in the cottage at night
Killed the overseer, broke down the door
Now they gonna shoot us on sight
Night time sticking to the 'B' roads
Hiding from the men with the guns
Hitting the ditches
Everytime somebody comes
Every single house has been looted
Every single city's been burned
Every can of food has been opened
Every single stone has been turned
Found this Parka on a deadman
Jamie got a couple of knives
Countryside crawling with maniacs
You gotta survive
Carrion crows on the motorway
Old woman dying of the plague
She cried 'put me out of my misery'
Charlie had to give her his blade
Streets full of slavers on the rampage
Wild boys running by the score
Weeks without eating
Can't carry on anymore"

See what I mean? Genuinely unnerving stuff. Great songwriting, though, something Robinson was never really given due credit for. 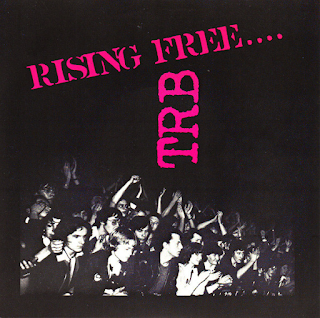 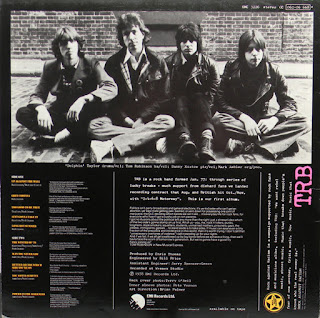 The original album ends with the totemic Power In The Darkness, complete with its magnificent spoken word bit in the middle, parodying a bigoted Tory MP. Marvellous stuff, especially if you're eighteen, as I was at the time. Angry young men couldn't have asked for more. They still shouldn't either, it is just as relevant today.

** Also needing mentioning was the chart single, the fist-pumping, rabble-rousing 2-4-6-8 Motorway and the excellent b side, a cover of Bob Dylan's I Shall Be Released. Both of which are included on this re-issue.
Also included is the Rising Free EP and the tracks Don't Take No For An Answer, Glad To Be Gay, Martin and Right On Sister. You know, while The Clash, The Jam and The Ramones were my favourites, I always retain one hell of an affection for TRB. In them lay the beating heart of 1978. God bless 'em.

Incidentally, the black and gold design of this blog was directly inspired by the graphics used by TRB on this album. Thanks for that. 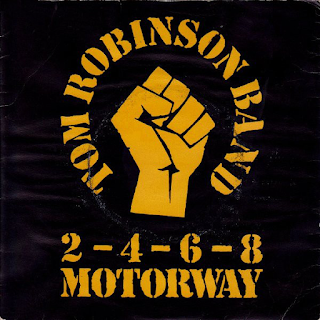 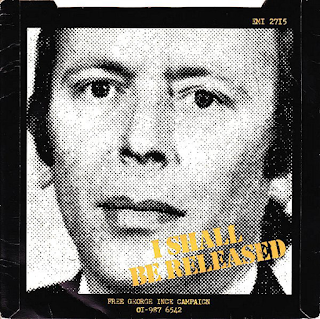 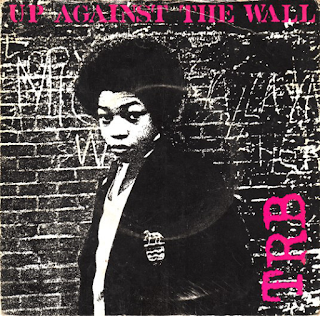 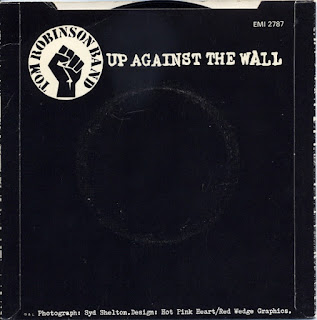 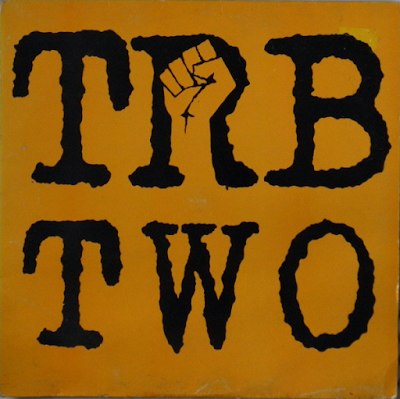 
"There's no question 'We don't need no aggravation' was in the air around Roger Waters. The truth of it is that I had a really good idea for a chorus and we didn't make the most of it. If 'Bully for You' had started with, 'We don't need no aggravation,' how much better would it have been? Roger's skills as a writer were far more developed than my own. He put a great idea to better use, so fair play to him" - Tom Robinson


After a superb debut album, this was an eagerly awaited follow up offfering that never really caught on. Keyboardist Mark Ambler and drummer Dolphin Taylor had left. New "members" of the band had arrived (in reality session musicians) and TRB seemed to be heading straight down the spout as soon as they had spewed out of it. This was a shame as there is some good stuff on here - the poppy All Right All Night, (should have been a single) Why Should I Mind, the atmospheric London pub rock of Black Angel, the Latin American political vibe of Let My People Be and the catchy Crossing Over The Road are all excellent.
Let My People Be does, I have to say, have a bit of a feel of "what cause can I get behind now" about it. The album did feel as though Robinson had expressed most of his political frustration on the debut album and was searching around here for something to get angry about.

Possibly the standout tracks are the hard-hitting, atmospheric protest song concerning the death in Police custody of Liddle Towers, Blue Murder and the chunky Peter Gabriel co-written Bully For You. It was mainly written, however, by Robinson aiming barbs at recently-departed drummer Dolphin Taylor in a sort of Lennon at McCartney way. There was probably no need for it, but it is a strong song all the same. Blue Murder finds Robinson on more comfortable ground, railing against a tragic injustice. 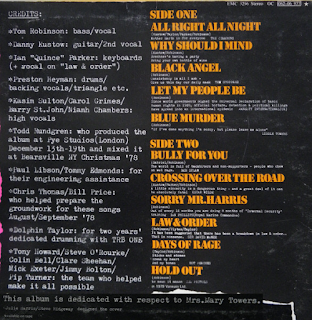 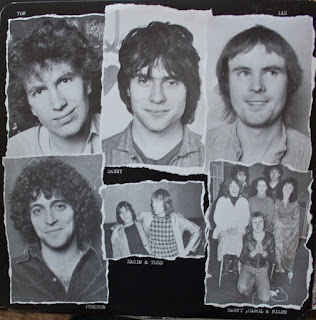 The quality fades off at the end, though, both Sorry Mr. Harris and Law And Order are pretty execrable, it has to be said. I hate saying that, actually, but you could literally hear Tom's mojo evaporating on these two tracks.
Days Of Rage and Hold Out improve the quality a little, but only a little, for they are not up to much either. Basically, this was a really good seven track album. Add the four tracks from the Rising Free TRB EP and you would have another corker. The beauty of modern technology is that you can do that if you so wish - make your own TRB Two.

Despite all that, and the fact that it was one of the punk/new wave era's biggest disappointments, I still have a great deal of nostalgic affection for this album. I really liked those first seven tracks.

All in all, though, it was a real shame that these two albums were the only ones TRB released. They were great while they lasted. It all just fizzled out so soon, way before it should have done. Quite why will never really be known. It was a fire that extinguished far too early after it had burned so brightly. But what a great twenty-odd songs Tom and his mates gave us. Cheers. Yellow and black stencilled heaven. The one time I saw them live - October 1978 at Friars, Aylesbury remains one of my favourite gigs, to this day. 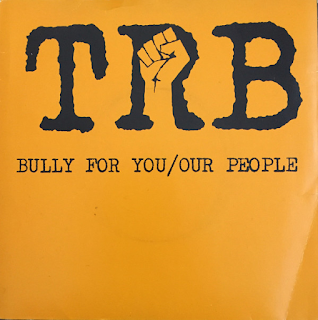 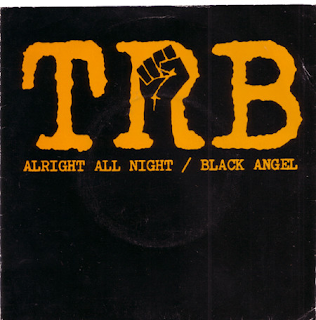 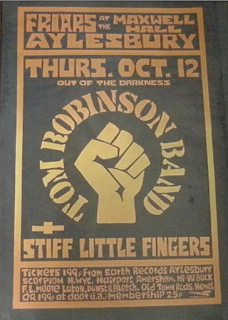 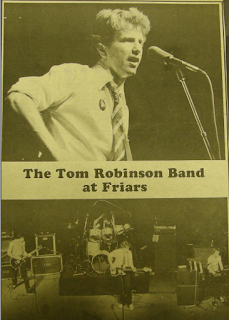 For more information on Tom Robinson at Friars, Aylesbury, check out https://www.aylesburyfriars.co.uk

****
Also well worth getting hold of are the Rising Free EP - containing Don't Take No For An Answer, Glad To Be Gay, Martin and Right On Sister - and the Rising Free TRB "best of" compilation:-