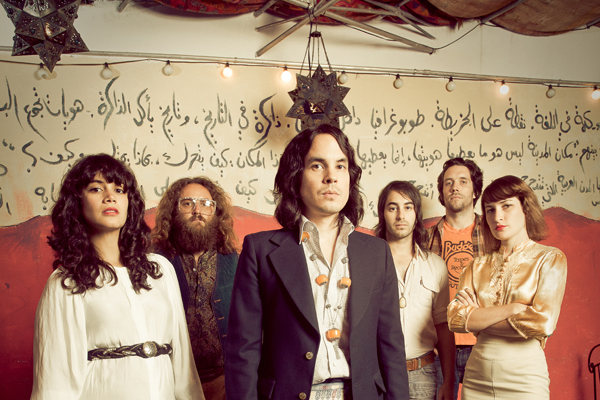 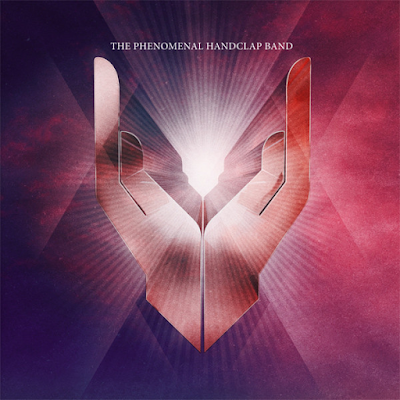 The Phenomenal Handclap Band were a New York City-based psychedelic soul/funk six-piece band that released two excellent albums, in 2009 and 2012. Since then, nothing has been heard from them. They were the brainchild of Daniel Collás and Sean Marquand. I saw them live, supporting Bryan Ferry in 2011, and I have to say it was one of the most enjoyable supporting sets I have ever seen. They were great.

The Journey To Serra Da Estrela begins with a slow bassy riff before the guitars arrive and then the drums and keyboards kick it into a swirling, slightly spacey but wonderful slice of rumbling contemporary funk. There are all sorts in here - rumbling bass, electronic noises, thumping drums, chunky guitar riffs, wah-wah licks. It is big, solid, punchy and a most impressive instrumental opener. Wind noises merge it into the funky rock of All Of The Above. After a few minutes the vocals arrive, a high-ish pitched soulful male vocal together with female backing. It is impossible to categorize this stuff. It is rock, it is funk, it is soul, it is disco, it is art-rock. There is even some killer blues harmonica on this track. There are influences of Talking Heads floating around, but also hints of Krautrock, Prince, The Human League, OMD, Heaven 17, Groove Armada, dance period New Order, early Roxy Music amongst many other snatches. It would seem that Collás and Marquand had excellent record collections, the influences are manifold. Quite where the retro feel fits in with contemporary trends is unclear.

Testimony is a grinding, industrial funker, sort of Groove Armada meets U2, with some cinematic Kraftwerk-style keyboards and a mysterious, deeper vocal this time out. The guitar floats all around this dense number in a David Bowie "Heroes" sort of way.
Give It A Rest sees some soul vibes arrive on the scene in a Sly & The Family Stone style, with a gruff lead vocal and melodic female backing vocals. It is quite intoxicating. Again, the guitar is superb. Lovely, rich bass line on it too.
You'll Disappear is an absolutely thumping keyboard, bass, guitar and drum funk number. The deadpan female vocals are very Tom Tom Club, as indeed is the rhythm. It is also very disco-era Blondie meets Manifesto period Roxy Music. 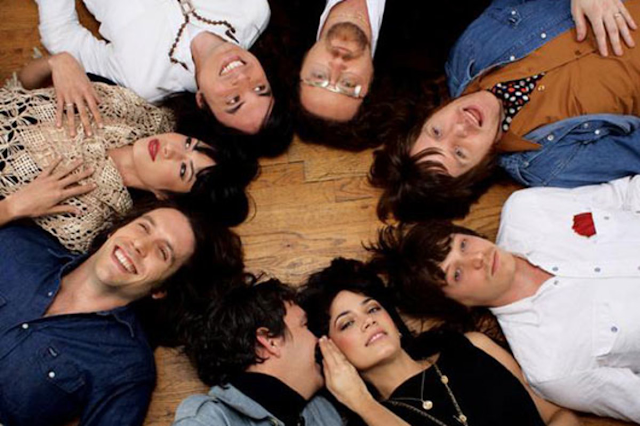 15 To 20 has some solid drums on the intro before we get some more cool, detached female chant-like vocals and some Blondie-style rapping. The bass line is delicious.
Dim The Lights has an almost glam rock drum beat and and infectious rhythm underpinning it all. The male vocal is very Sly Stone influenced. There is even a Spirit In The Sky type riff at one point.
I've Been Born Again is introduced by a blaxploitation-influenced kicking drum intro before some Santana-style guitar arrives. It is a most addictive number. The Martyr has some great fuzzy electric guitar and some serious funky riffs, on both guitar and organ. It has some sixties vibes in places.

Tears is probably most Talking Heads influenced of the songs on the albums, sounding like something from Speaking in Tongues. It is the most poppy and commercial on there too. Some brief West African vocals come in at the end.
Baby has some echoes of Al Green's seventies soul in is vocals, although the rhythm is far ore a dance music/sampling type thing. The track never quite gets there for me, simply repeating the same verse over and over, although the beat is innovative and intoxicating, though. It has that Norman Cook feel to it. The Circle Is Broken is a spacey, airy, extended closer to this interesting album. Well worth a listen. 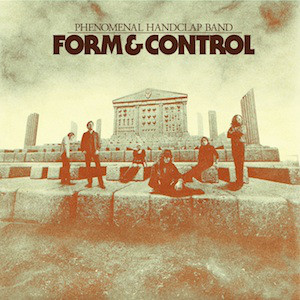 Following/The Right One/The Written Word/The Unknown Faces At Father James Park/Shake/Form And Control/Give/Afterglow/Winter Falls/All Cliches/Mirrors/The Attempt
This was the second, and so far, latest album from the somewhat unique psychedelic soul/funk band from New York City. It is the more accomplished of the two, for me. As I mentioned on my review of their first album, I saw them live in 2011 in London, supporting Bryan Ferry and they were very, very good. Since then I haven't heard or read much about them, which is a shame. This is a very interesting and unusual album.

Following is an impossibly catchy opener with real echoes of Tom Tom Club in its deadpan female backing vocals. The same slightly bored-sounding (or maybe cool and sexily detached) vocals continue on the spacey and futuristically funky The Right One. Yes, there are influences of the eighties art pop of The Human League and Heaven 17, but there are "proper" drums here and and rock-ish bass sound.
A track like The Written Word has hints of Roxy Music about it in places, with some also quite prog rock instrumental stylings in there. While the music is certainly retrospective, it also has a contemporary feel to it.

The Unknown Faces At Father James Park (a very early Thin Lizzy-ish title) summons up the spirit of disco-era Blondie, with the vocal sounding a lot like Debbie Harry. The quirky lyrics further the comparisons.
Shake is another icily melodious Tom Tom Club-style track. Form And Control has an appealing piano intro and more ghostly vocals over a subtly rumbling bass.
Give has an absolutely addictive synthesiser intro, very Human League. I can't help but use the word "quirky" again for the vocals.
Afterglow is great - sort of synthy funk with some African-sounding drumming in places and also some chunky rock riffs. It is a fusion of all sorts of things.
Winter Falls also has some rock riffage and All Cliches has an insistent drum, bass and guitar sound behind its airy, ethereal vocals.

Mirrors has a great bass line and an odd sound to it, once more it is an eclectic mix. There is even some Eastern-sounding psychedelic guitar swirling around. The Attempt begins like David Bowie's Let's Dance before moving into a sixties-style poppy tune. Lovely bass line again.

Overall, this is a beguiling album well worth seeking out. I have really enjoyed listening to it again.