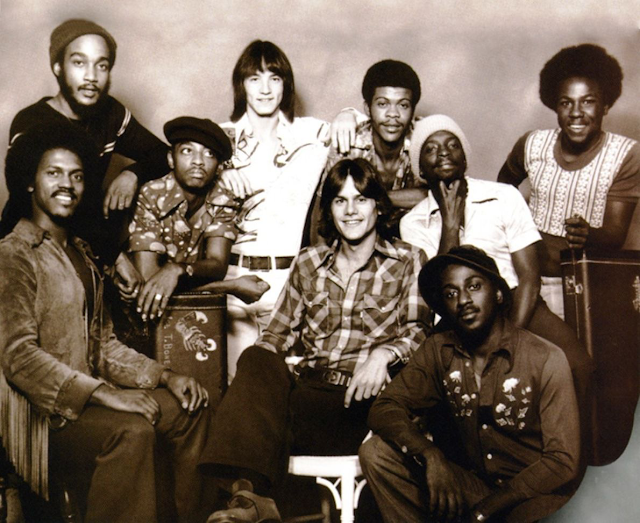 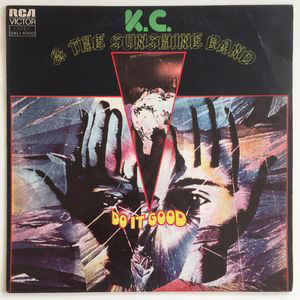 The songs
KC had a brand of funky, upbeat soul, with guitar to the fore and backed by a horn section. Nowhere is this more evident than on one of my all-time favourite pre-disco 70s dance grooves - the titanic Sound Your Funky Horn. Man, what a great single that was. I loved it then and I love it now.
The opener of the album, Do It Good sets the groove impressively and there is also the band's first hit single, the poppy Queen Of Clubs. Blow Your Whistle continues the Sound Your Funky Horn party groove and Baby I Want Your Lovin' and I'm A Pushover all continue in the same style. 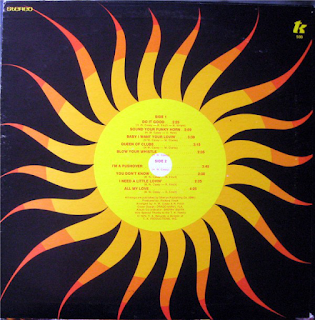 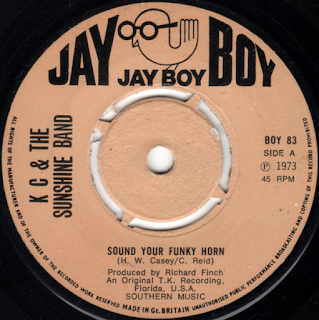 There is not much variance in the sound of the material, but no matter, really, this is an enjoyable slice of 70s poppy soul/funk. Not a duff track on it, comparatively, as long as you accept that it is what it is. Don't expect too much from it and you will be more than satisfied.

The sound quality, as on all these BBR releases, is excellent. Excellent remastering. 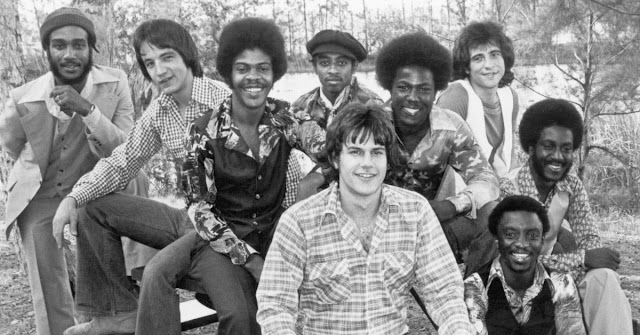 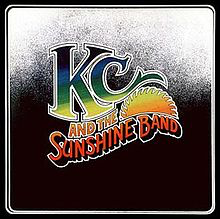 An excellent second album from Florida's good time 70s multiracial poppy soul/funk outfit. The sound, as is the case on all these remasters from BBR (Big Break Records) is truly outstanding. Great 70s stereo separation.

The songs
After an impressive debut album in 1974's Do It Good, KC were back in late 74/early 75 with this, bang in the middle of their commercial zenith. Kicking off with the funky Let It Go (Part One), we then get the two massive hit singles, That's The Way I Like It and Get Down Tonight, pre-77-78 disco smashes. I much prefer the extended album versions to the single versions.
Boogie Shoes was also a hit, and achieved belated popularity as part of the Saturday Night Fever soundtrack. Great mid song guitar groove on this.
I Get Lifted was also recorded by JayBoy label-mate George McCrae (for whom KC wrote songs and musically backed). KC's version is more poppy, but still addictively funky.

The rest of the material is in the same vein - jaunty, upbeat poppy soul/funk - Ain't Nothing Wrong has a great funkyguitar/rumbling bass intro and a catchy laid back chorus hook - no pretensions to be anything else, just half an hour of good fun. It didn't get any better than this for KC.
Oh, and I'm So Crazy (Bout You) was surely the inspiration for Wham's I'm Your Man and What Makes You Happy has more than a feel of Parliament about it. 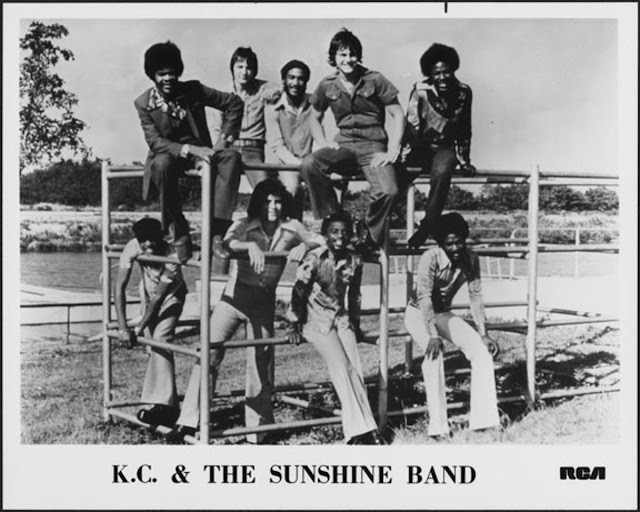 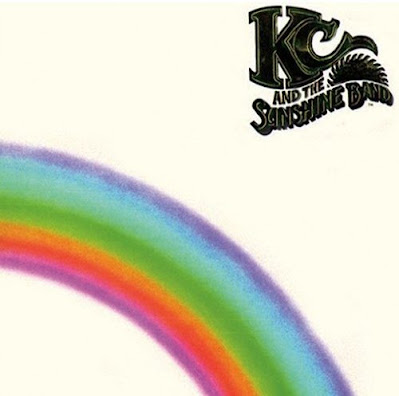 This was the last of three albums released at the height of KC & The Sunshine Band's classic mid-seventies funky disco success. As the previous albums had, it yielded at least two big hit singles but it did follow the tried and tested formula and for that reason, it was probably not unsurprising that after this, the public seemed to have had their fill of KC, which was a bit of a shame but they were always going to a bit of a one-trick pony. That said, this album is very much at the hub of the sound of the hot summer of 1976 and KC were a big part of the 1974-76 funky disco pop sound. I loved them back then and each time I listen to them now  get taken back to those carefree times.

Baby I Love You (Yes I Do) is a superbly funky and poppy typically KC groove to open with. It would have made a great single as indeed would the vibrant but slightly less catchy Wrap Your Arms Around Me. Indeed, you could make a case for every track on this album being a fine single.

I Like To Do It uses the same mould - funkily strummed and insistent rhythmic guitars, big pounding drums, throbbing bass and muscular horns all merging together perfectly behind Howie Casey's slightly whiny but very characterful voice.

Unsurprisingly, the chunky Let's Go Party and the horn-powered funk of Come On In simply carry on the vibe.

The final two tracks on the album were quality singles and play as one whole - I'm Your Boogie Man and the vibrant Latin groove of Keep It Comin' Love. I don't really need to describe these, do I? Just use my words as applied to earlier tracks. Check out the funky break on the former, though.

Stick this one and you will get half an hour of brassy, funky pop pleasure. 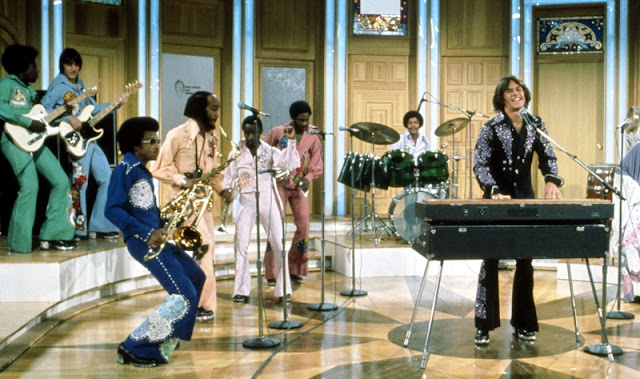