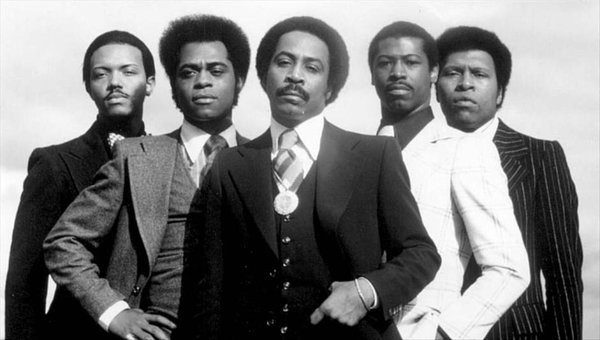 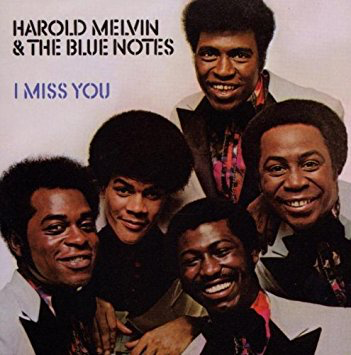 As a debut album, and one of the first from the Philadelphia International composing pair of Kenneth Gamble and Leon Huff, this is a pretty assured effort. It is full of extended, laid back soul workouts, topped off with the great voice of Teddy Pendergrass (who took over from Harold Melvin on lead vocals, but the group kept their name, so everyone thought Pendergrass was Harold Melvin. Confusing!).

Some of the tracks probably last a little too long - I Miss You, Yesterday I Had The Blues and the largely spoken Be For Real (by the time the singing starts the song sort of loses one’s attention), but to be fair, they just sort of flow on, in a complete river of quality soul, so it doesn’t really matter. The group were doing Barry White-style numbers before White himself.

Other tracks, like Ebony Woman, Let Me Into Your World and Let It Be You are basically unremarkable, but at the same time notable in their sheer quality. Strange effect that this album has. The one thing that stands out is that quite intangible thing - quality.

Speaking of Be For Real, the bonus “single version” is probably the better listen, containing as it does just the singing part of the track.

One track that definitely has the “X” factor, of course, is the now world-famous and much covered If You Don't Know Me By Now, the track that sealed Pendergrass’s position as lead vocalist. 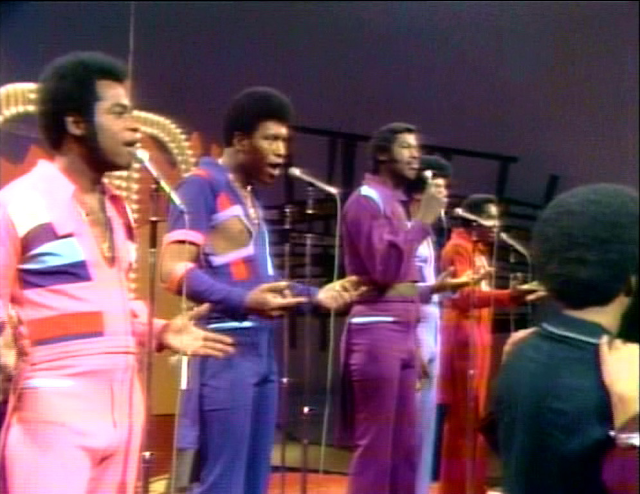 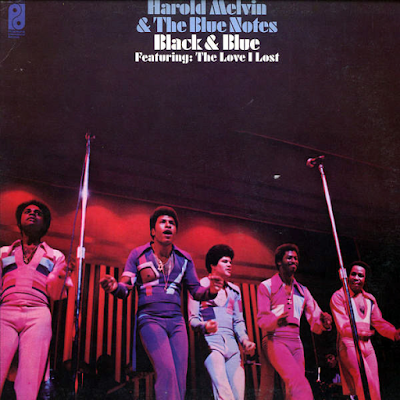 This was Harold Melvin & The Blue Notes' second album and it found Kenny Gamble and Leon Huff starting to build their Philadelphia Sound - orchestrated, lush soul ballads and uptempo, early disco groovers. This album featured a mix of the two and is quite a serious album, not just a vehicle for the group's two hit singles that were included. It showed that soul music was not all about chart pop, particularly on the three long offerings on the old side two. Billy Paul and The O'Jays showed that too, but often with a social message. The Blue Notes were pure romantic soul. Love is the theme throughout.

The album starts off in completely incongruous style with a pointless and short clover of Cabaret, done in a cheesy, stagey over the top fashion. It sits completely at odds with the soul perfection of the rest of the album. However, a more regular Blue Notes sound arrives soon enough in the fine strains of the hit sngle The Love I Lost, with its catchy hooks and excellent vocals. It is included here as an extended version, which is most enjoyable. Teddy Pendergrass's growling, magnificent vocals are such a memory of the mid seventies for me.

It All Depends On You is a big, slow, dignified soul ballad. The lead vocal is gruffly soulful. Once again it is an extended version.
Concentrate On Me continues in the same harmonious, slow vein featuring another killer vocal and some great bass and brass.
Satisfaction Guaranteed (Or Take Your Love Back) was the album's other hit single and is a fine one too, full of singalong refrains and infectious percussion backing.

Is There A Place For Me is an upbeat soul song, with a deliciously deep bass underpinning it and some big fatback drums powering it along. The punchy brass/sweeping strings interplay is superb, as is the remastered sound quality, which is most impressive throughout the album. This is a really good track. Its six minutes plus is a masterpiece of soul instrumentation and vocals working in tandem. Check out that buzzy Ronald Isley-style guitar at the end too. Great stuff.

I'm Weak For You is a sumptuous, bassy, slow slice of smooth soul. Perfectly executed. The third in the three long cuts in a row is the passionate, uplifting grand sound of I'm Comin' Home Tomorrow. It features wonderful vocals, strings and bass. Indeed, five of the album's eight tracks were over four minutes in length, four of those over six minutes. This was soul music at its most expansive, showing that a lengthy soul cut could be a love song as well as a "conscious" one. Apart from the early aberration, this was probably the group's finest album. 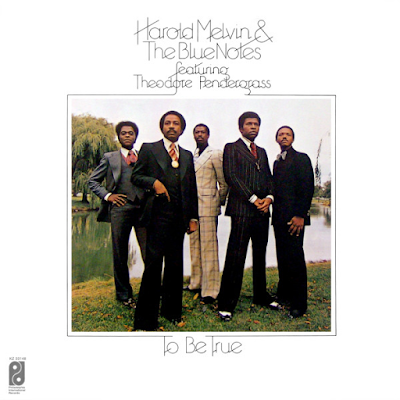 This was actually Harold Melvin & The Blue Notes' third album of harmonious, sometimes funky smooth soul. Vocals were shared between Teddy Pendergrass, Melvin himself and female singer Sharon Paige. Along with The O 'Jays, Billy Paul and The Three Degrees, they were the pride of the Philadelphia International label.

Where Are All My Friends is introduced by some typically seventies Philly brass and percussion before Pendergrass's deep, dominating voice arrives. This is a classic slice of seventies soul.
To Be True is also representative of its era and genre, this time due to its smoochy, late-night "come to bed honey" soul vibe. Its soulful, slow pace is backed by a solid, deep bass and a punchy brass interjection on the refrain. It also has the archetypal spoken part near the end, Barry White style.
Pretty Flower is also a ballad, but this time with a bassier, more percussive backing as compared to the sweet orchestration of the previous track.

Hope That We Can Be Together Soon has Sharon Paige on vocals on another romantic, slow number. Nobody Could Take Your Place is a livelier song with some infectious, crystal clear cymbal work and funky wah-wah guitar backing. The harmonies on the catchy chorus are excellent and this is a great example of Philly soul of the time. The O' Jays and Billy Paul both produced similar stuff, although Harold and his mates were the ones who specialised in the more groove-driven dance-y numbers. This track also features some impressive saxophone near the end.

Somewhere Down The Line is sweetly appetising, harmonious soul. Again, the percussion/brass interplay is intoxicating. Pendergrass's vocal on here is soaring. Wonderful. Then, of course, there is the magnificent, funky strains of Bad Luck, with its addictive cymbals riding over Pendergrass's gruff but evocative vocal. Just check out that funky riff. Actually, the track is head and shoulders above anything else on the album. Truly great stuff.
It's All Because Of A Woman has a stop-start rhythm to it at the beginning that surely influenced David Bowie around the same time during his soul period, and Prince too, much later on. The bass/drum bits are superb. Vocally, Bowie modelled his soul voice on Melvin I am sure. I am reminded a lot of It's Gonna Be Me.

Overall, this was a sumptuous piece of seventies soul, but, as I said, Bad Luck is by far the best cut on it. Standing out by a mile. 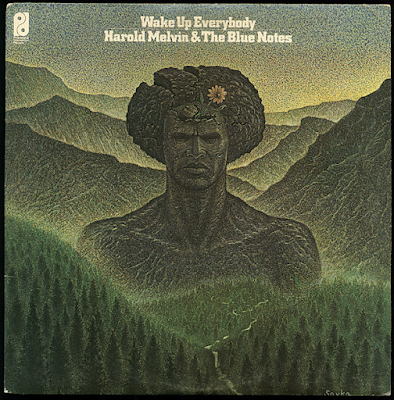 Teddy Pendergrass’s gorgeous, rich, warm voice is to the forefront here as, not just on the well-known Don't Leave Me This Way and the monumental, extended “message” song that is Wake Up Everybody, but also on the wonderful, lesser-known Keep On Loving You.
The duet with Sharon Paige on You Know How To Make Me Feel So Good is wonderful. Great conga-dominated backing too.

This was to be Pendergrass’s final album with The Blue Notes, and he leaves on a high. Don’t Leave Me This Way is complete soul heaven. This excellent remaster brings the best out in the track - the intro congas, Teddy’s voice, the rumbling bass, the keyboards, strings and then the big brass attack. A masterpiece of 70s soul magnificence. I had forgotten just what a truly mighty track this is.

The percussion on the whole album is top notch. It is all over Tell The World How I Feel About 'Cha Baby. The whole Gamble and Huff Philly production can take an average song and turn it into something very special indeed. They do here. This song is a tour de force. For a few years, in the mid 70s, Harold Melvin & The Blue Notes were all over the radio. I just have to hear Teddy’s wonderful voice against that backing and it's 1974-75 again. 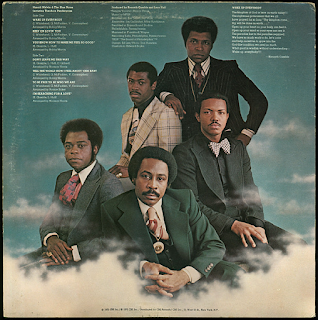 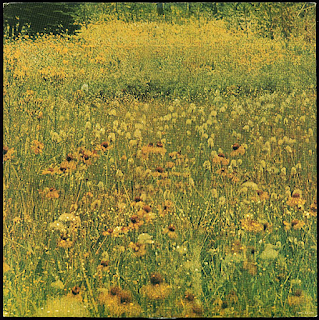