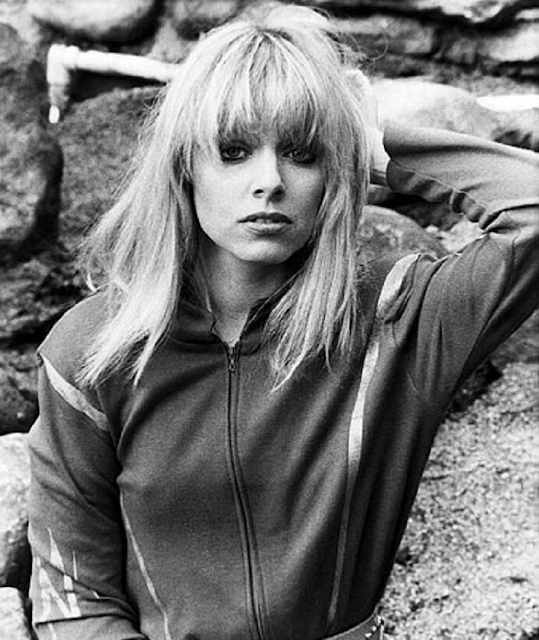 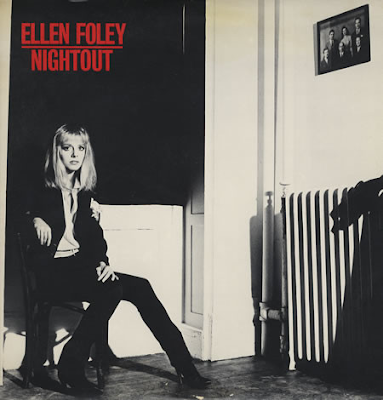 Ellen Foley was born in the USA in 1951 and, apart from her brief solo career, is best known for her vocals on Paradise By The Dashboard Light on Meat Loaf’s Bat Out Of Hell album from 1977. She also had a brief relationship with Mick Jones of The Clash in 1981-82.

Produced by Ian Hunter and Mick Ronson. This is a Springsteenesque New York City rock album of the highest order. The opener, the Spectoresque majesty that is We Belong To The Night is superb and Ellen's voice is powerful, just as we knew her from the vocal duet on Paradise By The Dashboard Light on Meat Loaf's iconic Bat Out Of Hell.
What's A Matter Baby is like a 60s Phil Spector girl group song, and then there is a rocking cover of The Rolling Stones' Stupid Girl which vastly improves on the original. 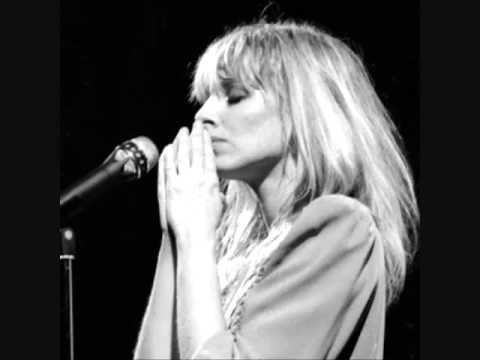 In late 1979, Philip Rambow was said to be one of the most promising new singer-songwriters. What happened to him I wonder? The first of his tracks here, Night Out, is just great, such an NYC rock song, bristling with late-night Springsteen-esque street rock atmosphere. His other track, the chunky, powerful Young Lust is excellent too. Ellen's voice and approach making me feel all, shall we say, distracted. Her delivery is urgent and mega-sexy, particularly at the end when she reaches her crescendo and blurts out "young lust!!". 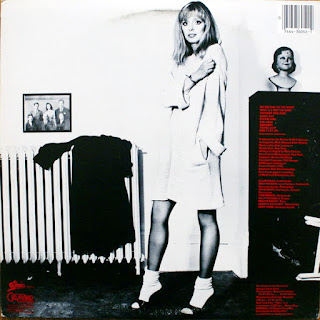 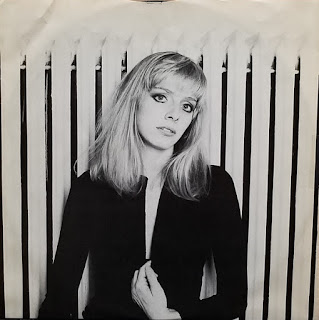 Graham Parker's Thunder And Rain is another punchy rocker, as is the frenetic, riffy and downright irresistible rock of Hideaway. Sad Songs is catchily appealing and Ian Hunter's plaintive ballad, Don't Let Go, is a heartbreaking closer to what was a very impressive album, albeit one very much of its time. It always brings back great memories for me.

I caught her live in 1980 at the old "Venue" in London's Victoria, touring this album. Excellent show it was too. 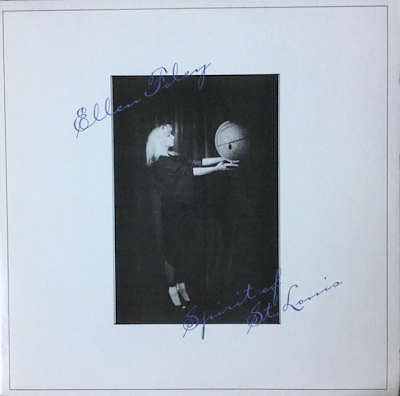 An utterly different album. Ellen was carrying on with Mick Jones of The Clash at the time and on this bizarre album, she enlisted Jones' help. He and Joe Strummer contributed several Sandinista! style compositions and members of The Clash and Ian Dury's Blockheads played the music which was anything but rock. It is virtually impossible to categorise, just as Sandinista! was. All that said, I found it strangely appealing at the time and still do.

The Shuttered Palace is marvellously evocative and Torchlight sees Ellen duetting with Jones, somewhat clumsily. Beautiful Waste Of Time is a jazzy pleasure and The Death Of The Psychoanalyst Of Salvador Dali is frankly bonkers.
M.P.H. is as close to punky rock as it gets. My Legionnaire is another atmospheric Edith Piaf cover. 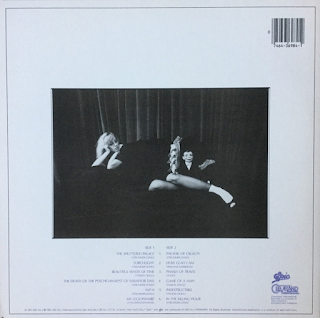 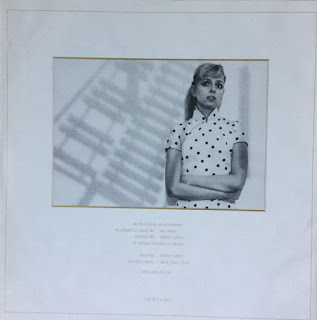 Theatre Of Cruelty continues the floaty, jazzy feel and How Glad I Am is a slice of sixties soul.
Phases Of Travel, the intoxicating Game Of A Man, the soulful Indestructible and the anthemic In The Killing Hour end this interesting little curio.

Ellen Foley did little else after this. One more ordinary album was released in 1983 before a comeback in2014. I haven't checked that out yet. Maybe I should. (Now I have done, check my review of it, below). 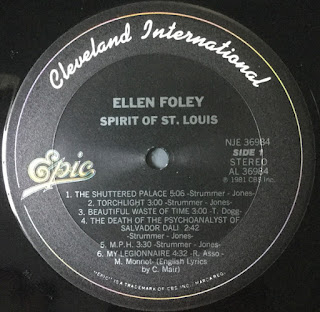 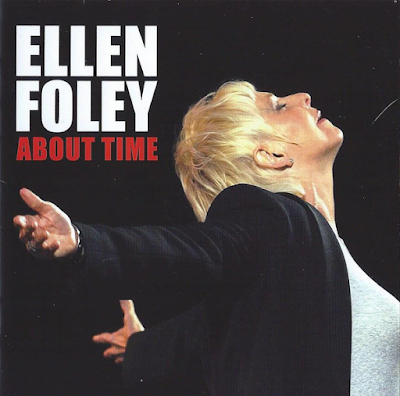 After two different but equally excellent albums in 1979's Nightout and 1981's The Spirit of St. Louis, and one subsequent patchy album in 1983, Another Breath, Ellen Foley, the voice of Meat Loaf's Paradise By The Dashboard Light made an unlikely comeback in 2014. Over thirty years later - but she still sounds great. It does, however, sound a bit "retro", which is probably not surprising. I quite like it, which is also not surprising, but I am not sure if it would appeal to anyone other than those like me who had her albums in the late seventies/early eighties.

If You Can't Be Good has a Searchers/Byrds-style jangly guitar riff, with a hint of Tom Petty about it and Ellen's vocals show she hasn't lost her power in all that time.
Nobody Ever Died From Crying is an upbeat, riffy number with Ellen once again soaring above the music with her quirky but authoritative voice. All Of My Suffering is in a similar vein. Guilty is a down-on-my-luck bottleneck slow blues, with Ellen playing the hard done by victim.

If You Ever Had A Heart has a bit of early Rolling Stones about it somehow, not especially in the music, just something about the melody. Madness is a jazzy, late-night slow burner with echoes of Peggy Lee's Fever in both its backing and vocal.
Worried Woman is a lively rocker that would not be out of place on Nightout. Any Fool Can See is a mid-pace rock ballad with a superb, commanding vocal. On this it is as if Ellen had never been away and it is 1979 again. I've Been Around The Block And Back sounds a confessional song from a rock musical.

I Can See is an appealing, catchy rocker. Carry On (Party's Over) is a chunky, riff-drenched number.  Both these songs, while pleasant, are a bit unremarkable, however.
Everything's Gonna Be Alright is a slow ballad to end what has been actually quite a short album on. You know, I was really enjoying the first three tracks but then I have to say it did all sound a little bit similar and a little bit like a dusty relic from days long gone. I can't say I disliked any of this album, but, unfortunately, I know I will probably not play it much in the future. I think that is a shame, but you just tend to know which albums will not get many airings. It was great to hear Ellen again but that is as far as it goes. Like an ex-girlfriend thirty years on... 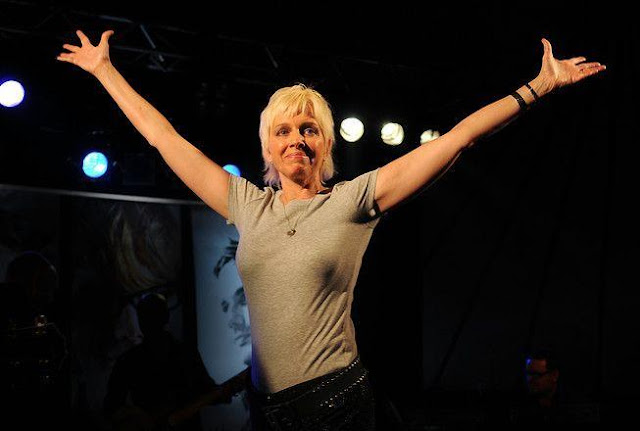 Also featuring Ellen's vocals are :-
Email ThisBlogThis!Share to TwitterShare to FacebookShare to Pinterest