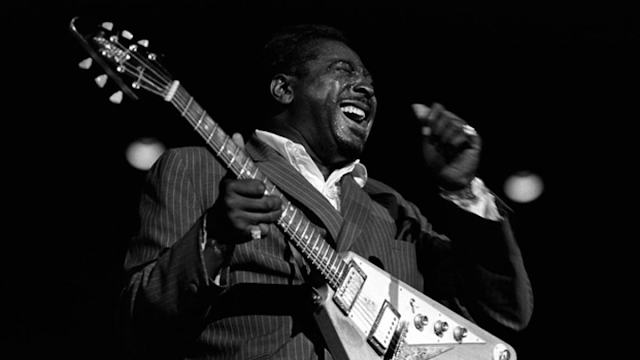 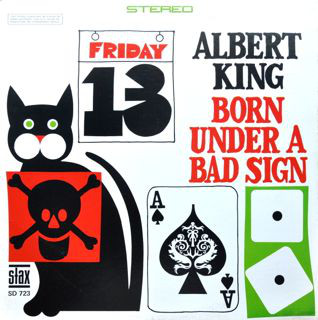 This is an excellent collection of the superb single recordings Albert King laid down on the Stax label, utilising the instrumental talents of Stax house band Booker T. & The MGs. It was eventually released as King's first album for Stax. It is a magnificent merging of King's searing blues guitar work and the MGs' Southern funk/soul organ sound. It is now revered as one of the greatest electric blues albums ever released.

As most of the cuts were released as singles, they all have an upfront appeal to them. Highlights are the storming, brooding blues of the title track, Born Under A Bad Sign; my own personal favourite in Crosscut Saw; the insistent, bassy grind of Oh, Pretty Woman (not the Roy Orbison song, by the way); the horn-driven Down Don't Bother Me; the marvellous, chugging blues of Laundromat Blues and The Hunter (covered by both Free and Canned Heat in the early seventies. Check out the big, rumbling bass on Personal Manager and the guitar too, for that matter. Great stuff. The "unreconstructed" lyrics bring a smile to my face too.

This is an outstanding album that is so representative of its genre. Highly recommended if you want to dip into some stonking late sixties electric blues. The sound is a full, warm stereo and very impressive considering from whence it dates. However, Born Under A Bad Sign, Crosscut Saw, Laundromat Blues and Oh, Pretty Woman can be found wonderfully re-mastered on the Stax - the Complete Singles box sets. 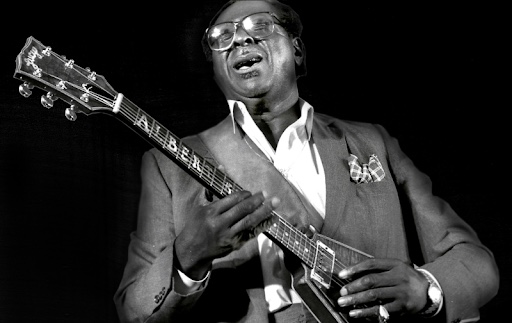 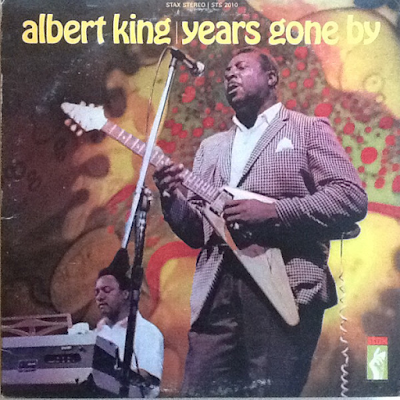 After his debut album for the Stax label in the excellent Born Under A Bad Sign, Albert King cranked up the guitar-driven, horn-backed Stax-y blues on this similarly impressive outing from 1969.

The album kicks off with the solid, punchy, brass-backed Stax blues glory of Wrapped Up In Love Again. It features, of course, a killer guitar break from King, mid-track.

A jazzy brass intro leads off You Don't Love Me, which is a solid, catchy instrumental. The sound quality on this, and indeed on all the album, is excellent - nice bass sound and impressive stereo.

Cockroach is an entertaining blues rock number about (obviously) a cockroach. Killing Floor is a slow-paced, riffy, chugging blues.
Lonely Man is a contrastingly upbeat, lively rock'n'roll-influenced blues. It is a cover of a Howlin' Wolf song.

If The Washing Don't Get You The Rinsing Will is a wry, bluesy piece of mid-pace rock that expands on a man's bad lot with those darned no-good women.
Drowning On Dry Land is a walking pace, traditional blues. It is followed by an instrumental version of the song.
Heart Fixing Business is another trademark slow blues rocker, as is You Threw Your Love On Me Too Strong. It is a re-recording of one of King's earlier songs, dating from 1961.

The Sky Is Crying ends the album in the same style. The guitar is once again exhilarating. Look, there is not too much surprising on this album, but if blues rock augmented by superb guitar is your thing then you can't go far wrong with this, or indeed any of the five albums Albert King did for the Stax label 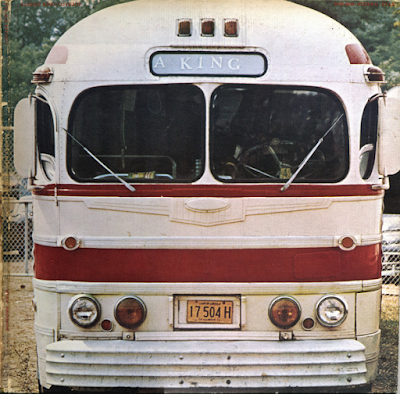 Of Albert King's five top-class albums on the legendary Stax label, this is the one that briefly dispensed with the ubiquitous Stax horn backing. It was straight up blues rock, with King's guitar to the fore over a solid rock and Chicago blues beat. As on all these albums, the sound quality is very good - nice stereo and a warm bass sound.

Taj Mahal's My Baby Caught The Katy And Left Me A Mule To Ride (referring to the "K.T." - The Missouri/Kansas/Texas railroad) is another tune covered impressively, with some unsurprising awesome guitar breaks.
For The Love Of A Woman has a catchy, almost funky beat to it. King whoops and hollers as he brings his guitar to the party, interacting with the shuffling rhythm perfectly. 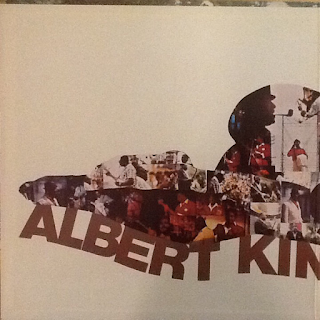 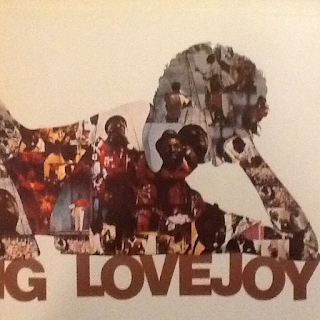 Lovejoy, Ill. about a small Illinois town is not about King's hometown (he was from Mississippi), but he moved there in adult life. It is one of those soul songs where various instrumentalists are introduced to add to the groove, like Memphis Soul Stew.

Everybody Wants To Go To Heaven is a typical, slow-pace blues number. King could this sort of thing in his sleep, effortlessly. It just washes over you warmly and beautifully.
Going Back To Iuka begins with some superb guitar, coming alternatively out of each speaker as an incredibly infectious rolling drum rhythm kicks in.
The final track, Like A Road Leading Home, is a lovely, laid-back soul ballad that is completely different to the rest of the album's material and highlights what a fine soul voice King had as well. It has an uplifting, grandiose, gospelly finale to it.

There is probably slightly more variety on this album than on its predecessor, Years Gone By. Basically, if blues rock does it for you, then any of King's Stax albums will provide instant pleasure. 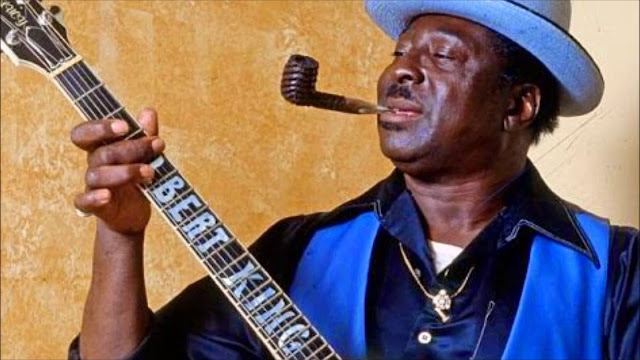 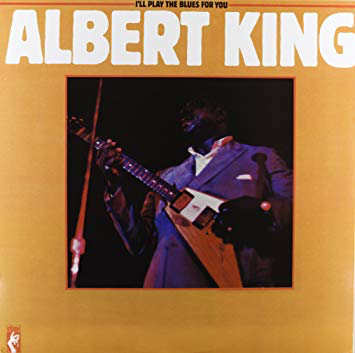 This is a truly magnificent album that saw Albert King augmenting his blues guitar sound with Stax horns and Memphis soul sounds. It is wonderfully remastered here (in the Stax remasters series) in a warm, full, vibrant seventies-style separated stereo. It is simply a pleasure to listen to.

All the material is top notch - the brooding but melodic, extended I'll Play The Blues For You, the soulful Little Brother and the sublime grinding funky, lyrically cynical soul groove of Breaking Up Somebody's Home, with its sumptuous horns, get the album off the a superb start. King's guitar is magnificent and the overall vibe is just cooking to boiling point. It drips with soul. Lots of echoes of Al Green and Ann Peebles all over it. The organ/bass/horns funky guitar interplay four minutes in is truly intoxicating. Great stuff. Man, I love this album.

High Cost Of Loving is a guitar-drenched pounder of a blues. The cover of Marvin Gaye's I'll Be Doggone is a live cut with a funky James Brown vibe to it.
Answer To The Laundromat Blues is a tongue-in-cheek riposte to King's 1967 blues classic. It has an ad hoc live feel to it, although it would appear to be a studio recording.

Don't Burn The Bridge is a searing piece of blues rock, in the BB King style, with some excellent guitar. As on all the album, the sound is absolutely first class. The final track on the original album is the slow-burning, horn-introduced blues of Angel Of Mercy. A real copper-bottomed blues.
The Alternate Version of I'll Play The Blues For You is scintillating too, replacing the spoken word vocal parts with more guitar and saxophone.

I simply can't recommend this album highly enough if you like the blues and you like Stax. You will be in Heaven. 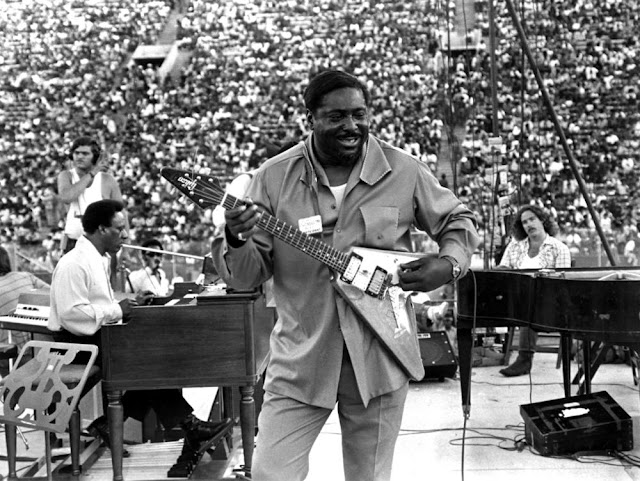 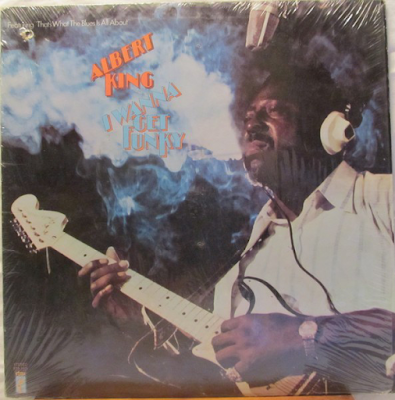 Despite the title, this is far more of a Stax soul meets the blues album than a funk one, despite several undoubted funky moments. It seems very much to me like a Stax album, which of course it what it is. Lots of horns all over it. It continues King's successful relationship with Stax Records and includes some really solid soul material and, of course, King's trademark blues guitar too.

I Wanna Get Funky is, unsurprisingly, a medium pace funk-influenced cooker of a track. Playing On Me is a muscular number, with some excellent soulful vocals from King and an addictive horn and organ staccato backing.
Walking The Back Streets And Crying is a classic piece of slow burning blues balladry. King contributes some killer guitar half way through.

'Til My Back Ain't Got No Bone starts with a Barry White-style spoken vocal, over a seductive bass and electric guitar rhythm. The beat increases a bit as the narrative progresses, and a funky riff is added. After about four minutes, he ups the vocal and starts singing and the funky bass matches him, as do the horns. Despite that the song keeps to its almost walking pace groove. This track has a subtle funk about it and is quite infectious. 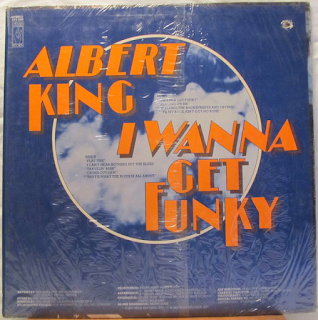 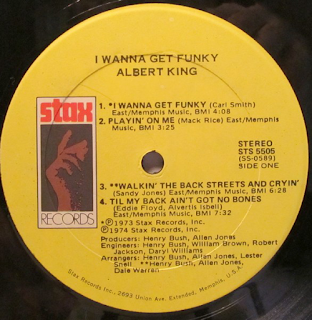 Flat Tire has a typical Stax horn-driven intro and some funky wah-wah backing behind another semi-spoken vocal. I Can't Hear Nothing But the Blues is a delicious slice of Stax blues. It has one of those great bits where the tempo slows down to just a bass line, a bit of organ and a quiet drum beat and King starts to semi-sing "hey Mr. Bartender....".
Travelin' Man is a lively, organ-driven piece of soulful, bluesy funk. Next up is a re-make of King's 1965 classic, Crosscut Saw, extended here to a funky seven minutes. The rhythm is insistent and exhilarating and never lets up. It is full of searing blues guitar and those punchy horns. When push comes to shove, I think I prefer the sheer blues power of the original, but this one is great also, with some wonderful guitar and drum interplay in the track's final few minutes.
That's What The Blues Is All About is an invigorating slice of lively funky soul to finish the album with. It has a killer keyboard riff underpinning the verses.

All Albert King's Stax albums are recommended, to be honest. You can't go wrong with any of them. 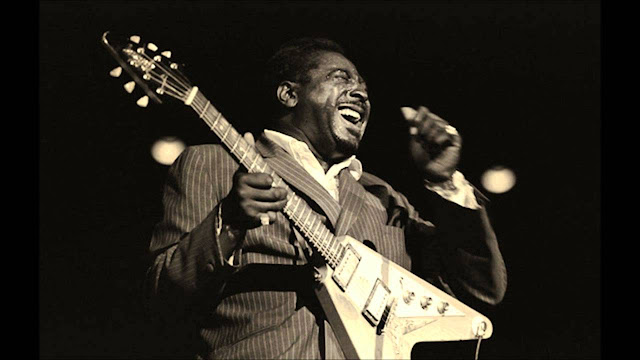