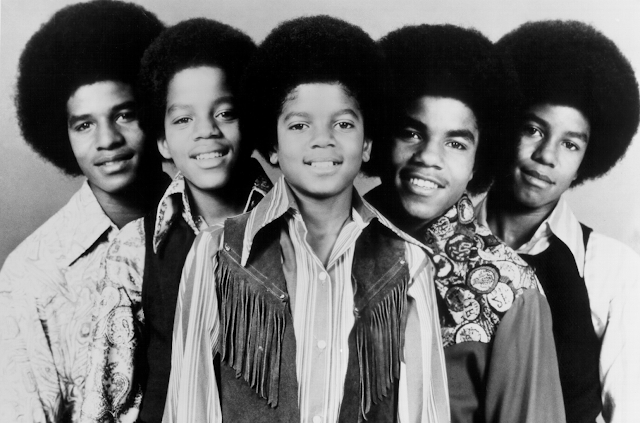 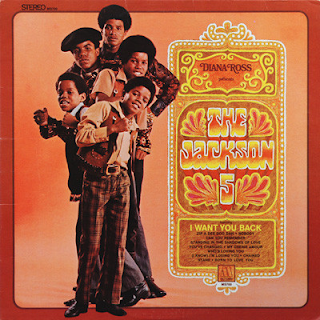 This was the album that introduced the world to The Jackson 5, from Gary, Indiana, and notably their lead vocalist, pre-teen Michael Jackson. It is a surprisingly mature offering, full of high quality soul/pop and immaculately played by Motown’s house musicians,  The Corporation (Bobby Taylor, Deke Richards, Freddie Perren, Wilton Fender, Gene Pello  & Fonce Mizell)

The album would, by the influence of Motown’s marketing department, give the impression that Diana Ross discovered the group. She most certainly did not, the discovery is credited to another Motown artist, Bobby Taylor, with the help of Gladys Knight, something the boys’ father later acknowledged to be the case.

The album begins with a slow-pace, gospelly version of Zip-A-Dee-Doo-Dah enhanced by some funky wah-wah guitar and a fine fuzzy electric solo. Vocally, it follows the framework of the Phil Spector-produced Bob.B. Soxx & The Blue Jeans version. Nobody is a nice piece of funky pop with young Michael on excellent soulful form.

I Want You Back, (also included on the next album) needs no introduction, does it? It is a wonderful piece of pop perfection. I have known the record now for over fifty years and I never, and I mean never, get tired of it. From that rolling piano intro through its funky guitar, infectious bongos and frantic vocals it is just a pure delight. "A boo-boo-boo-boo-boooh...". Indeed. Love it. 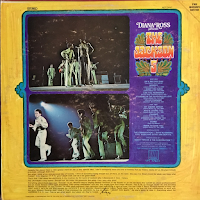 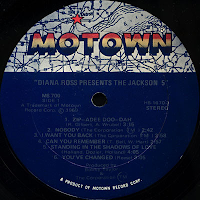 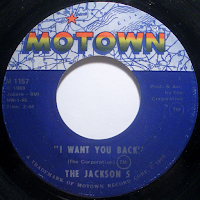 Can You Remember is a slow, melodic ballad of the sort that would come to typify Michael Jackson’s early solo career. Standing In The Shadows Of Love is a slowed-down, brassy and soulful cover of The Four Tops’ song. These lads could handle whatever was thrown their way, it seemed.

You've Changed is an impressive, punchy, brassy soul number that, although it is sung by kids, is not bubblegum pop - it is solid, Stax-y Memphis-influenced soul. It is a great, underrated, little-mentioned Jackson 5 gem. Southside Johnny no doubt loved this. Otis Redding would have done too, had he lived to hear it. It really is surprisingly good and credible too.

Stevie Wonder’s My Cherie Amour is covered efficiently enough with Jermaine on lead vocals and a nice percussion-driven backing. Smokey Robinson’s Who’s Lovin’ You sees Michael back on lead vocals that impressively match Robinson’s. The track has a slow, bluesy feel to it too, that is decidedly uncommercial. Chained was a Marvin Gaye song that featured Michael on lead once again. It is a solid slice of heavy soul. The Temptations’ (I Know) I'm Losing You is covered remarkably competently by Jermaine. Sly & The Family Stone’s anthemic Stand also proves no problem for Michael and his brothers. They are helped, undoubtedly, by the high quality of the musicianship behind them, but their performances are still incredibly good. Born To Love You, another Temptations number, gets the same admirable treatment.

Although three-quarters of this album was made up of cover versions, it was still a mightily impressive first outing and one that showcased a potential that would, as we all know, be fully realised very soon. 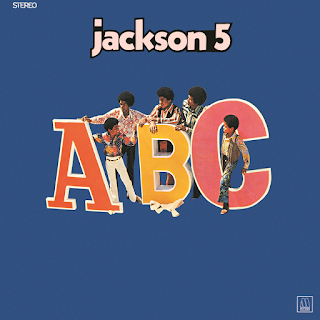 This, of course, is basically a fun, enjoyable teenage (almost sub-teenage) album. It is excellent, invigorating, effervescent quality Motown pop, however and should be assessed positively as such. It is simply an enjoyable half hour's listen that will put you in a better mood for the day.

The hit singles The Love You Save and ABC follow that bubblegum-ish formula, but they are classic infectious, singalong pop, as to is the similar One More Chance. 2-4-6-8 is another playground-inspired song to win over a young audience. 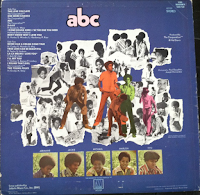 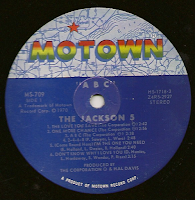 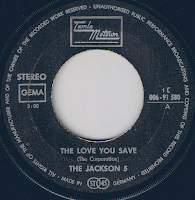 There is also some good soul material on here too - (Come Round Here) I'm The One You Need, Never Had A Dream Come True and True Love Can Be Beautiful. Michael could carry a soul song, even at such a young age. The cover of The Delfonics' La La Means I Love You is convincing and I'll Bet You is a surprisingly funky, horn-driven Temptations-esque number that is delivered in a mature style beyond their energetic years. Found That Girl has Jermaine on lead vocals and also has a solid soulfulness.

The sound quality is excellent too. Quality Motown stereo. 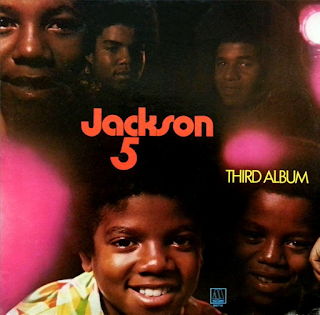 This third album for the brothers starts perfectly, with I'll Be There, possibly The Jackson 5's finest ever song. It is just the definitive Motown soul ballad. Michael's vocal is sumptuous. This album was a transitional one between the bubblegum, pre-teen pop of the first two to a group wanting to be taken seriously as a credible soul group. The Delfonics' non-Motown Ready Or Not (Here I Come) is covered superbly, packed full of soul.

Oh How Happy has Jermaine's deep voice on lead vocals on an appealing poppy number with some gospel undertones. This has been a great start to the album, but unfortunately, it is now time for the by now seemingly obligatory cover of Simon & Garfunkel's Bridge Over Troubled Water. All Motown artists did one. Actually, they do it well, with Jermaine on lead again and some super harmonies, but there is no need for it, really.

Can I See You In The Morning has some excellent fuzz guitar and funky wah-wah too. It sounds very Temptations, psychedelic soul-esque. Michael produces one of his first great, soulful vocals. Good stuff. This is a seriously underrated track. Going Back To Indiana is a lively, poppy piece of rocking soul. It has a killer guitar solo in the middle too. How Funky Is Your Chicken gets in on the whole Stax/Rufus Thomas Funky Chicken craze. The catchy Mama's Pearl was a big hit single, and is in the ABC/I Want You Back/The Love You Save upbeat, totally irresistible vein. Listening to it even now is just such a pleasure. It is full of youthful vigour and energy. 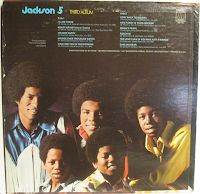 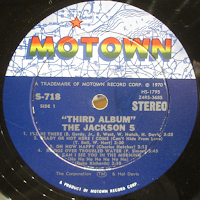 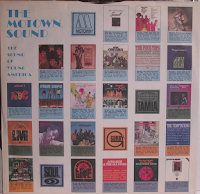 Reach In is a credible piece of adult-oriented Motown soul. The Love I Saw In You Was Just A Mirage is instantly recognisable as a Smokey Robinson song. Michael does it justice. Darling Dear, also a Smokey Robinson composition, is another acceptable soul number to end what is a most pleasurable half hour's listen. It is manages to be more than just a young teenagers' album, there is a nice balance between pop and more mature soul. Nice Motown stereo sound too. 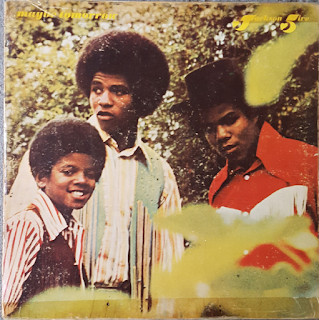 1. Maybe Tomorrow
2. She's Good
3. Never Can Say Goodbye
4. The Wall
5. Petals
6. Sixteen Candles
7. (We've Got) Blue Skies
8. My Little Baby
9. It's Great To Be Here
10. Honey Chile
11. I Will Find A Way
The incredibly prolific Jackson 5 and their production/muscian team, The Corporation, produced their fourth album in only two years with this more-of-the-same offering in 1971. This one is a bit more ballad-dominated than previous works, although there are still some typically lively numbers on here as well.

Maybe Tomorrow is a sweet, Delfonics-style ballad sung by the voice-cracking Michael while the already deeper-voiced Jermaine headed up the ballad She's Good. Never Can Say Goodbye (covered by various other artists) is almost made his own by a precocious Michael. He totally nails the vocals, in a higher pitch to Maybe Tomorrow, so it was probably recorded earlier. Maybe Tomorrow and Never Can Say Goodbye, both soulful ballads, were both come as singles, no doubt due to the previous success of I'll Be There.

The tempo ups a bit on the catchy, handclappy rhythm of The Wall. Check out that wonderful bass on here too. The whole song is classic early seventies Motown. Petals continues the archetypal Jackson 5 upbeat sound, it is instantly recognisable as them. Sixteen Candles, sung by Jermaine, sounds a bit dated, both as a song and in its production. It is a sort of late fifties rock'n'roll ballad with a touch of country about it. It was an old hit from 1957, apparently, and it definitely sounds like it. 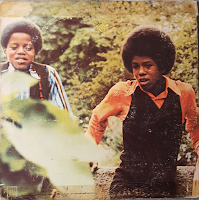 (We've Got) Blue Skies is tailor-made for Michael, being very similar to the material on his solo albums. My Little Baby, although a bit lightweight, is a pleasant funky-ish strings and bass number, with some groovy clavinet breaks and the brothers sharing vocals. It's Great To Be Here is a fetching enough slow-ish number but it suffers from a bit of a muffled sound. In fact, the whole album does, for some reason, especially in comparison with the excellent sound on their first album, for example.

Honey Chile is a fine song and was originally done by Martha Reeves & The Vandellas. I have to say that theirs was the superior version. The funky-ish I Will Find A Way, sung largely by Jermaine, was more typical Jackson 5 fare but I feel that this album was a bridging point for the group. Indeed, their next one would find them adopting a more soulful, mature sound. 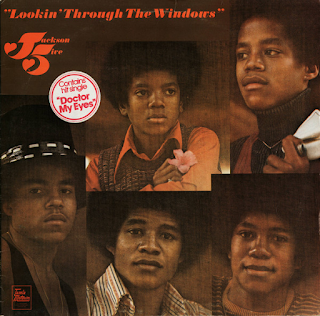 This was the album that saw child prodigy Michael Jackson's voice deepen and broaden in its range. It is a (comparatively) mature album, in that it is not completely aimed at the younger end of the teenage market. It is a pretty standard early seventies Motown album - a selection of original singles, some original album cuts, three covers and a cover of a song made famous by other Motown artists. The album has been re-released in superb seventies-style Motown stereo, which I love. The cover art shows the boys looking suitably "adult" and serious.

Ain't Nothing Like The Real Thing (Marvin Gaye and Tammi Terrell's 1968 hit) is covered excellently, making you not wish you were listening to the more familiar one, but able to appreciate this version. Lookin' Through The Windows was a superb, harmonious, catchy and soulful single, deservedly a big hit. Don't Let Your Baby Catch You, while being a bit of an ABC remake, also has some funky bass and wah-wah guitar on it beside that trademark bubblegum sound, hinting at the moves into more funky material that were to come over the next few years. Subtly, this was a bit of a transitional album. To Know is a delicious, slow tempo soul groove, with Michael's voice showing those slightly deepening tones. The bass and brass sounds are wonderful on here. 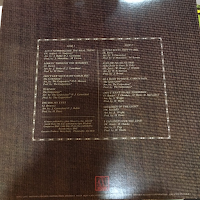 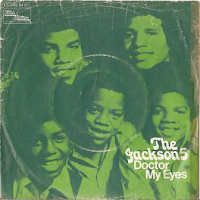 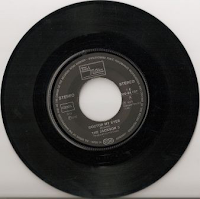 The boys' cover of Jackson Browne's Doctor My Eyes is a poppy but funkily rocking success. It also was a big hit single. Little Bitty Pretty One, a fifties cover, features all the boys on shared lead vocals and is vibrant, catchy and singalong. The appallingly titled Ee-Ne-Me-Nee-Mi-Nee-Moe (The Choice Is Yours) is actually an enjoyable enough piece of Jackson 5 fun, but it already sounds considerably more "retro" than the rest of the album's material, harking back to 1969-1970. If I Have To Move A Mountain finds Michael still in high voice mode on a syrupy ballad. I would put money that it was a track that dated from earlier sessions.

Don't Want To See Tomorrow has a Spanish introductory vocal and some Latin rhythms before it settles into a pulsating Motown groove. It has a great funky break in the middle too. Children Of The Light is such an early seventies, fun track. It is funny that I listen to this every now and again, dating back to when I was thirteeen/fourteen and Michael Jackson was the same age. Now he is long gone, and I am an ageing man. I do find it beautifully nostalgic, though. I Can Only Give You Love is a typical Jackson 5 number, all the brothers joining in and a really hooky refrain and rhythm. Good stuff.

Overall, as Motown albums go, this is certainly not a bad one, it is possibly superior overall to similar ones put out by artists such as The Supremes or The Four Tops from the same period.