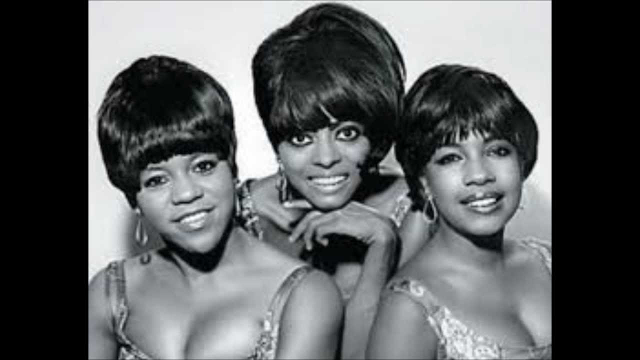 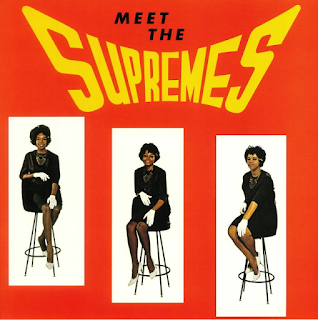 In 1962, the “Motown Sound”, as we came to know it, had not been developed, as such. What we had here was a mix of rock n roll ballads and fifties “doo-wop”, with a bit of early Atlantic soul thrown in there. This is an interesting bunch of recordings, historically, although anyone looking for the trademark Diana Ross & The Supremes sound will not really get it here. The original album, plus the many extras, feature the original four members, including Barbara Martin. What is clear is that of Martin, Florence Ballard and Cindy Birdsong, Diana Ross was by no means the outstanding singer. All the girls feature taking lead vocal duties in these recordings.

You get the original album in both MONO and STEREO. The stereo recordings are very good. More than that, they are truly fantastic. A revelation. I much prefer them, but then I am a confirmed stereo fan.

Highlights of the original album are the poppy Time Changes Things, the upbeat Latin groove of Let Me Go The Right Way, Your Heart Belongs To Me, Who's Loving' You, the innocence of He's Seventeen, and the amusing, funky rock n roll of Buttered Popcorn. Beware, though, it is not a Motown-sounding album in the well-known sense of the word. It is more a rock n roll-style ballads album. A track like Baby Don't Go is an example of this - fifties-style vocals and lyrics. Slow percussion and a saxophone in the background. Absolutely crystal clear sound in this one though. Check out those cymbals! Never Again is a similar example. It is a rock n roll ballad, as opposed to Motown.

The "EXTRAS" feature many tracks that do not feature on the original album, and some good ones too - Hey Baby, The Boy That Got Away and Too Hot stand out, plus a run of four stereo versions of previously unreleased tracks. All of which in are excellent sound quality, for 1962. You Can Depend On Me has a bit of a scratchy sound, however, but it is raised up by what appears to be an electric violin solo.

The LIVE cuts from the “Battle Of The Bands” is a most interesting inclusion, and this is where we see (and hear) Diana Ross staking her claim for the number one spot with an all out vocal attack on Run Run Run, where she displays a real soul growl to her voice not often heard. Diana was going for it. After the song you can hear her gasping for breath. Standing At The Crossroads Of Love is a fifties-style tube, but check out that bass line and a bit of a hint of Motown drums and percussion. Great stuff. Then they do an excellent Anyone Who Had A Heart. These live cuts are most enjoyable. Amazed at the sound quality. I cannot stress it enough. Full, warm and bassy. Again, just listen to Diana giving it some on Let Me Go The Right Way. She owned that stage. No diva stuff, just a young girl with fire and soul in her belly.

When The Lovelight Starts Shining Through His Eyes is when we hear THAT Motown sound for the first time. Wonderful. 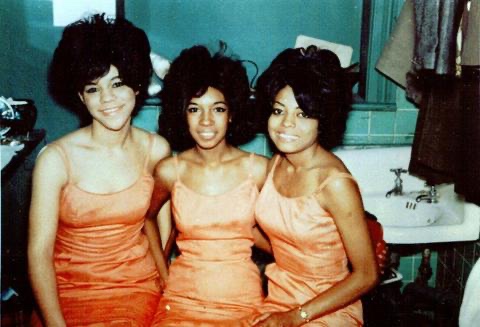 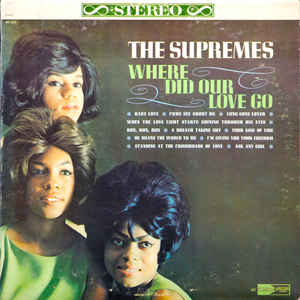 1. Where Did Our Love Go
2. Run Run Run
3. Baby Love
4. When The Lovelight Starts Shining Through His Eyes
5. Come See About Me
6. Long Gone Lover
7. I'm Giving You Your Freedom
8. A Breathtaking Guy
9. He Means The World To Me
10. Standing At The Crossroads Of Love
11. Your Kiss Of Fire
12. Ask Any Girl

This review is for the download of the Hip-O-Select remaster with additional bonus and live tracks. Firstly, the sound on all of these releases (Meet The Supremes; I Hear A Symphony; this one and Supremes A Go-Go) is absolutely superb. With all of them you get both the MONO and STEREO versions of the original album plus a further CD's worth of "extras" - unreleased material and live cuts. As a confirmed stereo man, I much prefer the stereo versions. They are simply wonderfully remastered. As good as I have ever heard this material.

The original album contains Supremes gems in Where Did Our Love Go, the massive hit of Baby Love and the upbeat, insistent Come See About Me. Also the underrated and singalong When The Lovelights Starts Shining Through His Eyes, the jaunty Run Run Run and Ask Any Girl.

The "EXTRAS" material is largely of a good sound quality, although there are a few "scratchy" recordings. Highlights are a previously undiscovered gem in the brooding, bluesy My Imagination, with its Animals-style organ which certainly does not fit the Motown three minute song blueprint; the soulful ballad Let Me Hear You Say I Love You; the Motown pop of Penny Pincher and Send Me No Flowers and the Drifters-esque You're Gonna Come To Me. If some of these tracks had been released as an album, it certainly would not have been what was expected of the "chart act" that The Supremes were becoming. It would have been a somewhat serious soul album.

The LIVE cuts at the end see the sort of live act that The Supremes were destined to become - a "cabaret" act, unfortunately. 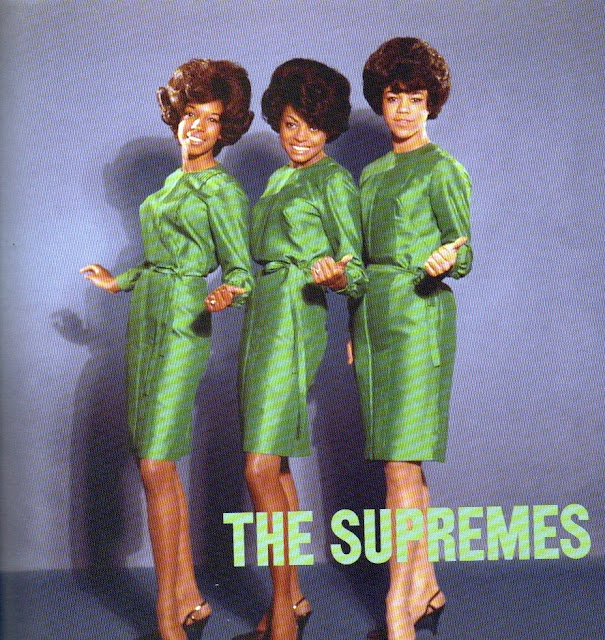 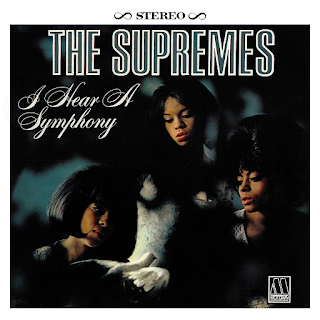 This review is for the download of the Hip-O-Select remaster with additional bonus and live tracks.Firstly, the sound on all of these releases (Meet The Supremes; Where Did Our Love Go; this one and Supremes A Go-Go) is absolutely superb. With all of them you get both the MONO and STEREO versions of the original album plus a further CD's worth of "extras" - unreleased material and live cuts. As a confirmed stereo man, I much prefer the stereo versions. They are simply wonderfully remastered. As good as I have ever heard this material.

With regard to the original album, musically. It is certainly not their best. The two great singles, I Hear A Symphony and My World Is Empty Without You are surrounded by covers of songs like Yesterday, Unchained Melody and "songs from the shows" like Stranger In Paradise. All massively orchestrated, especially Rodgers and Hart's With A Song In My Heart - nothing of the "Motown Sound" in many of them. People expecting the Funk Brothers' pounding backing will be disappointed by the saccharine nature of some of the tracks on this album. It seemed the thing to do in the mid 1960s for groups to record great singles and spend the rest of their time recording tributes to The Beatles and covering easy-listening standards. This changed a little with Love Child in 1968, but that was still three years away. The cover of The Toys' gorgeous A Lover's Concerto is excellent though. Diana's voice on this almost has me in tears. Lovely. Any Girl In Love (Knows What I'm Going Through) is a return to the Motown Sound to a certain extent and stands up well, as does Everything Is Good About You with its classic Supremes sound. He's All I Got ends the album on a real Motown/Northern Soul high note, thankfully. The second half of the album is far more enjoyable.

This album is too much of an "easy listening" one for my liking though. One could imagine the older generation in the mid-sixties liking this. Maybe that was the intention.

The "EXTRAS" are mainly LIVE cuts from a gig at "The Roostertail" in Detroit from 1966. The sound, for a live recording from 1966, is excellent. That's as far as it goes for me though. The venue seems to have been an "entertainment" style place - eating, sitting at your table and drinking while the group entertain you. It is positively awful. The worst example of a fifties/sixties "cabaret" performance. A "house band" or should I say an orchestra who back every song in a big band/showband style. All the Motown oomph of a song like Come See About Me is backing saxophoned and stringed out of it. Ditto Baby Love with its truly appalling improvised intro, You Can't Hurry Love and Stop! In The Name Of Love. In between we get covers of contemporary easy listening standards like Jody Miller's Queen Of The House and The Beatles' Yesterday and Michelle and Diana's woeful attempts to joke with the audience. The Band Introductions and You're Nobody Until Somebody Loves You is truly cringeworthy. Unlistenable. You had to be there, I guess!

The sound is great and it has a historical interest but there are better ones. Supremes A Go-Go, for example. 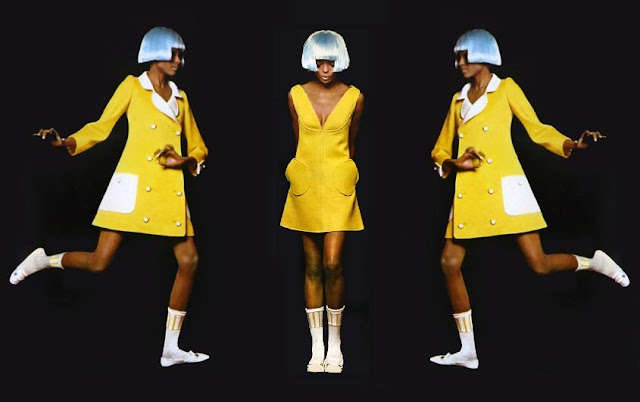 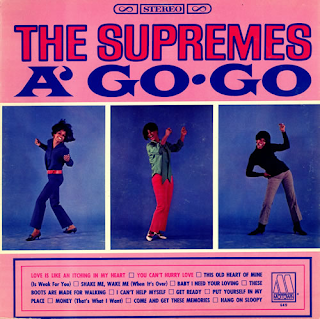 This is an absolute treasure of a release.

Firstly, you get the original 1966 release in MONO and then, beautifully, in STEREO. However the real appeal here lies in the many EXTRAS included. Diana and the girls run through their versions of several other Motown classics - Heat Wave; What Becomes Of The Brokenhearted; Get Ready; It's The Same Old Song; Can I Get A Witness; Put Yourself In My Place; This Old Heart Of Mine; Uptight; Money; Shake Me Wake Me (When It's Over); Mickey's Monkey and The Contours' Northern Soul floor filler Just A Little Misunderstanding. Their versions are excellent too. A real refreshing delight to listen to. Some of these tracks are also on the actual original album but the alternate versions are, if anything even better, often slightly extended with more vocal improvisation.

Also present are belting covers of The Rolling Stones' Satisfaction, Tom Jones' It's Not Unusual, Dylan's Blowin' In The Wind and Burt Bacharach's What The World Needs Now Is Love. All of them stand up well, despite the classic status of the songs.

There are also two killer extended cuts of Love Is Like An Itching In My Heart and alternate mixes of In My Lonely Room and He's All I Got (which appeared on the previous album I Hear A Symphony).

The STEREO remastering is just gorgeous, the bass pounding out of of one's speakers like a punch in the stomach. Just listen to the intro to This Old Heart Of Mine. Diana's vocal over that Motown sax. Beautiful. The Funk Brothers at their powerful, driving but melodic best.

A long overdue release and a rewarding listen. 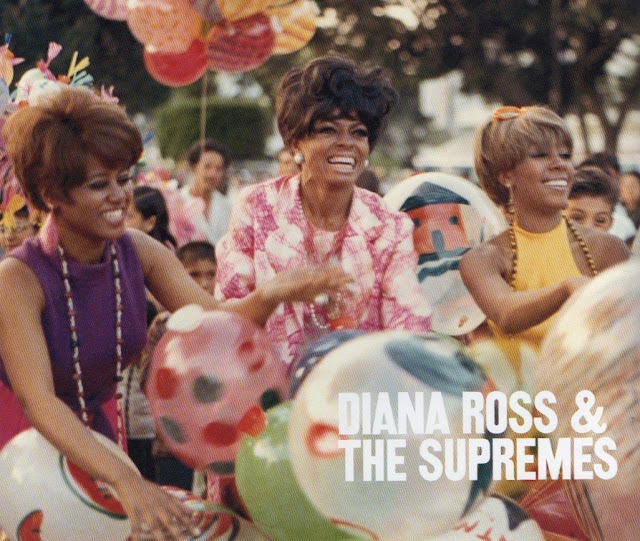