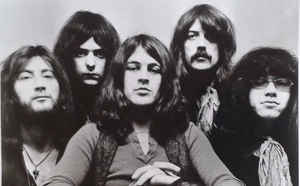 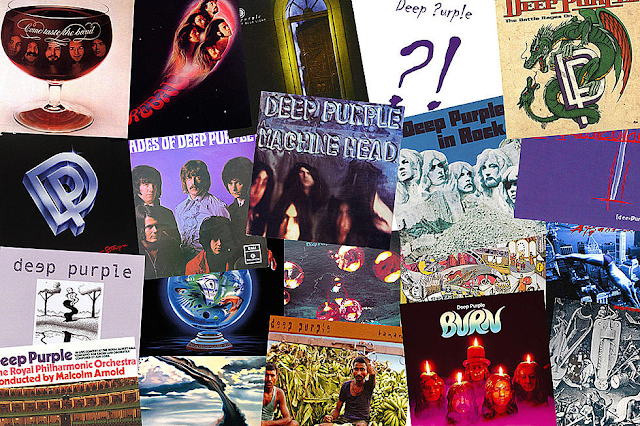 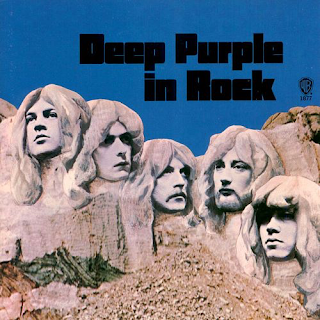 Deep Purple were a heavy rock band influenced by blues, rock n roll and, at times classical music. They were not as bluesy as Led Zeppelin, but they were rockier in places and their music was based a lot around keyboardist Jon Lord’s swirling organ riffs. As a teenager in the early 1970s, I despised Deep Purple and the boys who carried their albums around under their arms at school all day long, for no other reason than to show what great musical taste they had (or didn’t have in my opinion). Preferring Mott The Hoople and David Bowie, I found Deep Purple’s long-haired heavy rock posturing tiresome, even at such a tender age. However, time has proved to be a great healer, and by my thirties, I re-assessed them, favourably. 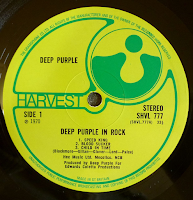 Child In Time is classic Deep Purple - ten minutes long, featuring changes in mood, vocal screaming, guitar solos, organ riffs. It was everything an old punk like me hated, but listening to it now, you have to say it is damn good. All five members come to the party, and how. It defines the genre, before Smoke On The Water would do so even more a couple of years later. Flight Of The Rat includes both a drum and an organ virtuoso part, what once seemed like indulgence now seems like great musicians enjoying themselves. Who am I to criticise it? So I don’t. I just let it rock. This is seven minutes of bona fide virile rock, essential stuff. A band who knew what they were doing at the top of their game. Jon Lord’s madcap organ solo is something to behold. Then Ritchie Blackmore comes in with some killer guitar. He even gets a bit funky at the end, in tandem with the drums. Fair play to them, very few did this sort of thing better, if any.

Into The Fire is a chugging, clunky slow paced drum-heavy broody rocker, with some pretty predictable riffs. Nothing special but you can never dispute Purple’s sheer power. Nice guitar solo in the middle though. Living Wreck has an excellent, almost funky drum and guitar intro and a rousing Gillan vocal. The guitar parts are addictive. One of my favourites on the album. “You said you were a virgin..full of promise and mystery..” sings Gillan.  Never mind Ian. I’m sure you got over it. Seriously, this is a great track. A surprising rhythm to it.

Hard Movin' Man has a stonking organ intro and has Gillan back on tight-trousered vocal wailing over that similarly wailing keyboard. Compared to the previous track this is far more classic Deep Purple. Some great instrumental passages, including some manic stereo-separated guitar at the end. 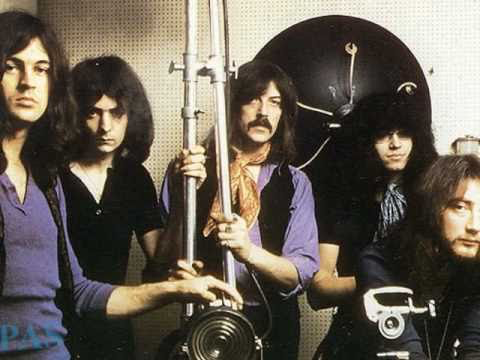 Some editions include the single, Black Night, which was a catchy number with one of those singalong guitar riffs.

In conclusion, a listen to this every now and again is certainly not a bad thing. 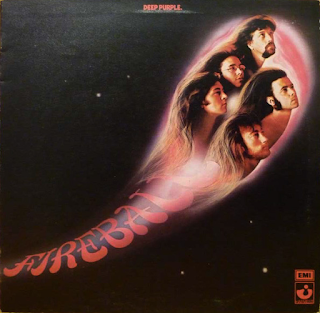 Despite some critics, particularly at the time, condemning this album for not being as full on rock as In Rock (probably because of the incongruous presence of Anyone's Daughter), there is still bucketloads of classic Deep Purple rock on here.

The opener, Fireball, is crammed full of wailing vocals from Ian Gillan, crashing guitar riffs and Jon Lords's trademark madcap, swirling neo-classical organ all over the place. No No No is more head-down chugging riffy rock, as indeed is the bluesy, industrial power of Demon's Eye. Classic heavy rock, however you want to look at it. Turn it up and tell yourself it doesn't rock. Thought so, can't do it. It has a killer organ solo in it too, as is pretty much par for the course.

Then, of course, there is the notorious Anyone's Daughter, which had fans all of a tizzy when they heard it on the radio, horrified that the Purple had gone all "Led Zeppelin III" with this stompy piece of uncomfortable-sounding folk-influenced semi-rock. Its lyrics lampoon the innuendo-laden fare that the band usually serve up, and it contains not a little tongue in cheek humour. Yes, it doesn't really sit easily with the rest of the album, but it is not that bad, really. 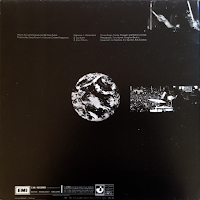 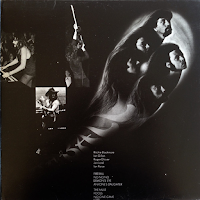 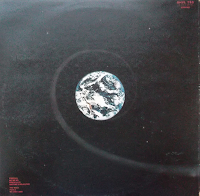 The Mule is a fantastic vehicle for each member's finest playing. Ian Paice's drums are excellent on here. While being a powerful drummer, in my view he has more subtlety, on occasions than John Bonham, with whom he was invariably compared. As a teenager in the early/mid seventies, I hated this stuff, preferring my glam rock, Bowie, Roxy Music and Mott the Hoople. In later years, however, I have got into it somewhat, acknowledging that these guys could play, for sure. A fugue-like, churchy organ introduces the eight-minute Fools where Purple leave their bluesier roots behind for a while and go a bit "progressive". The track is indulgent, to an extent, but it contains some serious rock power. Just check out the bit a couple of minutes in when the guitar and drums kick in properly for the first time. Yes, it goes a bit "proggy" in the middle, but what the hell, I still like it.

No-One Came is just sheer Purple power, six minutes of muscular, thumping heavy bluesy rock. There is more superb organ and huge riffage in this track. Deep Purple. They are what they are, nobody did this sort of thing as well as they did. This was actually a really good album, in my view anyway. In many ways, I find it more polished than In Rock and it definitely has a better sound quality. The well-known non-album single, the catchy Strange Kind Of Woman is included on the latest remaster, as is the excellent, frenetic 'b' side, I'm Alone. 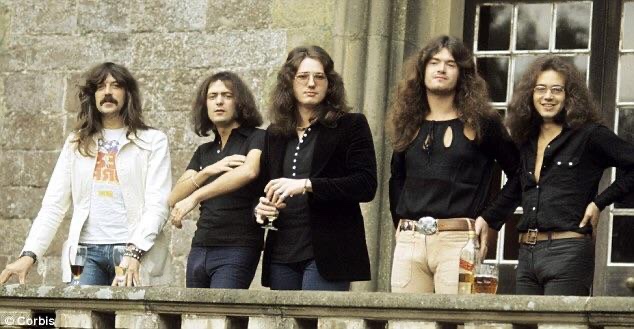 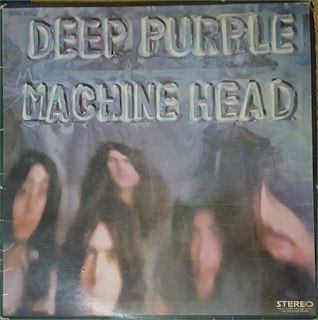 There were four truly classic Deep Purple albums - In Deep (1970); Fireball (1971); this one from 1972 and Burn from 1974. This is possibly the most popular and, in many ways, is the band at their absolute peak. The band were all about huge drums, mighty guitar riffs, wailing vocals and frenetic, church organist gone crazy keyboards. They were the best at what they did - big heavy, clunky, bluesy, powerful rock in its most essential form.

The opener is an absolute killer, Highway Star and features one of the best organ vs guitar battles in rock history as Jon Lord and Ritchie Blackmore trade riffs. The song never lets up from its furious tempo and Ian Gillan's vocal is one of his best. He was one of the great heavy rock vocalists, without question. At the time, I was a teenager into glam rock, David Bowie, Roxy Music and Mott The Hoople and I have subsequently learnt to love Deep Purple, but even then I remember borrowing this album from a friend and loving this dynamic track. Some may find Maybe I'm A Leo a tad plodding, but it has a solid bluesy thump to it that I find pretty irresistible. Pictures Of Home is a bit "proggy" in its stylings at times, but this is blown away by the pounding drums and searing guitar solo half way through. When Purple hit those drum/guitar/organ interplays there is no-one to match them of their kind. Just check out the bass solo on this one too. Phenomenal. 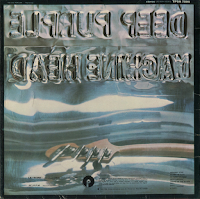 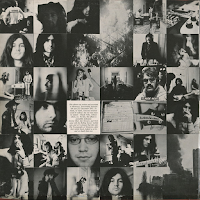 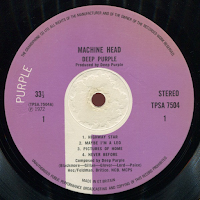 Never Before starts with some rhythmic but muscular drums and an almost funky guitar intro before we get a classic Gillan vocal - "my woman, a bad woman...." in true seventies, long haired, be-denimmed style. Then, of course, there is the iconic Smoke On The Water with that riff that has inspired ten billion plus air guitar poses. Apart from the riff, I have always loved the percussion on it, and Jon Lord's punchy, swirling organ. Gillan's vocal is peerless, it goes without saying. A true classic of its genre. It is still loved by many all these years later. There really is nothing better. The sound on this latest remaster is breathtakingly powerful.

Lazy starts with Jon Lord doing his mad church organ thing, like a demented professor of music before the band kicks in and Gillan's bluesy vocals don't arrive until after four and a half minutes. Some blues harmonica joins in and we get the purest bit of blues rock from the band on the album. Space Truckin' is a glorious, riffy closer with Ritchie Blackmore commanding the whole thing from beginning to end, driving a stake into one's heart. This is, without a doubt, one of the finest hard rock albums of all time. A fine example of its genre. 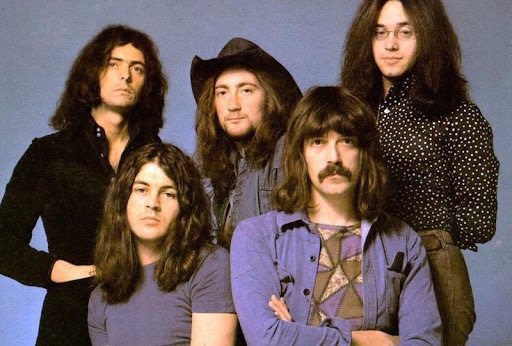