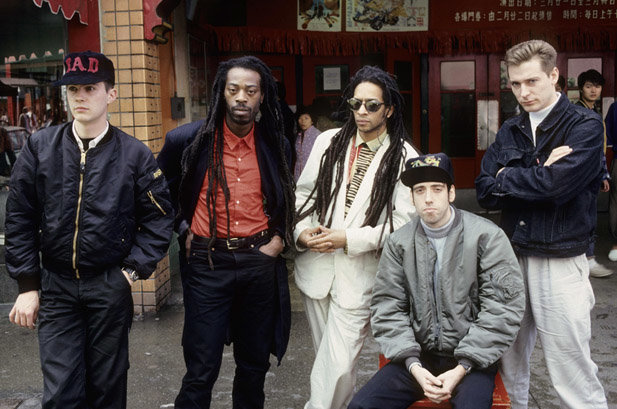 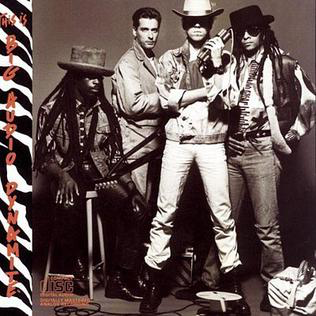 Big Audio Dynamite were guitarist/songwriter Mick Jones' post-Clash band. They were an interesting mix of contemporary hip/hop rhythms and vibes with Jones' rock sensibilities and impressive ear for a hook and a melody. He was also an excellent lyricist with a knack for a witty line or two. Jones and co-former Don Letts loved sampling classic movies and their albums are crammed full of sampled quotes from all sorts of films. This made them quite a unique band and always a pleasure to listen to.

Other musical influences were reggae, dance and funk which, together with a few nods to Jones punk background and also to classic pop made for an interesting cornucopia of sounds.

The album's opener, Medicine Show, is packed with the afore-mentioned samples, mainly from The Good, The Bad & The Ugly and it features an absolute killer guitar riff from Jones.
As always with Jones, there is plenty of gentle humour in his lyrics and this is also clear in Sony, a song about  the seemingly unstoppable Japanese technological advances of the time - “soon we’ll be known as “Great Japan”, just like they are in Great Britain” -  and in the riffy, infectious E=Mc2 with its witty references to Einstein's famous theory. 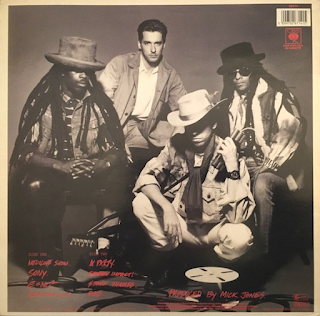 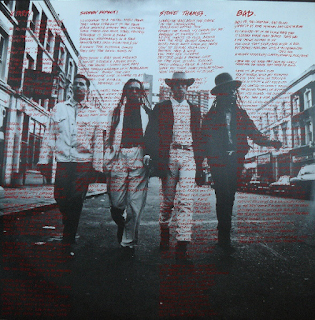 The Bottom Line is a stop-start rocker with yet another great riff and hook, as is the heavy, but rousing Bad.
Stone Thames, about the AIDS epidemic, the rap-influenced A Party and Sudden Impact are all of a high standard too. All of these tracks are blessed with wonderful hooks and entertaining lyrics. Jones really was a most underestimated musician and songwriter and, combined with Letts' rootsiness, they really had something.

Funnily enough, though, of the four great albums that Big Audio Dynamite in their original (and best) line up released, this is my least favourite. I feel they got even better after this although this was by far their most successful album.

For some inexplicable reason, they sort of went downhill, commercially, from here, which was strange as the next three albums were excellent. 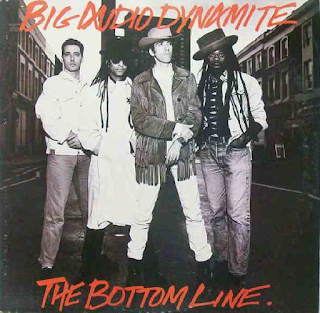 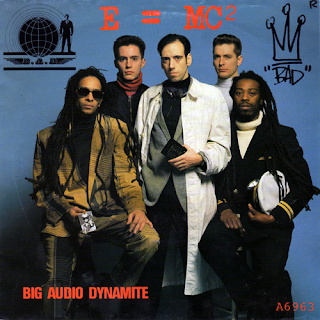 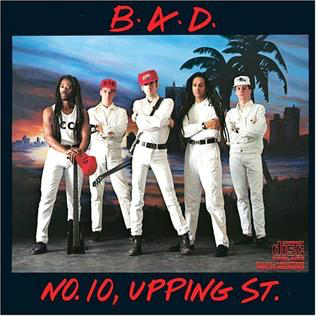 After a successful debut album, ex-Clash guitarist Mick Jones returned with an even better album with his new band. Once again, it is an interesting mix of musical influences and is full of what were vast becoming their trademark - plenty of movie and musical sampling. It is one of my favourite eighties albums, a positive oasis in a comparatively arid time for music. For me, too, it is slightly more appealing and effective than the band's debut album. The samples are more plentiful and used rally well.

On this album, Mick Jones re-united with his old Clash mate Joe Strummer. From the upbeat, hip-hop influenced opener C'mon Every Beatbox, through the nostalgic, sensitive Beyond The Pale (about Jones' grandparents and their emigration to the UK from Russia) to the fast paced, dance-style Limbo The Law and the Brazilian strains of Sambadrome, complete with authentic football commentary, the old "side one" is impressive. The presence of Strummer seemed to be bringing the best out in Jones, and vice versa. 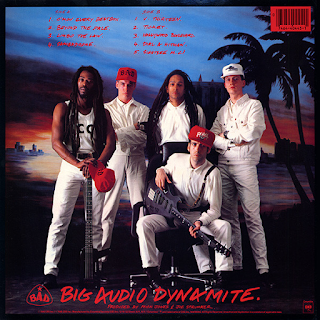 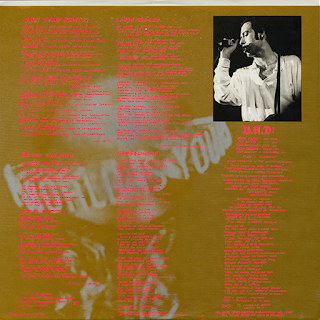 The next batch of songs are just as good - the melodic V Thirteen, the slightly clumsy but equally humorous Ticket and the laid back grooves of Hollywood Boulevard, with its references to Errol Flynn and Oliver Reed, and Dial A Hitman both of which are highly amusing in places, lyrically, and the closer, the urgent, punchy Strummer vibe of Sightsee M.C.. Good stuff all round. It sounds a tiny bit dated now, but not enough to seriously detract from its merits. In a way, it could be possibly be how The Clash would have sounded by 1986, had the most successful line up stayed together. For me, it is a better album than Combat Rock, by far. 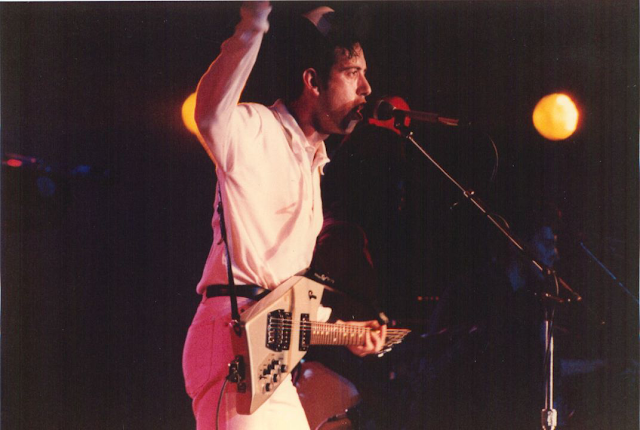 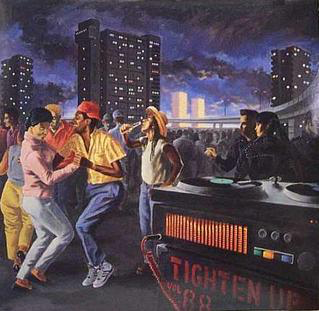 This is possibly Big Audio Dynamite's best album. Another intoxicating mix of hip/hop, rock, reggae, punk, pop, funk, dance and multiple samples, it is totally urban West/South London album, even down to the cover (painted by ex-Clash bassist Paul Simonon). It is full of references to places like Ladbroke Grove/All Saints Road and Brixton's Granville Arcade/Bon Marché (pictured). Jones even references the mainly underground Effra River . 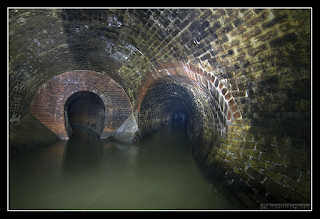 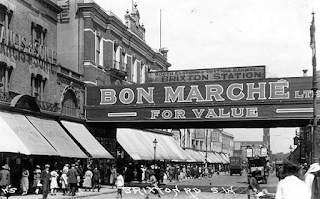 This is possibly the most melodic and catchy of the BAD albums - some great songs on here and really appealing melodies - particularly the baleful Other 99, the most entertaining Funny Names, the realism of Applecart, the newspaper horoscope-inspired Mr. Walker Said, the rousing Just Play Music! - all of these stick in one’s head for a long time. All of them are hook-laden, addictive and incredibly catchy.
Mick Jones had a real pop sensibility in his compositions. The laid back urban reggae and afore-mentioned lyrics about Brixton and South London landmarks on Tighten Up Vol. 88 are really evocative for anyone who knows that area, as is the "rock meets hip hop meets reggae" tour de force that is The Battle Of All Saints Road. This is a rousing, magnificent track. 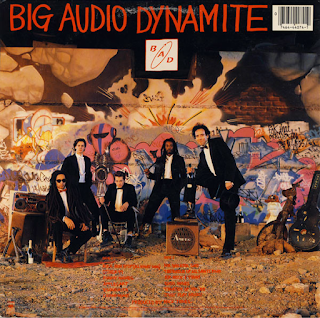 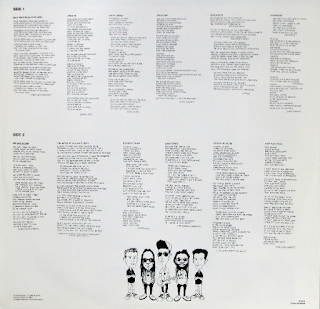 The rockabilly-influenced Esquerita is also fun as is Champagne. 2000 Shoes is, unsurprisingly, about Philippine “first lady” Imelda Marcos's passion for shoes. Again, Jones' appealing wit is highlighted in these songs.
Hip, Neck And Thigh is equally appealing and Rock Non Stop (All Night Long) is a fine, chunky, punchy opener. An excellent album throughout, full of atmosphere and simply great songs. I love it, even all these years later. 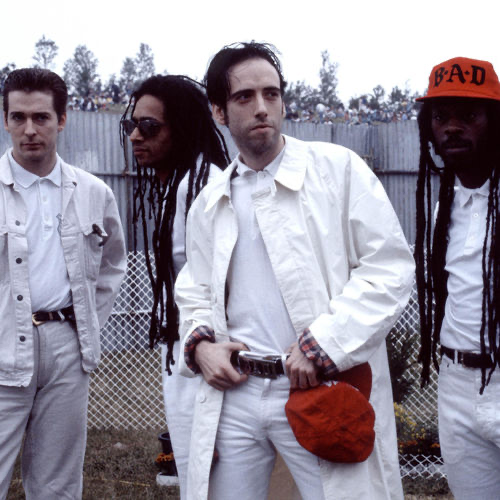 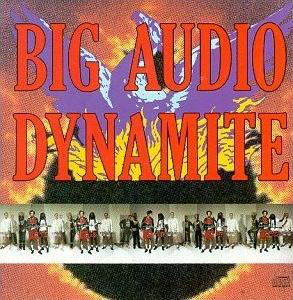 In many ways, this is the most impressive of the four albums from the original Big Audio Dynamite line-up. Using samples from movies and other songs even more this time, the album plays as one continuous whole and damn good it is too.

Personal highlights are the catchy Rewind, the similarly attention-grabbing Union, Jack, the atmospheric Dragon Town (about London’s Chinatown), the pumping House Arrest (about the current house music scene), the equally punchy The Green Lady (which tells of an Asian beauty living in a London council flat) and the infectious, evocative London Bridge. 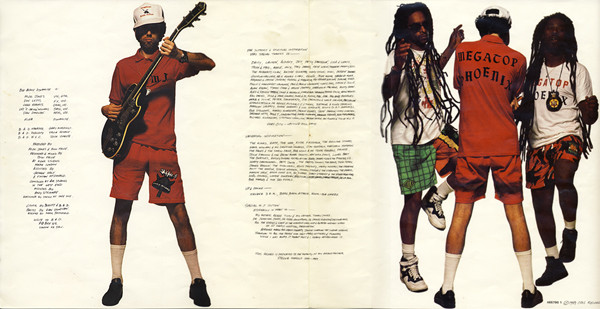 That old Mick Jones tongue in cheek sense of humour is back in Around The Girl In 80 Ways. However, this is not to denigrate any of the others, they are all excellent, particularly the funky James Brown.

The samples are so many that I feel they need listing! Here are some of the samples used:-

Start – Opening moments of Powell and Pressburger's A Matter of Life and Death.

Rewind – Much of what is being tape-rewound during the latter part of the song is from Stalag 123; Mr Custer by Charlie Drake.

Union, Jack – Rule Britannia, Charlie Watts' drum opening from The Rolling Stones Honky Tonk Woman, Shakespeare's Richard II, "You wouldn't know Karl Marx from a toffee apple" – from the film Britannia Hospital and "Heritage in motion" etc. from The Knack ...and How to Get It.

Contact – Brief use of the main riff from I Can't Explain by The Who. 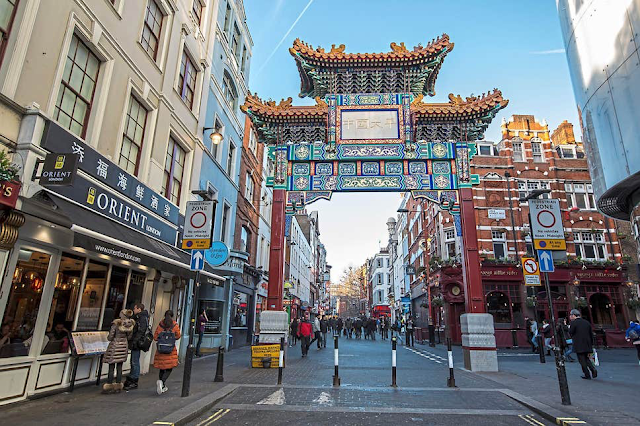 Is Yours Working Yet? – Alfred Hitchcock.

Around The Girl In 80 Ways – Right Said Fred by Bernard Cribbins.

James Brown – Living in America by James Brown. America from West Side Story.

Mick's A Hippie Burning – Digging A Hole, again by Bernard Cribbins, and Withnail and I.

The Green Lady – Snippet of instrumental break from S.F. Sorrow Is Born by The Pretty Things.

In conclusion, the sheer diversity of this album, musically, lyrically, and in the myriad of samples used it has to be considered Big Audio Dynamite's finest album. I have a personal liking for Tighten Up, Vol. 88, but this is possibly the more fulfilled piece of work. It is a shame that this would prove to be their last truly great moment. The band line-up changed after this and the quality was never the same. Those first four albums, though, were seriously good. 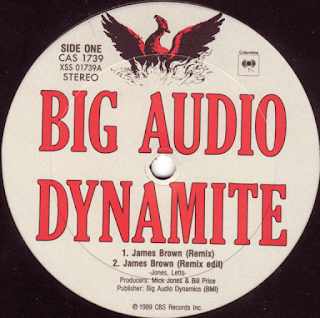 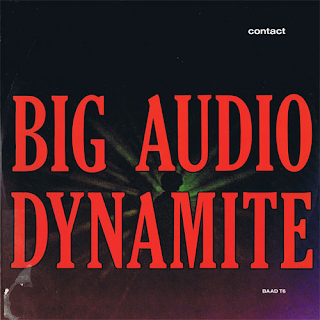