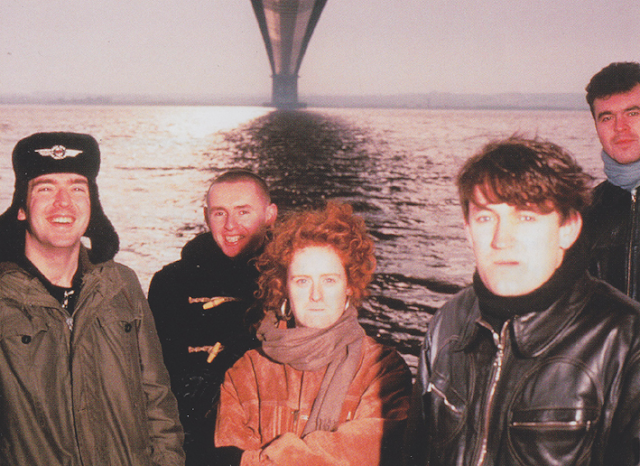 Welcome To The Beautiful South (1989) 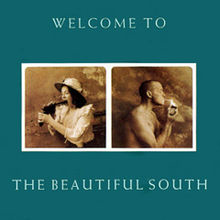 Superb, quirky debut album released in 1989 by The Beautiful South, with its sometimes baffling lyrics - sad, funny, tasteless, cynical, tongue in cheek, heartbreaking. Rather like the character of band “leader” (disputed), Paul Heaton - a Morrissey-like amalgam of conflicting moods and behaviour patterns. A character virtually impossible to predict, analyse or second guess. At times I admire him greatly. At others I find him an insufferable whatever.

Similarly, the band’s music is impossible to categorise. I can’t even begin to do it. Just as many of the band’s members are somewhat faceless, some of the music just sort of washes over you. 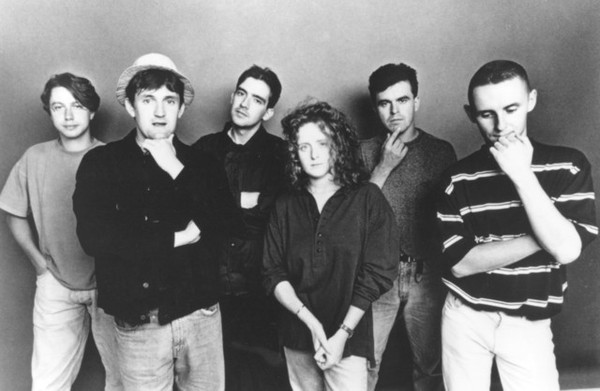 There are some lovely songs on here though - the impossibly catchy Song For Whoever, the plaintive I'll Sail This Ship Alone, the cod-funk of Girlfriend and the frankly perplexing Woman In The Wall with its lilting, South African influence.

Quite an impressive first outing. A remastering is long overdue. Only on compilations will you find any of The South’s material in remastered format, which is a shame. 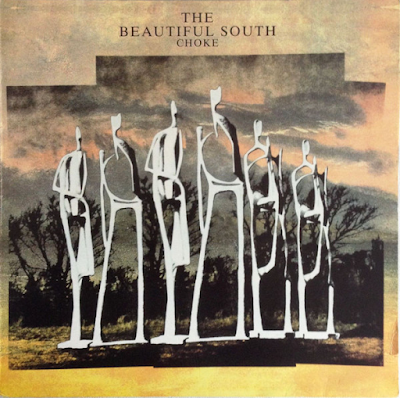 The Beautiful South, after a critically-acclaimed debut album that saw them hailed as the equal of The Smiths in the love/hate sardonic/cynical/Northern down-to-earth wit stakes, found themselves facing a bit of a backlash with this follow-up. As is often the way with witty, observational artists, they pretty soon get condemned for being “too clever”, “pretentious”, “smug” or “too cynical”. This was a bit of a shame, because there is some uniquely impressive material on here. Singer and leading light Paul Heaton, however, one suspects, loved the fact they were getting people’s backs up. It was in his DNA. I have loved the guy’s lyrics and vocal delivery for nearly thirty years, yet I probably wouldn’t want to spend more than thirty minutes in his company.

The typically-catchy Tonight I Fancy Myself is full delightfully dreadful images in the lyrics and a barrel-full of wry wit. Similarly, My Book has a punchy, Motown-ish beat to it and some great lyrics, like these:-

“This is my life and this is how it reads
A documentary that nobody believes
Albert Steptoe in "Gone with the Breeze"
Mother played by Peter Beardsley, father by John Cleese…”

Let Love Speak Up Itself is melodic, beautiful, sad and cynical all rolled into one. Heaven knows what it is about, it seems dark and disturbing, but its delightful strains once aain make one forget all about the lyrics in an odd way, but then that sadness comes back again via Paul Heaton’s plaintive, lamenting vocals. This was a unique thing The Beautiful South were able to inspire as you listen to them. Sadness and joy simultaneously. The final vocal and brass solo is sumptuous. Heaton ends up sounding like a high-pitched Northern Otis Redding.

Should've Kept My Eyes Shut has a lovely vocal from Brianna Corrigan and a huge punchy brass riff. The orchestration and vocal tone when she sings “and she’ll choke…” is just so moving. Nobody did beautifully sardonic songs like The Beautiful South. So many of their songs just make me feel terribly sad, despite the often irresistibly poppy melodies. Even the very short and plaintive Lips has the same effect.
I've Come For My Reward has more of that Motown-influenced beat. I Think The Answer's Yes is a glorious piece of South-ism with name-checks for “poor old U2” and “poor old Simple Minds” - already condemned as washed-out old dinosaurs.

The big hit single, featuring the iconic (for me anyway) voice of Brianna Corrigan was A Little Time, another masterpiece of anti-love in a song. The quality of songs drops off a little after this, I have always found, none of Mother's Pride, I Hate You (But You're Interesting), (which sounds like something off Lou Reed's Berlin) or The Rising Of Grafton Street have done much for me. The first eight songs, though, are classics of The Beautiful South’s own unique genre. The first three Beautiful South albums are notable for all ending with two mediocre, almost throwaway tracks, which is a strange thing.

This album is in dire need of a remastering, though. It sounds very thin, muffled and tinny, comparatively. Listen to My Book from the Carry Up Up The Charts compilation, much better. Why can't they do this to the whole album? 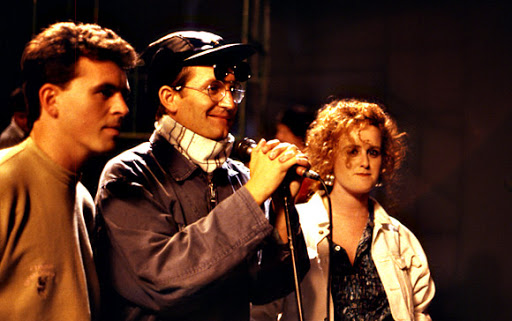 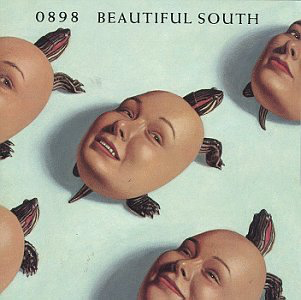 The Beautiful South were a strange entity. For some reason, I don’t view them as I do any other group. They are certainly not a “rock” group. They weren’t soul. They weren’t post punk. I honestly do not know how to categorise them. They were totally unique. I can’t really express what I want to say very well, but they certainly were a one-off. Eschewing traditional rock musical cliches, they had a subtle, melodic, light sound, full of evocative piano, gentle acoustic guitars, sensual organ, occasional big brass punchy parts. On the whole, though, the music and three-part vocals (on this album from Paul Heaton, Dave Rotheray and Brianna Corrigan) is subtle, tuneful and light. You would expect, therefore, celebratory, good-time pop songs. You get that, musically, but lyrically you get something much darker. Cynical, sardonic songs about the human condition, traditional life, politics. All of those populate their songs, but beneath that there is still always a real sensitivity and compassion. You did get the impression, though, that Heaton, in particular enjoyed dressing up what were often ghastly lyrical tales in irresistible pop melodies. The group were also utterly faceless too. Apart from Paul Heaton and Corrigan, I can’t remember any of them. Their image and dress was decidely ordinary. Not their songs, though, they were special.

36D is a melodic, infectious and movingly cynical song about sexual objectification. The piano, bass and guitar are perfect, as is the brass when it kicks in on the chorus. As always, Paul Heaton’s voice has a vocal just packed full of plaintive pathos, despite its meanness, at times - “close your legs, open your mind…” is the first line. Despite the poppy melody, Heaton turns every song into a biting issue.
Old Red Eyes Is Back, about a sad old alcoholic has him at his most compassionate, though, even though the song is a critically observational one. The thing about The Beautiful South is that if you start to get a bit downpressed by the relentlessly sombre subject matter, such as on the suffocating We Are Each Other, you can, as on that song, lose yourself in the delicious poppy tune. That is why they were such a schizophrenic group.

The catchy, poppy theme exists on The Domino Man, which is a jaunty, singalong number with some excellent brass and We'll Deal With You Later has the same punchy vibe to it and a great piano riff.
You Play Glockenspiel, I'll Play Drums is a captivating, almost funky number, with an intro very similar to Billy Joel's All For Leyna.
When I'm 84 is an infectious and wryly amusing look at ageing. It also has a funky break in it. Here It Is Again has a deep, rumbling bass intro and some tinkling piano before an insistent vocal rides over one of their rockiest songs, full of rolling drums and cutting guitar interjections (yes).
I'm Your No. 1 Fan is an upbeat duet between Heaton and Corrigan. Something That You Said has a moving harmonica intro and one of those classic heartbreaking, but vaguely disturbing Heaton vocals and then Brianna Corrigan joins in to what is a most dark duet.

Bell-Bottomed Tear has Corrigan at her most fragile and vulnerable-sounding. The pathos drips from this song like the tears of the title. “This is the woman you laid…” she laments, staring off into the distance, like Cathy in Wuthering Heights. It is a shame she disagreed with Heaton about the subject matter in some of his songs and left the group one album later, because she got it so right. She was, undoubtedly, the group’s best ever female vocalist. The Rocking Chair is just tear-jerkingly beautiful, when she sings “Am I skinny, a shade too fat, my friend the cat knows all about that…” it just moves my soul. Not sure why, just something about her plaintive delivery. I simply love the song.

This album was Brianna Corrigan’s album, if you ask me. (although it is clearly Heaton's masterwork, let's be honest). Her finest three-quarters of an hour, even though she only sang on two songs - Bell Bottomed Tear and The Rocking Chair. These are the two which forever stick in my mind. The sound is 100% better than on Choke as well, thankfully. 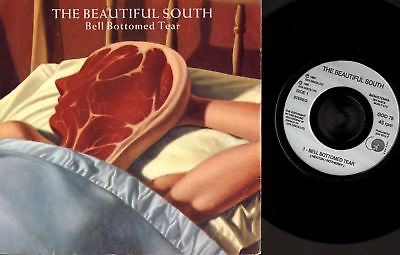 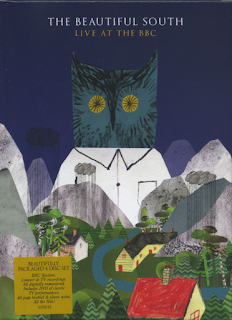 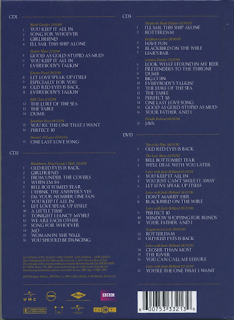 This is a phenomenally excellent box set of BBC Sessions live takes from The Beautiful South and a complete live set from a Blackburn gig. There are also live recordings from Brighton and London too. There are some overlaps with the "BBC Sessions" double CD issue and some that appear only on here (and some also appear only on the other). It would be a totally painstaking thing to tabulate them all, so I will simply say that a fan who wishes to cover all their available BBC Sessions/live concert recordings would be better off getting both of them, as I have.

Despite being a huge admirer of the group's quirkily cynical material, I had never perceived them as being a live act. The songs and their emotive album delivery had always been enough for me. I was pleasantly surprised, therefore, at how good the versions of the material in this set is, both instrumentally and vocally. Paul Heaton's vocals are most impressive and the musicianship excellent.

For reviews of the actual albums that the songs come from, see the listings for those albums. It would be a bit superfluous to go through all the individual songs here. They mostly come from the first three albums and are invariably outstanding. Some of the BBC Sessions recordings are stripped-down, acoustically-driven versions, which are always interesting to hear. As always on BBC Sessions releases as well, the sound quality is uniformly excellent. One problem that these sessions gives, though, is that some tracks are repeated as they are played on several separate sessions, such as You Keep It All In which appears three times. They are different versions, though - a full band one, an acoustic and piano one, and a live gig one.

Overall this is a highly recommended box set from a most underrated group. 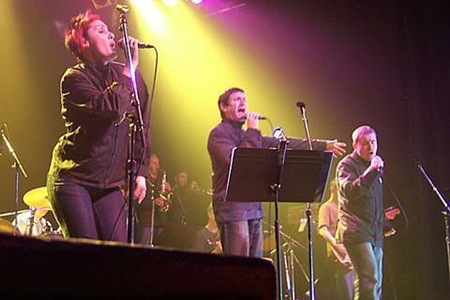