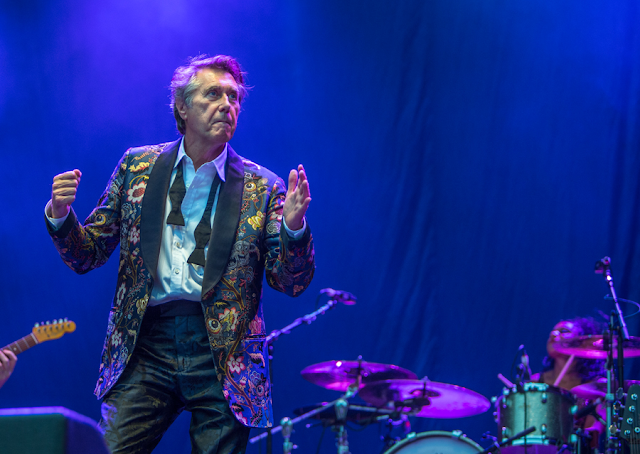 
I was aware of Bryan Ferry from the release of Virginia Plain in 1972, so, by the time of his first solo release in October 1973, he was already quite an important figure in my teenage musical consciousness. I have stuck with him ever since. His solo career has far eclipsed his Roxy Music output and he has been delivering quality albums and live performances for decades now.

His development from the son of a County Durham miner who bought his first record in JG Windows’ shop in Newcastle’s historic Central Arcade to a fox-hunting toff is not something that sits particularly well with me. However, musically, Ferry’s heart has always been in the right place. He has an immaculate musical taste and a keen understanding of musical heritage. His roots are steeped in Motown, soul, British blues and r’n’b, The Beatles, The Stones and Bob Dylan as well as in 1920s and 30s jazz. This taste is reflected in the many songs he has covered on his albums and also in his own compositions.

He is a consummately effortless performer and, despite a few dodgy views he has always struck me as a guy who would be excellent company for a few hours, chatting about music. He is a man of culture and sensitivity. Some of our ideologies may be different but in many other ways I have always liked him. Of course, I don’t know him personally but I am sure you know what I am trying to say.

Another Bryan Ferry/Roxy Music blog that may well be of interest is:-

It comes highly recommended by me, and indeed many others.


REVIEWS - I have divided Ferry's work into two sections- click on an image to read the relevant reviews:-