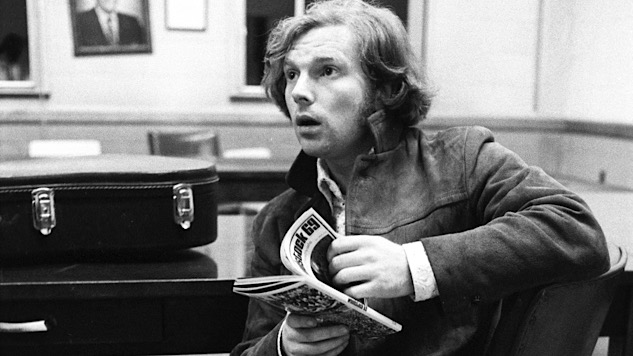 "If it weren't for guys like Ray Charles and Solomon Burke, I wouldn't be where I am today. Those guys were the inspiration that got me going. If it wasn't for that kind of music, I couldn't do what I'm doing now" - Van Morrison


I initially became aware of Van Morrison in the mid seventies, because my friend's older sister had the Brown Eyed Girl single from 1967. I loved that, and also, as a result of David Bowie's cover of Here Comes The Night on 1973's Pin Ups, checked out Them's original version of it, which she also had. From then, though, he sort of passed me by as punk and new wave took over my angry young spirit, until I was walking through Piccadilly Circus one hot afternoon in the early eighties. I went into "Our Price" record shop ( I could show you where it used to be, but it is long gone now, of course) and they were playing this great song - really soulful and with a supremely evocative vocal. I asked the assistant who it was. The song was Crazy Love from Morrison's Moondance album. I duly "got into" Morrison and starting exploring his back catalogue - mainly the early stuff, Moondance and His Band And The Street Choir. Then I started enjoying his more mystical material like Inarticulate Speech Of The Heart. I have been with him ever since, through his various journeys - spiritualism, Christianity, jazz, blues, soul, Caledonian soul - he has been putting out albums very year or so for decades now and I am always able to get something out of all of them. 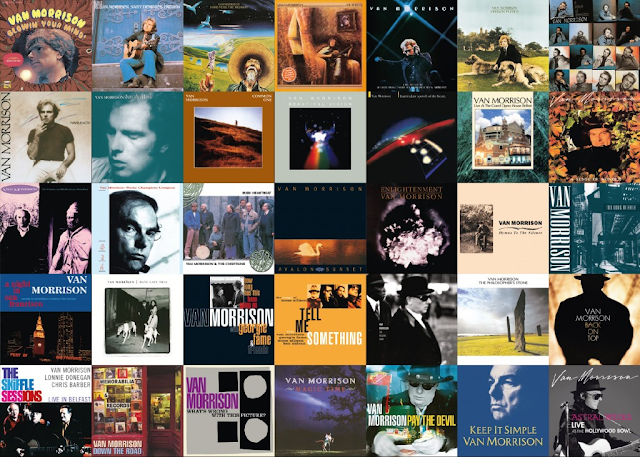 Many have accused him of being formulaic, particularly in his later years. I see him more as trustworthy and honest. You know what you're going to get and if you like it then you'll be fine. The same theory applies to his live performances. On stage banter is a kept to a non-existent level. Good. Just play your sublime music.

The man is, of course, a "complex" character - almost simultaneously giving and generous yet mind-bogglingly mean-spirited. A great quote is that you can still really like his music despite having met him. I should know, my Father was the same sort of man. The thing is, when those characters choose to give, they have so much there to enrich our lives. Van Morrison is one of those people.

REVIEWS - I have divided Van Morrison's work into four sections - click on the image to read the reviews from the relevant periods:-